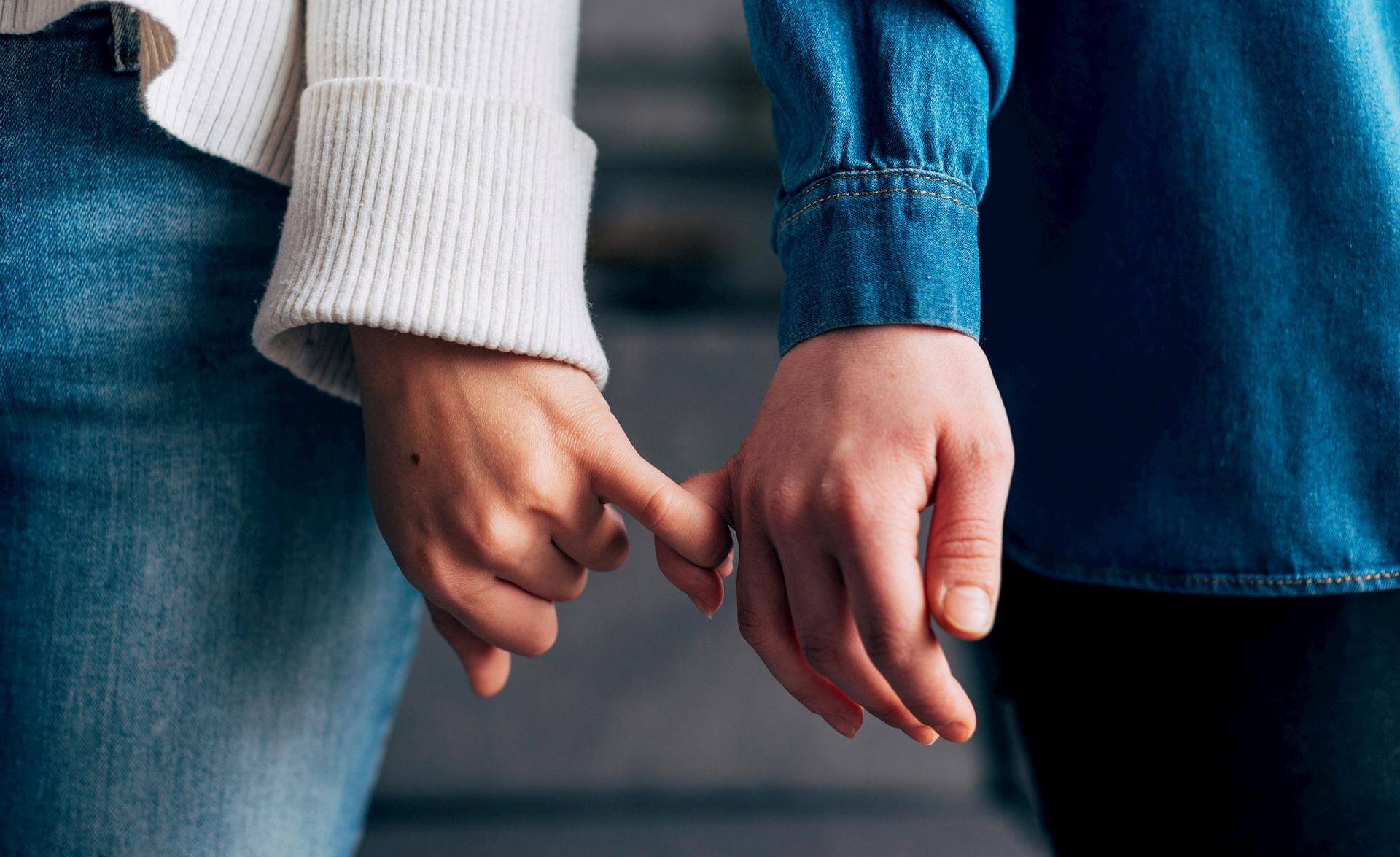 Intimacy and social media are like oil and water – they don’t mix. Yet, there’s a new catch phrase going around that defies that truth: intimate social media. Is it a trend in the making that marketers should know about? Does it embody a social tendency that goes against the original goal of social media? If so, what does it say about who we are today?

My first reaction was to label it as a paradox at best and marketing lingo, at worst. A paradox, because you don’t have to look in the dictionary to suspect that “intimacy” is about privacy, and even secrecy, a state that implies extreme closeness. But if you do look in the dictionary, you’ll see that being intimate is defined as being “marked by a warm friendship developing through long association.”

Social media, at its core, doesn’t seem the most effective channel to find that BFF whom you’ll spend the end of the world with. For various reasons, actually. One: the environment itself. When you think of online communication, you think of fast information, fast messaging and sharing. You are bombarded by so much information that finding friends becomes more important and easier than finding the friend. Quantity trumps quality.

Secondly, think about the purpose of social media. Wasn’t it to bring strangers from all around the world together, to meet and greet in the only way such long distances allowed? Online?

And, in most cases, close relationships, the ones that allow intimacy to develop, happen in real life, after people have known each other for a while and interacted offline?

So, are we talking about a shift here? Could meeting offline become optional for true connections, with social media here? Could virtual lives hold a bigger meaning and facilitate better friendships than real ones?

Social media: Out with the new, in with the old… friends

Let’s start with the facts.

At this point, half of the population of the world uses social media. On average, last year, people spent 2.24 hours not having lunch with a friend or visiting parents, but on social networks. That’s not a lot, right? Especially if it helped them meet new people and consume new content. Knowledge and getting out of your comfort zone is how you grow after all.

But did they spend their time doing that?

Turns out, 45% consumed funny and entertaining content (what better way to escape, right?) with 40% choosing to stay up to date with current events by looking for news. Fair, I’d say. What is interesting is that 39% have used social media to stay in touch with friends and just 30% to meet new people.

It wouldn’t be crazy of us to assume social media (online) is becoming a second environment to connect with your same old pals, after doing that in real life. It is less of a place to connect with far-away people and expand your social circle.

When and why did we change our perspective when it comes to social media?

Before I could answer this question myself, the same digital report put it in bold, big letters:

In fact, 63% of people say messaging apps are where they feel most comfortable sharing and talking about content, with WhatsApp (1.6 billion users) and Facebook Messenger (1.3 billion) taking the 3rd and 4th place in the biggest social platforms top.

In the past year, we’ve confirmed what most of us knew deep down: we’re doing more chatting than content creating and networking on social media.

Those of us who have not turned our life in a business are less inclined to share our daily activities and passions with strangers. We’re updating our public statuses less and chatting more on messaging apps.

Our tendency is to reach and interact with fewer people, people that we actually know from real life or met at least once offline. This paradoxical find is keeping marketers on their toes, now forced to rethink their content strategy.

Intimate social media apps: a new way to keep us in our shells?

App developers are equally challenged. Such stats are making them release features that appeal to the private nature of users or outright create “intimate” apps.

Instagram has played with the idea of Group Stories, after giving users a way to text as a DM in groups. That feature wasn’t made available globally but Stories for Close Friends, was. Today, you can create stories that are viewed only by a select few, those that you’ve created a sense of intimacy with.

If that wasn’t enough, the company went further and created Threads, a separate messaging app where you interact only with the close friends picked on Instagram already.

Big companies weren’t the only ones to adapt to new user behavior, individuals and start-ups did too.

Bedford, for example, is the most extreme app I’ve come across. An app with just two members, its creator, Joshua Kushner and his wife, Karlie Kloss. A place to share texts, videos and photos that disappear 48 hours later, in a very Snapchat-like manner. “For some time, I have been thinking about what it would be like to have a space on my phone for just Karlie and myself,” explains Kushner.

Can’t you do that already in iMessages, though? Or on Instagram even, if you decide to make your profile private and follow and be followed just by your significant other?

Cocoon is a bit more permissive, allowing users to connect to 12 family members. It also stresses the lack of advertisers on its platform. Bedford, too, emphasizes the extra layers of security and privacy it guarantees.

It’s funny how much privacy matters to us today, during our social media activities, when privacy used to be the opposite of social media. Remember – social media allowed us to forge new relationships by helping us open up to the entire world, not keep us in our shells.

After Facebook’s data breach scandal and similar blunders, the need for both is understandable. Advertisers won’t leave social networks too soon.

Of course, for small app developers such as those mentioned above those promises come with risks. One is adoption; the fact that you need one separate app to talk with your wife doesn’t mean others do, too. The second is a consequence of the first: financial viability.

To bypass the two, some people are looking at niches. They discover a common factor for a smaller group of people and provide them with a platform to obsess over it. Catmoji is one of those, created for cat lovers; MeetAtTheAirport is another, built for people who want to connect (and date?) during a layover.

At one point, there was a Cloak app that allowed you to see where your frenemies were so you could avoid them successfully in real life.

Now, there’s the opposite – POD. The brainchild of Tinder and LinkedIn, POD’s idea is to use location services and an acquired database to help you cross the path of a person with similar interests.

As a user, you complete a profile with your hobbies and wait for the social network to identify people with the same interests on a Waze-like map. It’s not a novel idea, by any means, but I guess it could work if you just moved to a new city or country and didn’t know anyone. Or if you’re a freelancer looking not just for a job but for colleagues that can help finish a project.

POD is, however, business-oriented, so advertisers can pop up and there is a Premium version users can access by paying a fee.

Money-making or not, all of the recent apps that promise privacy and intimacy seem to only help users do one thing: stay in their comfort zone.

Rallying users around one discussion topic actually means getting people with the same outlook on life together. Kind of like a support group but without a moderator who knows the purpose of the group or how to achieve it.

Ultimately, how healthy and helpful is being surrounded by people who can only validate your opinions, good and bad, because they are so alike to you? Maybe not at all. It is undoubtedly easier, because you don’t risk facing a divergent opinion or rejection. And without such a risk, you don’t have to question your own outlook on life, you don’t have to change and grow as a person.

I think the fear of being rejected in real life, the fear of offline conflict is making us retreat to online shelters. Real life bonding can become optional if you decide that taking such risks is not worth the trouble.

It may even seem that a virtual life with online friendships is easier and better than a real life one.

As intimacy and social media collide and embrace each other – a trend that’s here to stay, as paradoxical as it sounds -, we’re in a place where what used to be a prerogative of real life is no longer. Long-lasting connections formed by laughing together, hugging eachother, holding hands and running side by side seem easy to reconstruct in a FaceTime, with an AR filter, tons of emojis and GIFs.

After all, why shouldn’t intimacy change and adapt with the times, right?

Then, I remember I’m at home for more than two weeks now, far from friends and parents, #socialdistancing as we all should. And suddenly, I’m not so sure anymore hugs are replaceable.