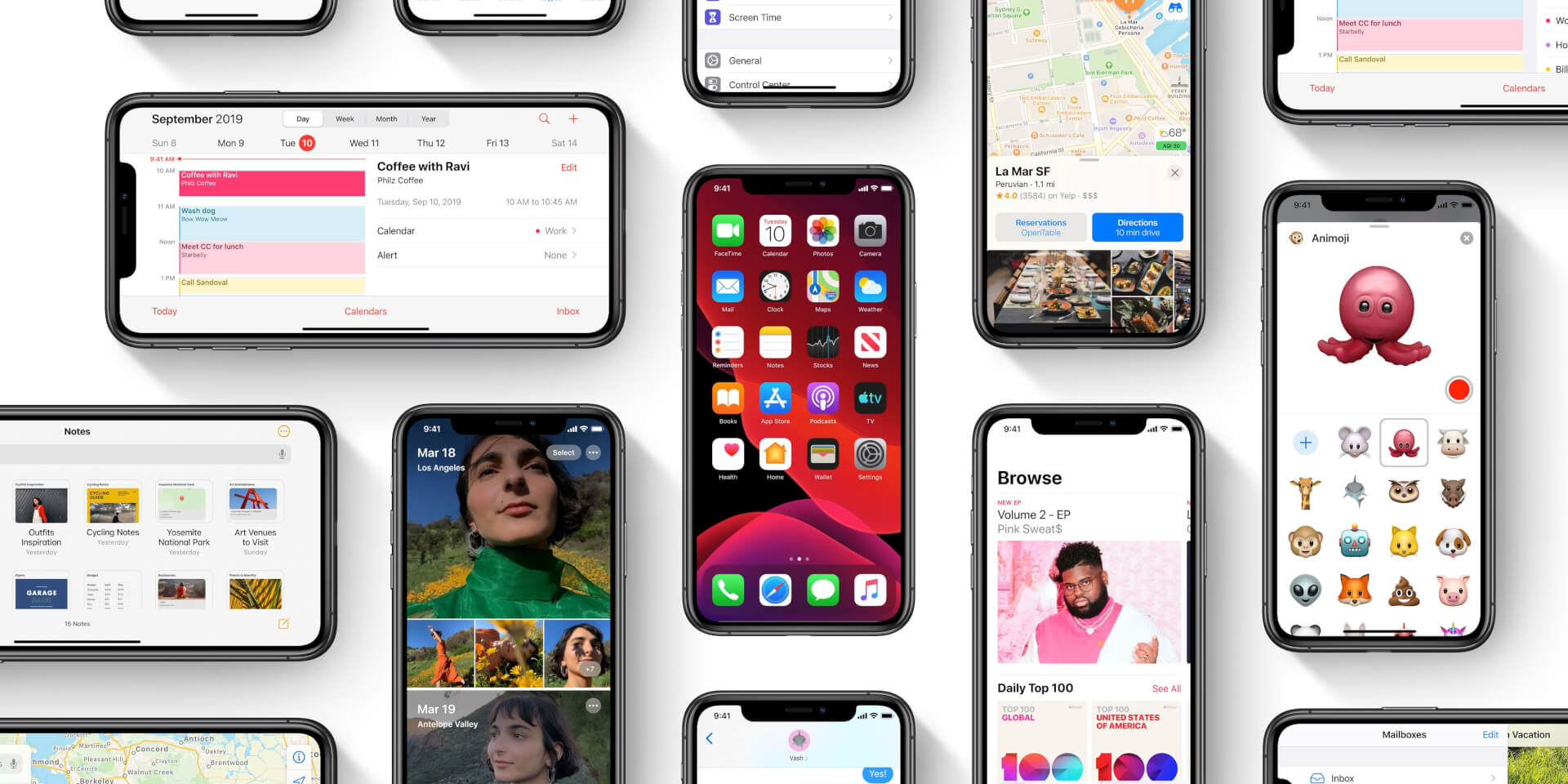 The iOS 13 has been in beta testing for about three months but at long last, it’s finally here and it comes packing a number of new features.

One of them is the Apple Arcade support which allows the users to access a large collection of games for just $4.99 per month. But it’s not only the iPhones that will have access to the feature but also Apple TVs and macOS Catalina (after its launch later in the fall).

You can even connect your Xbox or Playstation controller to your iPhone or iPad when playing the games.

Another feature which a lot of people seem to be getting into and demanding as of late is a Dark Mode – it’s system-wide and can be scheduled to turn on at specific times of the day (at night for example, when your eyes might be a bit too tired to deal with the brightness) or it can be manually enabled via Settings or Control Center.

A few wallpapers to go with Dark Mode are also available and they will automatically change between light or dark.

The Photos app is also receiving some improvements: duplicate photos are hidden and a new tab will allow you to browse your library easier. All Photos will show you everything in the library, and there’s also a way to focus on certain photos by setting them to show by days, Months or Years.

On This Day will resurface images taken in the years before. Other Photos features include smart photo previews, auto-playing, as well as Live Photos and videos.

Of course, the Camera app also received a number of improvements as well: Portrait Lighting intensity can be adjusted now, which means that you’ll be able to smooth out skin, sharpen eyes and overall brighten facial features. A High Key Light Mono effect will also be available for the users who have an iPhone XR or newer.

The Messages app will now let you share your name and photo with your friends and it also features Memoji stickers, an improved search and new Animoji.

The Health App now supports cycle tracking, period prediction, fertile window prediction and period notifications, in addition to a new Summary View. The profile page has also been changed and you will be able to see automatically-generated charts and graphics created with the information received from from other apps and devices.

Location permissions for apps and overall transparency has also been improved: iOS 13 brings about new notifications whenever an app is using your location in the background and new options for granting app access to your location. In addition to that, developers will not be able to access your location via Wi-Fi or Bluetooth.

These are just a few of the most interesting upgrades iOS 13 has backpacked and it’s also worth mentioning that, according to Apple, the users will see improvements in performance as well – app launches are 2x times faster and Face ID also sees a speed improvement of 30%.

However, that’s not the end of it: Apple is getting ready to release iOS 13.1 on September 24th. For this one, the company will be focusing on adding back some of the features the iOS13 bets tests had removed such as shortcuts Automation, Audio Sharing and Share ETA in Maps.