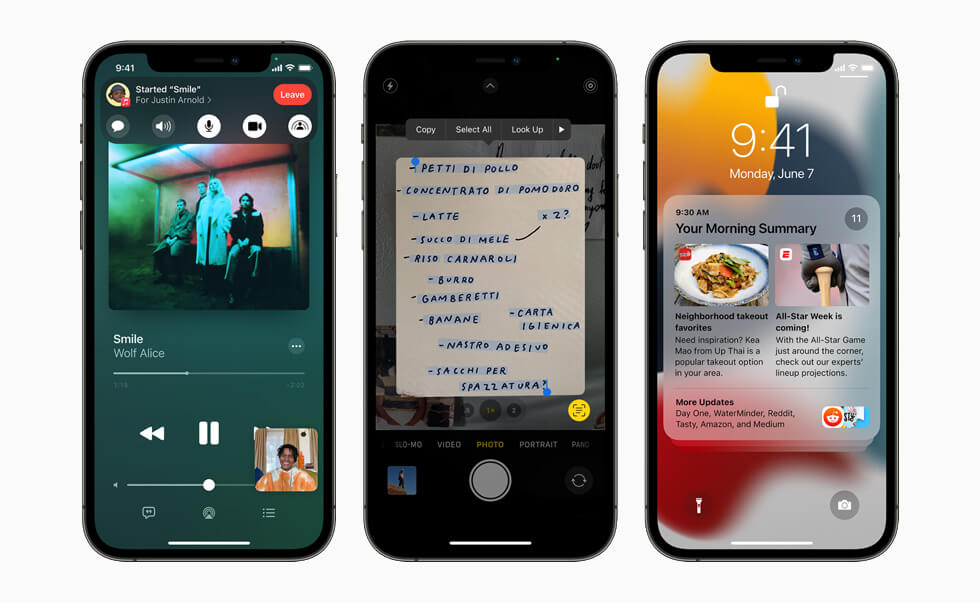 Apple mentions its future plans and software updates to come in the near future during its Worldwide Developer Conference which takes place every year, in June.

This year, the company introduced the iOS 15, which we will soon see on some of our iPhones in the coming months.

To begin with, it will be released at some point this month and it will most likely come along with the iPhone 13. Historically, Apple released its flagships during the first week of September, so we wouldn’t be surprised if an announcement of sorts, or a teaser will make an appearance in a few days.

The iOS 15 was available to developers as of the 7th of June, while the public beta has been around since July.

In terms of features, the one that will be getting a serious upgrade will be FaceTime. Apple added Spatial Audio to it, which promises to make calls more natural. It will be aided by Voice Isolation, which aims to block out ambient noise as well as Wide Spectrum, a feature that will include the ambient noise.

The users will be able to easily switch between the two just by clicking a button.

Grid View and Portrait Mode will be two more additions as well as FaceTime Links, which will allow the users to create a link and share it via Messages, Calendar, Mail, and more. The link will let anyone join a FaceTime call from their Android or Windows web browser.

SharePlay on the other hand, will allow the users to listen to music together or watch a TV show or movie in sync.

The Find My app will now be able to locate devices that have been turned off or erased and it will even let you know if you’ve left any compatible Apple accessory in a location the software does not recognize.

The iOS 15 will also bring improvements to the Translate feature with a Live Translate option.

Siri will also see a bit of an upgrade, which will allow her to inform you regarding any messages or incoming calls, as well as notifications, while you are using your AirPods.

Wallet will receive support for other types of keys – U.S residents from certain states will be able to add their state IDs or driver license to the app and the iPhone with iOS 15 will even be able to allow you to unlock your home, office or even your hotel room. Hyatt for example, is the first hotel group that has partnered up with Apple to allow their customers to do that.

Other apps will also receive a number of smaller improvements such as Maps, Notes, the Weather app, Accessibility and Apple TV.

Focus is a new feature which will keep the users from being distracted, should they need to focus on other things. The feature filters notifications and apps based on what you tell it you are currently doing, as based on four options: Do Not Disturb, Personal, Work and Sleep.
Of course, you will have the option of creating a custom Focus filter.

Live Text on the other hand recognizes text in a photo. You can snap a photo of a phone number and call it and the visual look-up feature will let you take photos of plants and identify them for you.

Which iPhones Will Support It?

According to Apple, iOS 15 will be supported on every phone from the 6S onwards, including the 6S Plus and the 2016’s iPhone SE.