The iPhone 13 has not even been properly revealed by Apple yet but leaks and rumors are already coming out about what might prove to be potential iPhone 14.

Most of us have had to deal with a broken smartphone screen once or twice in our lives and we’re all looking forward to the day when, even if we do drop our devices, we won’t have to take a deep breath to steady ourselves before turning the screen around to reveal the damage.

Apple, of course, like every other smartphone company out there, wants to make its devices more durable, as reflected in the Ceramic Shield that was added to the iPhone 12 range. A new patent that has surfaced recently is further witness to that.

The patent has been filed with the USPTO and shows a structure set up between the screen and the frame of an iPhone which would strengthen it without adding to the thickness.
The edging would be made out of different glass, but, in order to maintain the illusion it’s just one piece, this glass structure would be molded very close to the glass cover in order to present a seamless design. 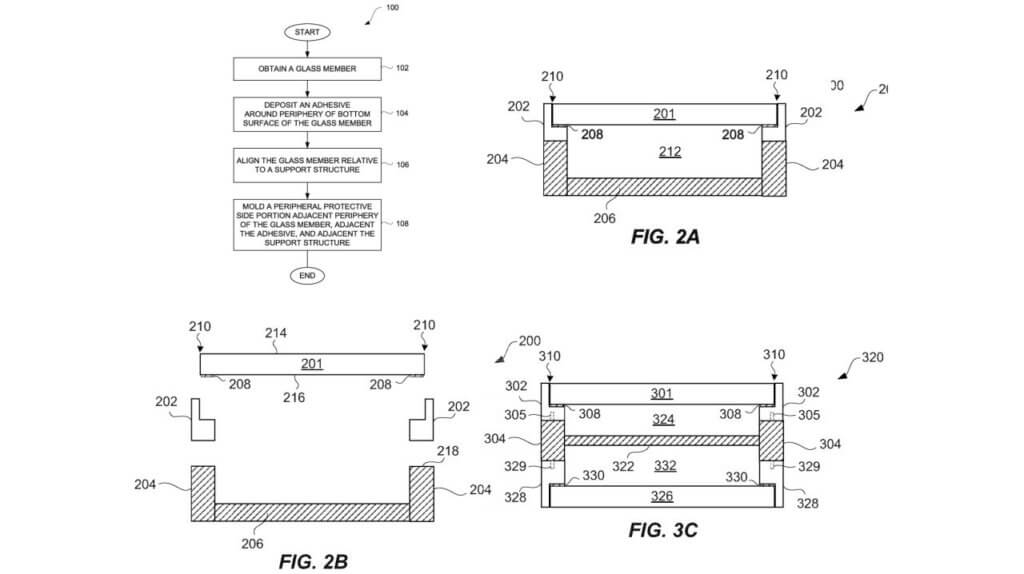 The patent, dubbed ‘Insert molding around glass members for portable electronic devices’ would, in theory, be able to offer protection against bumps without any visible seams. This in turn, might mean that we could potentially see even slimmer iPhones in the future.

THE LOOK OF FUTURE IPHONES?

We all know that smartphone companies tend to file patents left and right and Apple is no exception to that: the company has filed a similar patent back in 2014. The difference is that the 2014 patent featured additional attachment members and divots to attach the cover, instead of the seamless design we see in the new one.

However, all this shows that Apple has been considering the idea for a long time and has continued to improve on it, which can mean that this design, or perhaps an even better one, is something we can look forward to in the next few years or who knows, perhaps even sooner.