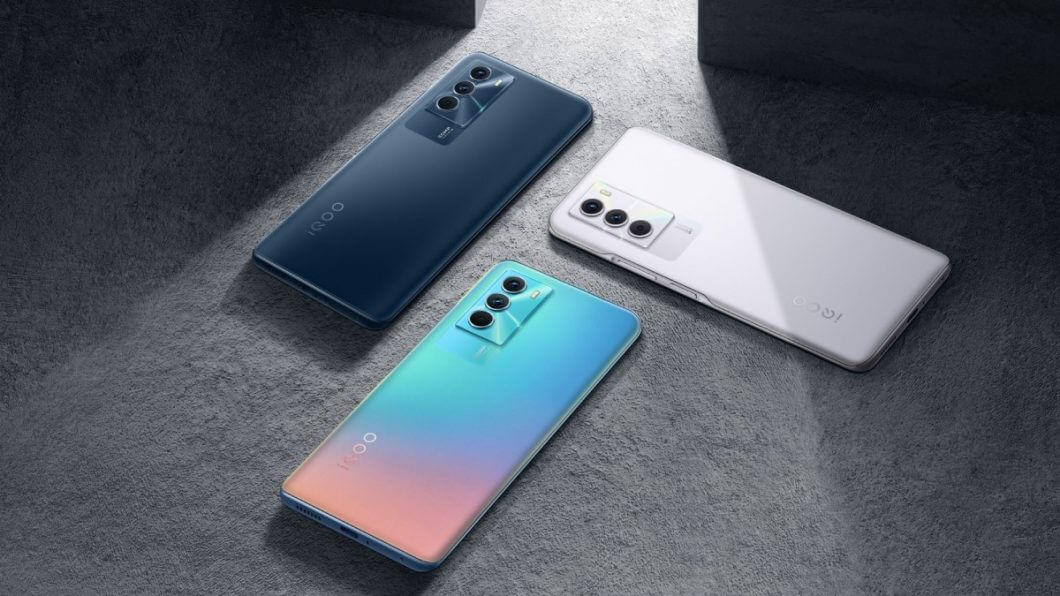 iQOO Neo5 SE was recently unveiled via a teaser published on the company’s official Weibo profile. The device, which will be launched on the 20th of December, will come accompanied by the high-end model of the series, the iQOO Neo 5S.

While we haven’t been given any details about the device’s specs from the company, well-known tipster Digital Chat Station has revealed a few bits and bobs about the iQOO Neo 5 SE, but before we get into that, here is what we know so far.

Thanks to the official teaser, we know that the device will come in three colors: black, white and a blue-purple-peach chromatic option.
On the back, the device features a rectangular camera unit with three sensors. A USB Type-C can be seen at the bottom, alongside the system speaker.

The screen will have a punch-hole design for the selfie camera and might measure around 6.57 inches. It will have an AMOLED screen with Full HD+ resolution, an aspect ratio of 20:9 and a pixel density of 397ppi.

A 50MP will serve as the main camera while we can expect the selfie snapper to be a 16MP, however, this is just a rumor, as the company has not confirmed it yet.

Now, circling back to Digital Chat Station, he claims that the device’s screen will have a 144Hz refresh rate. It will have 55W charging support but a 66W adapter will also be available in the box. 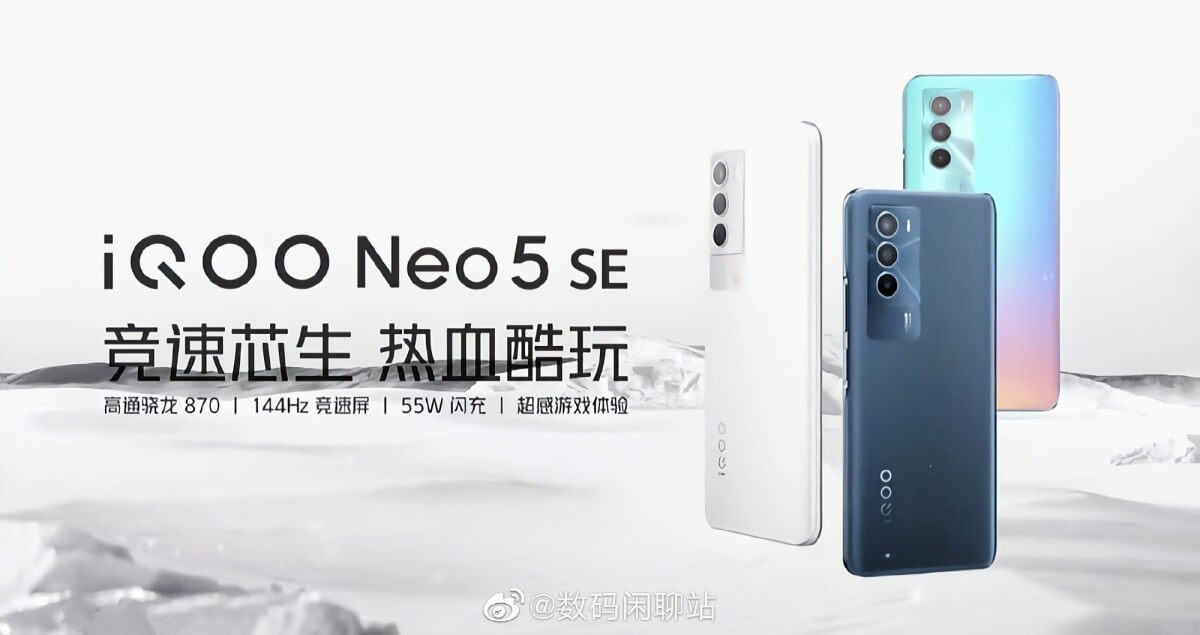 Under the hood we’ll find a Snapdragon 870 chipset and the device will run Android 12 with OriginOS on top.

The leakster also mentioned that the device will come with a price tag of around CNY2,000, which roughly translates to $315.

During the launch event, the company will also introduce the iQOO Neo 5S, as mentioned above. This device, according to the rumors, should feature a Snapdragon 888 chipset, a 6.56 inch OLED panel, 8GB RAM/128GB, an in-display fingerprint sensor, as well as a 4,5000mAh battery with 66W fast charging support.

There is currently no information on the global availability of these devices, but, with just one more day to go, we’ll find out the other pieces of information we’re missing pretty soon.