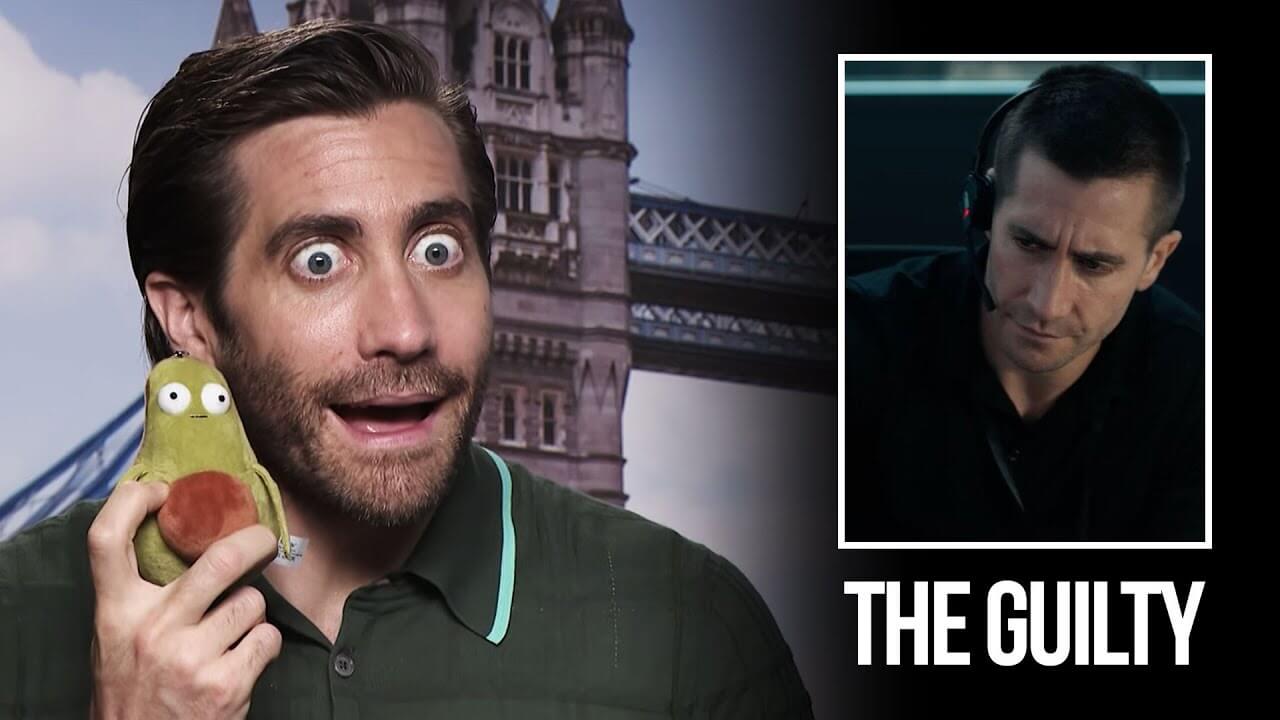 Are you ready for a good movie to finally hit Netflix?

Then tune in on October 1st, when Jake Gyllenhaal’s The Guilty hits the streaming app. What about until then?

Don’t worry: I got you! I compiled Jake Gyllenhaal’s seven most underrated or little known performances and let me tell you, I had plenty to pick from.

But first, let’s see what The Guilty is all about.

Don’t get me wrong, I’m not throwing any shade on Netflix when I’m saying they add no good movies – I’m just making an observation.

Ever since I got my TiVo Stream 4K I see better and better movies and recommendations but few of them come from Netflix, arguably the biggest streaming service out there. With HBO Max launching their blockbusters in cinemas and online at the same time, it’s clear where you wanna go if you wanna see something big.

And that’s why I’m very excited about The Guilty – finally, a new major movie on Netflix, starring one of the best actors of this generation.

The Guilty On Netflix

After turning up amazing performances across all genres, Gyllenhaal is now taking on a very big challenge: a movie where he, and he alone, will be on the screen.

In The Guilty, he’ll play a Joe, former cop who’s now a 911 dispatcher and probably has the worst day of his career. As wildfires rage outside, he has to keep answering 911 calls, raging from obnoxious to truly dramatic. Stuck inside the center, Joe will have to solve a kidnapping using only the limited tools at his disposal.

As you can see, this is the type of role where nothing else matters, only acting skills, and I can think of few dudes more capable than Gyllenhaal.

The Guilty is a remake of a Danish thriller from 2018, which might make some avoid it, considering it’s not an original, but I’d advise you not to.

Because of who’s involved in it. It’s not just Gyllenhaal carrying the weight of this movie alone but also Nic Pizzolatto behind the screenplay, the same dude who created the True Detective series.

Even better, it’s directed by Antoine Fuqua, who made Training Day and produced things like The Magnificent Seven and Southpaw.

And speaking of Southpaw, let’s dive into Jake Gyllenhaal’s most underrated roles and start with that one, shall we?

Southpaw is one of the most heavily replayed titles in my TiVo Stream 4K and I rewatch it every time I want to see some true grit.

If I were to use one word to describe it, it would be “rage”. Pure, unbridled rage and determination.

In Southpaw, you see Gylenhall’s most frightening role yet, as a former boxing champion of the world who had it all – the perfect career, the perfect wife, the perfect family. Then, his wife is killed, his career takes a nosedive and his child gets taken away by social services, so he has to start from below rock bottom to build his life again.

In the same vein but a lot more difficult to watch, I give you Stronger.

This 2017 movie is based on the painfully true story of Jeff Bauman, a man who lost his legs in the Boston Marathon Bombing.

Outside of Gyllenhaal, who gives a perfect performance, most of the minor characters you’ll see in this film, like doctors and helpers, are actually the people who were there to support Bauman after the attack, and some of the most intense scenes are really unscripted.

This is a heavy watch but I think it’s important to see it, since it shows a lesser known aspect of such a tragedy.

The main character here is just a regular guy who went to the marathon to support his girlfriend, and the way he struggles to cope with the idea that he’s a hero is almost too much to bear.

Too much to bear…hmmm..that should have definitely been the tagline for this next movie.

I give you Nocturnal Animals.

This is a sleek psychological thriller that kinda looks like a nightmare version of a perfume ad, all shadows and mysterious women and interesting architecture. It makes sense, since it’s made by Tom Ford, but I’ll tell you – you’ll have trouble sleeping after watching this.

I won’t give any of the plot away but if you love 90s slow burn thrillers, with characters haunted by their past and impeccable cinematography, this is the one for you.

Even better, each and every role is superbly acted.

While Gylenhall will once again leave you in awe with his range, Aaron Taylor Johnson delivers what I think is a career-defining performance, and Michael Shannon ain’t too far behind.

After watching Nocturnal Animals, you’ll definitely need something totally different to shake that mood away, so I recommend you jump into Jarhead.

Another one of my most rewatched movies, Jarhead is a war movie with the same vibe as the Generation Kill HBO miniseries – pure testosterone, pure American ignorance, and pure cynicism, all wrapped up in Operation Desert Storm.

This isn’t your average inspirational war movie but I bet anyone who has ever served will attest to its realism.

I remember I discovered it through a Marine’s review, and boy, I wish I could find that article again to share it with you guys! Jarhead makes no political statements but it’s the perfect movie to watch if you’ve been following the news out of Afghanistan.

But if you want something to move you away from the news cycle, Demolition is for you.

This is a newish movie but for some reason, I almost never see it mentioned, even though it’s pretty great.

Demolition kinda reminded me in some ways of Falling Down, since it follows a dude determined to blow up his life.

Here, Gylenhall plays Davis, a successful businessman who loses his wife in a car crash and starts spiraling.

After some M&Ms get stuck in a vending machine and he sends a complaint letter to the company, he will meet someone that changes everything. This movie starts switching between drama and dark comedy seamlessly and you’re never sure what’s going to happen next. I swear, even if you know most of the tropes, this is one movie that will take you by surprise.

That’s what happened to me with this next one too.

I knew Gylenhall could do most everything but I didn’t expect to see him in a western called The Sister Brothers.

Still, that’s the movie that came out in 2018 with little fanfare.

Don’t get me wrong, it got some awards at some festivals, but there was no major hype.

I blame that on the weird name and maybe the fact that it’s directed by Jacques Audiard, so it’s not an easily recognizable name, but still… It’s a crying shame that this wasn’t promoted more in the US.

With Jake joined by Joaquin Phoenix, who can also do no wrong, and the ever funny John C Reilly, the Sister Brothers is, at surface level, a gunslinger story.

Still, even though it has the usual ingredients, from the saloon to the whisky and the gold, the twist in this movie is totally unpredictable. Go watch it for yourself then come back to tell me if you saw what was coming!

And for my last Jake Gyllenhaal recommendation, I’mma travel way back in time!

October Sky came out in 1999 and its story is set in the 50s but it has a timeless charm.

This is one movie to watch on a good Sunday afternoon or when you want to feel cozy and nostalgic.

October Sky is just…cozy and likeable, I can’t say more about it.

It’s a coming of age story that looks and feels very familiar, but somehow Gylenhall’s performance and the 50s setting raise it above expectations. If you were ever fascinated by space, this is a movie filled with child-like wonder and so much determination, you’ll want to build your own rockets too.

Speaking of you, what do YOU think is Jake Gylenhaal’s most underrated role? These were my recommendations but I’d love to find more movies of his. I’d say I watched about 80% of his work, so there are plenty more surprises in store.

Leave your movie pick in the comments and let’s talk. Also, if you didn’t already, please hit like on this video – it helps me bring you more of this!