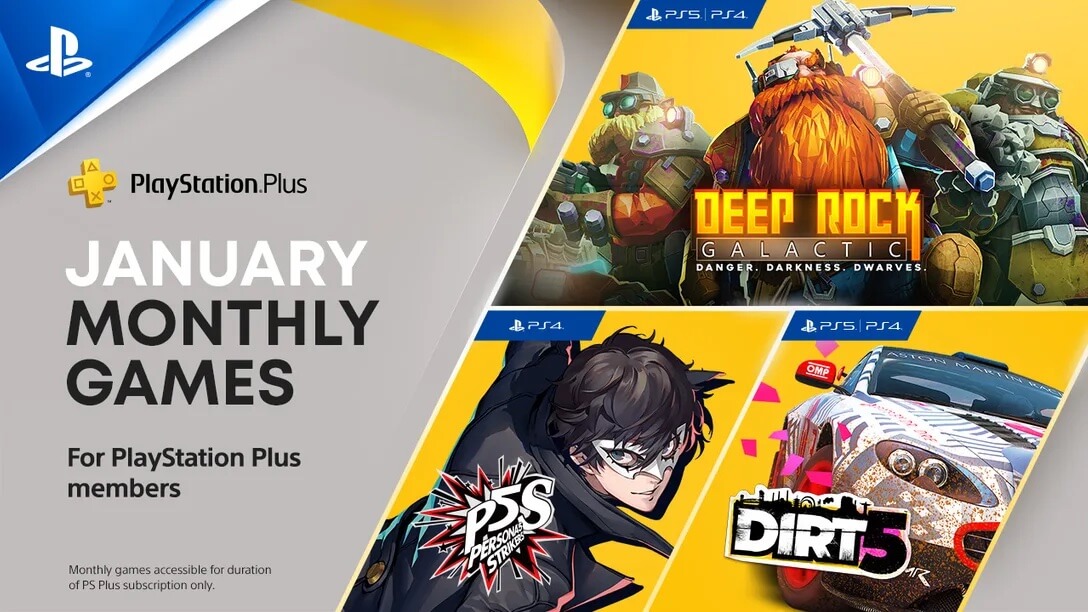 With a new year comes a new set of PlayStation Plus free games for subscribers to enjoy! Whether it be a sequel to a fan-favorite JRPG, an FPS, or an off-road racing game, the month’s selection will have enough to tide most gamers over until February’s selection releases.

Without further ado, here are the games coming to PlayStation Plus starting January 4th as announced on PlayStation.Blog:

Run it back with the Phantom Thieves as a completely new threat takes the team across Japan. Based in warriors-style, hack-and-slash gameplay combined with some of the core elements of the Persona series, Persona 5 Strikers takes a completely new spin in the Persona franchise. It is a direct sequel to Persona 5 so for those who haven’t played it or are expecting story elements from Persona 5 Royal, those aren’t coming. But hey, what’s not to like about more time spent with the Phantom Thieves.

The defining off-road racer Dirt 5 makes its way to PlayStation Plus. Race in an expanded Career mode, four-player split-screen, or online modes through rough, icy, gravel, and sandy road all across the world. Or take to Playgrounds and create your own tracks for you and friends to race on.

You and your team of dwarves are tasked with spelunking a procedurally-generated cave system in search for resources. But within these caves are hordes of alien monsters looking to take you down. By yourself or with a team of 4 players shoot, gather, and survive this thrilling co-op FPS experience.