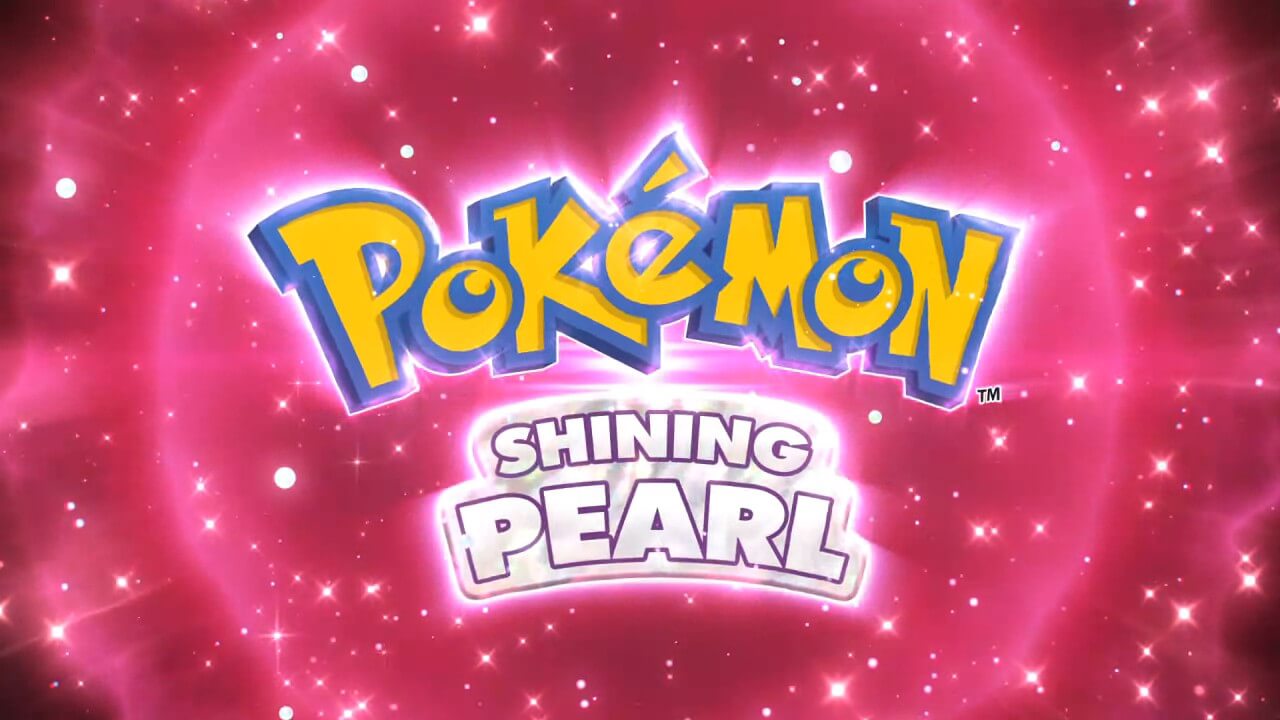 Every wild Pokémon and trainer battle starts the same way. A small animation noting the battle’s beginning, with you and the opposing Pokémon sliding into place. The player then throws their first Pokémon out. A little encouraging yell – “You got this Lucario!” – and then the camera does a little move to add to the theatrics. And if your friendship is high enough with the starting Pokémon, there might be another little comment – “Lucario is excited about your battle strategy.” All said, approximately five second pass from the start of battle to the moment the player gains control again.

As a singular event, this battle intro animation seems insignificant and actually adds a nice little bit of personality to the otherwise monotonous fight about the occur. But by the end of the game, it becomes a chore to watch. The same animation playing again and again with no way to skip adds ups over the course of the game. What was once a fantastic flourish is now stale, a waste of time, and perhaps even a deterrent for playing the game. 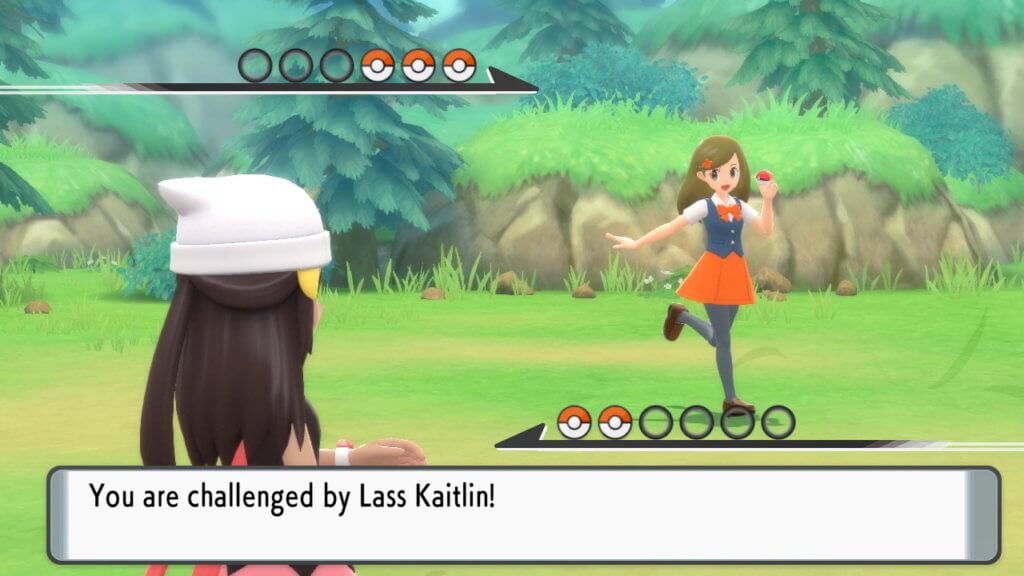 Every battle starts the same way. At first, it’s a nice flourish but eventually, it becomes an unavoidable repetitive cutscene.

This battle animation encapsulates my experience with Pokémon Brilliant Diamond and Shining Pearl.

From name alone, Pokémon Brilliant Diamond and Shining Pearl present as something spectacular. These remakes of the Generation 4 Pokémon mainline games are “brilliant” and “shining,” something so remarkable that even advertising for the game leaned into its radiating grandeur. Naming for previous remakes – Fire Red/Leaf Green, Soul Silver/Heart Gold, Alpha Sapphire/Omega Ruby – were less spectacular and more descriptive of some function of the game.

But, just like with the battle animations, all that glitter was not gold.

You see, Pokémon games have changed very little from game to game. What perhaps seemed revolutionary in the first entry has since been used as the base formula for every single game. Minor changes like Mega Evolutions, Gigantamax, new types, and so on added flair to the games. But at its core, Pokémon is still the same game it was since it first released 25 years ago: catching Pokémon to defeat eight gyms and the Elite Four using turn-based fight mechanics with rock-paper-scissors style matchups.

The remakes helped drive home the reality that the Pokémon Company has failed to innovate. What was once so magnificent has since staled. 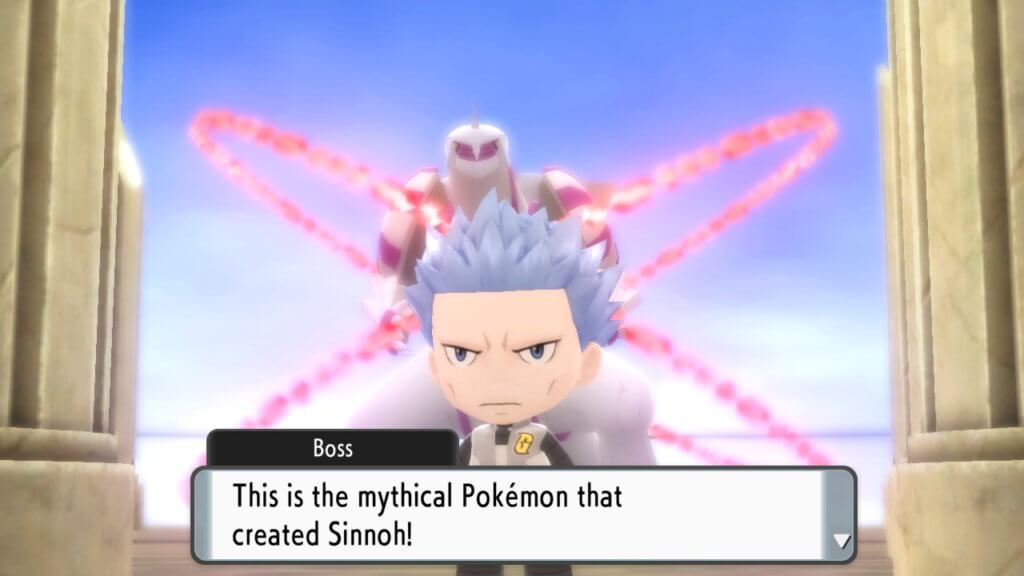 The Chibi style isn’t that bad, but it does make more dramatic scenes like this one like comical.

To all those who might yell foul, yes, Pokémon Brilliant Diamond and Shining Pearl were marketed as a largely 1-to-1 remake of their original counterparts. Being the fourth mainline entry in the franchise, the original entries did follow the formula more closely than in more contemporary iterations. New additions like the Grand Underground and Honey Trees did not change the core gameplay loop too much, but at the time of release, the games were not yet old enough to feel as if they needed a more substantial overhaul.

Certainly the answer would be no. But with the benefit of hindsight and years of technological improvements, remakes should be able to refine what worked well and fix what did not.

To be fair to Brilliant Diamond and Shining Pearl, there were many features added into the game that did make the play experience better. For example, quality of life features like access to PC anywhere, overworld walking with Pokémon, more clear indications of type matchups cut out some unnecessary hassle. Taking inspiration from Pokémon Let’s Go and the Wild Area of Pokémon Sword and Shield, the Grand Underground now has caverns where Pokémon sprites are readily seen in the overworld. These new Pokémon spots underground provide a way for players to get Pokémon that may not have been available until later. The Pokémon Contest is also a little more interactive, with it playing more like a rhythm game than the original. Whether or not that’s a good thing is up to personal preference. 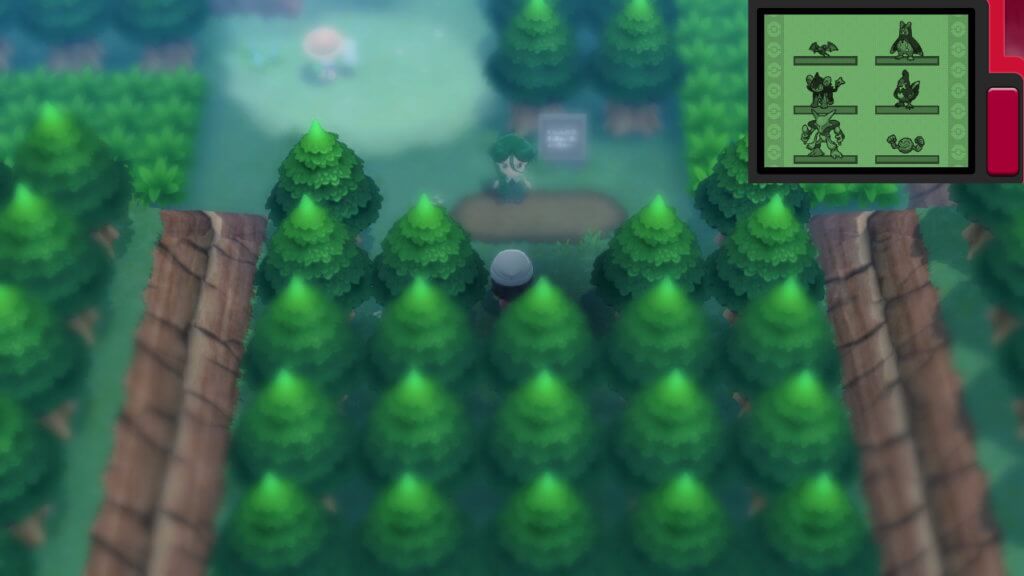 Accessibility for the Pokétch (featured top right) is one of the updates made in the remakes.

There are certainly more updates – graphical improvements, new battle animations, no more HMs, to name a few – but none of them, including the ones listed above, change the main issue of the Pokémon series has faced in recent years: the core formula is just not that fun the nth time around. Even as Brilliant Diamond and Shining Pearl have bells and whistles from newer entries, it still is the same game as every single mainline game release. In fact, some might argue it is even worse now with always-on experience share which make the game comically easy.

Looking purely at sales numbers, some may argue that the Pokémon Company does not need to change anything. The games are selling at an incredible rate, so don’t fix what isn’t broken.

But sales numbers shouldn’t be the end all, be all for games. It is clear that the Pokémon games are stuck in the past as new franchises and titles add more features, change up the catch-em-all style, and make turn-based RPGs exciting. In some ways, it is hard not to see every single Pokémon game as a remake, with surface level changes unsuccessfully masking the lack of deeper refinements.

Pokémon has the sales numbers it has not because of its gameplay but because of the strength of its IP. As fans of the series, is it not ok to wonder when the gameplay will justify its sales? When might Pokémon have its Breath of the Wild or Super Mario Odyssey moment?

Many are looking at Pokémon Legends Arceus to be just that: a dynamic change in the franchise’s formula which could broaden the horizon of what Pokémon games could be.

I truly hope it does accomplish this. For what Pokémon Brilliant Diamond and Shining Pearl only confirm is that there has yet to be a game to dramatically redefine what Pokémon could be since Pokémon Red and Blue.