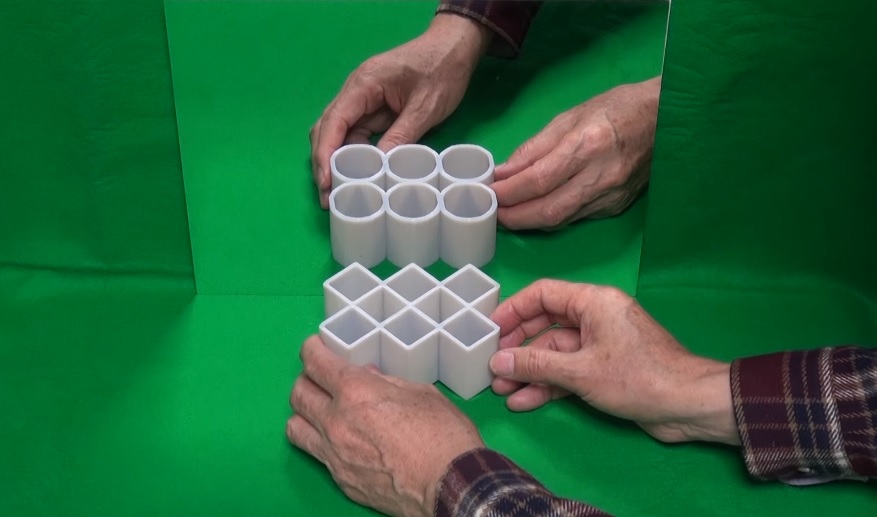 If you’re a fan of mesmerizing illusions, you’re going to love this year’s mind-benders, selected by the Neural Correlate Society’s panel of judges. The first prize was won by the team from University of Nevada Reno, USA while the second place in the competition was taken by an illusion from Meiji University, Japan. Yet, viewers were more starstruck by the Japanese illusion and you’ll see why below #todaymagic

Now, the first illusion started from drifting Gabors. The American team used stationary configurations of drifting Gabors to construct shapes that seem in motion at first. Without changing position, the Gabors can give you the impression that they are indeed bouncing around on the screen:

Now, the Japanese used a mirror and several cylinders to show viewers that their perceptions of the shapes of the cylinders change when seeing the reflections. It’s hard to accept what the eye sees and the brain interprets when you know there can only be one truth: “They look like vertical cylinders, but their sections appear to be different; in one view they appear to be rectangles, while in the other view they appear to be circles. We cannot correct our interpretations although we logically know that they come from the same objects”:

What’s your favorite – the cylinder illusion or the Gabors’ one?