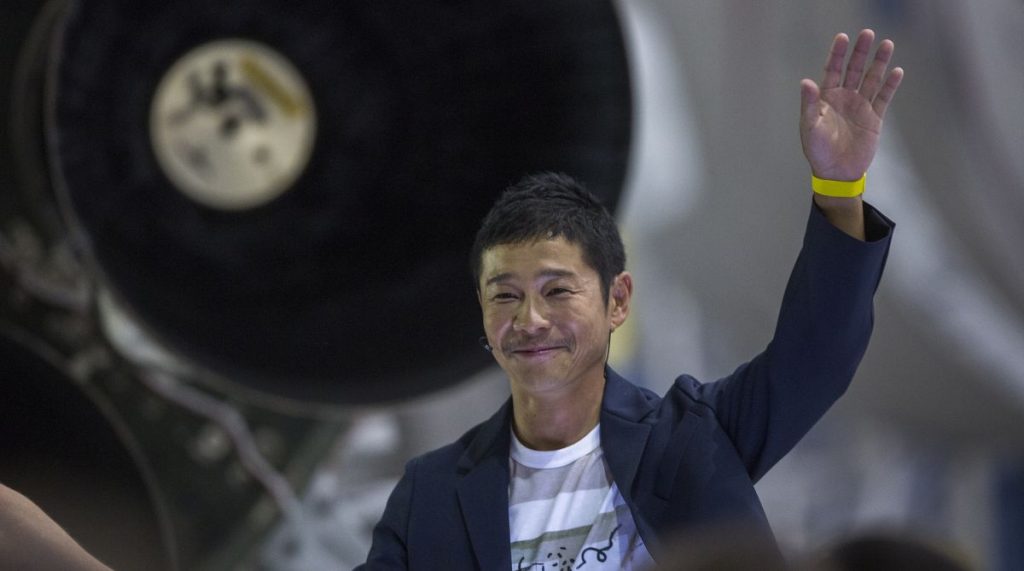 A few days ago, Elon Musk posted a Twitter message stating that SpaceX had signed up their very first passenger to fly around the moon, on board the Big Falcon Rocket.

He promised to deliver all the details on September 18th and now, the identity of the passenger has been revealed. The very first man to board the flight will be Yusaku Maezawa.

Yusaku Maezawa is a Japanese billionaire entrepreneur and art collector. He launched what is now Japan’s largest online fashion retail website, Zozotown and, with a net worth of $3.6 billion, he is the 14th richest person in Japan.

Maezawa expressed interest in bringing along five to eight artists, as part of a project to create art in space, titled Dear Moon.

“What if Picasso had gone to the Moon? Or Andy Warhol or Michael Jackson or John Lennon?” Maezawa said during the SpaceX event “What about Coco Chanel? These are all artists that I adore.”

The travel date and the ticket prices are not known, but the Big Falcon Rocket has been showcased in drawings and renders and would only be ready to fly humans in space in around four to five years, if everything goes according to plan.

According to Musk, the rocket would ideally hold up to 100 people. The volume of its pressurized interior area would be comparable to that of an Airbus A380, which is something that has never been done before.

SpaceX is not the only company that is looking to bring regular people closer to the stars – Virgin Galactic and Blue Origin are also working on space travel ventures, both of which would offer the tourists the experience of 10 minutes in microgravity.

But so far, SpaceX seems to be the only one going one step closer to the Moon.

You can watch the entire SpaceX event in the video below.