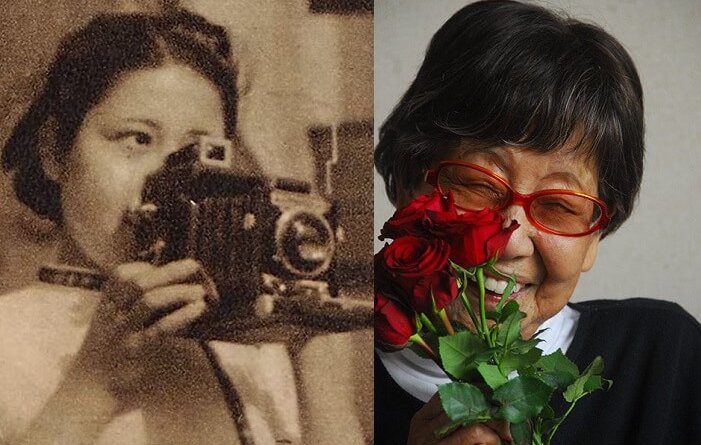 Photography is not about shooting pictures… but about capturing stories and souls. Tsuneko Sasamoto realized that way back, in the 40’s, after becoming a professional photographer and Japan’s first female photojournalist. Since then, she hasn’t looked back, dedicating her life to her calling. Today, at 103 years old, she’s still very much attached to her camera #fotomagic

1914. Tokyo, Japan. A girl meant to make history by capturing history was born. Her parents named her Tsuneko. Twenty five years later, she would find herself amidst Burmese dignitaries, freezing their emotions in time. Later on, she’d be present at the Japan-America Student Conference and the Tripartite Pact Women’s Society between Japan, Germany, and Italy… always with her camera in hand.

Relentless and curious by nature, Tsuneko was a natural at photography. Today, 103 years from the day she came into this world, nothing has changed. Tsuneko Sasamoto is still taking pictures, despite the difficulties posed by her old age; just a couple of years ago, she broke her left hand and both legs. Undeterred, she went to therapy to regain strength and is focusing on a new project titled “Hana Akari,” or “Flower Glow.” It’s an homage to all the friends that fade away.

Her previous book was a collection of her best pictures taken in more than seven decades of work:

Last year, the photojournalist received The Lucie Award for Lifetime Achievement, a recognition for her entire career: “Ms. Sasamoto’s lifetime work has been focused on taking pictures of independent-minded women who have struggled through the hard times of the Meiji Era, when women did not have much freedom or much choice in life.”