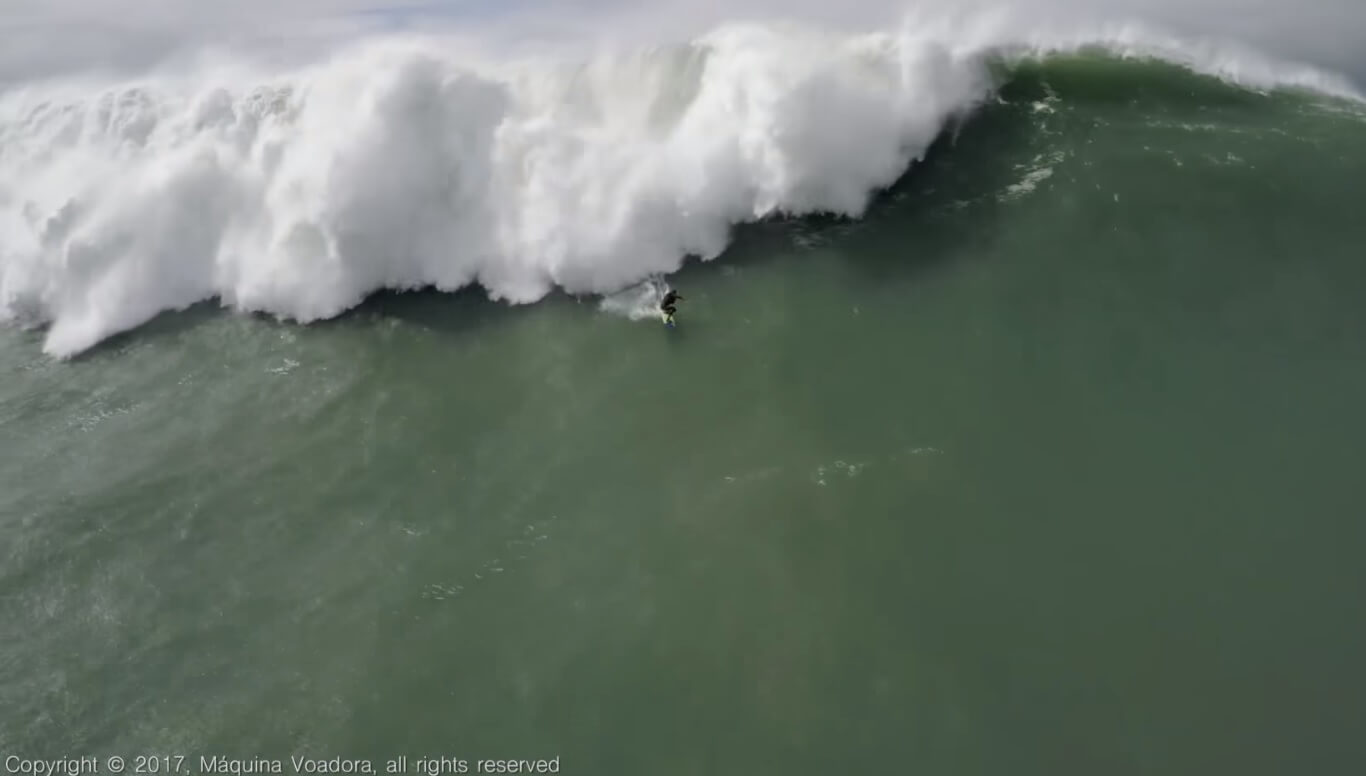 Want to capture nail-biting, edge-of-your-seat drone video? Make sure you send your drone after daredevils on the ground or… on water. In the case of The Big Ugly, the movie that gained top spot at Los Angeles drone Film Festival in the “News and Documentary” category, the drone managed to capture a rescue mission of not one, but two surfers #actionmagic

Last February, Brazilian surfer Pedro “Scooby” Vianna was riding the waters in Nazare, Portugal, when he was confronted by a gigantic wave. The surfer gained speed, letting us believe he can escape the ruthless power of the wave. In a slip of a second though, it caught up with him, forcing him to fly off the board.

Fortunately, a fellow surfer – Lucas “Chumbo” Chianca – was nearby. The drone was able to record the moment he comes on a jet ski to save him. It’s not enough though, as a second monstrous wave engulfs it and they both crash. Fortunately, that’s not the end of them. A second rescuer comes on a jet ski and manages to bring Vianna to shore only to return for Chianca.

The surfer is pushed dangerously close to the rocks. At this point, we’re almost certain that the rescue mission will have a tragic end. It’s sheer luck that makes Teixeira avoid another set of waves to pick the surfer up and bring him to shore, as well.

As gripping as this scenario seems now, you have to watch the movie to really feel the adrenaline coursing through the men’s veins: