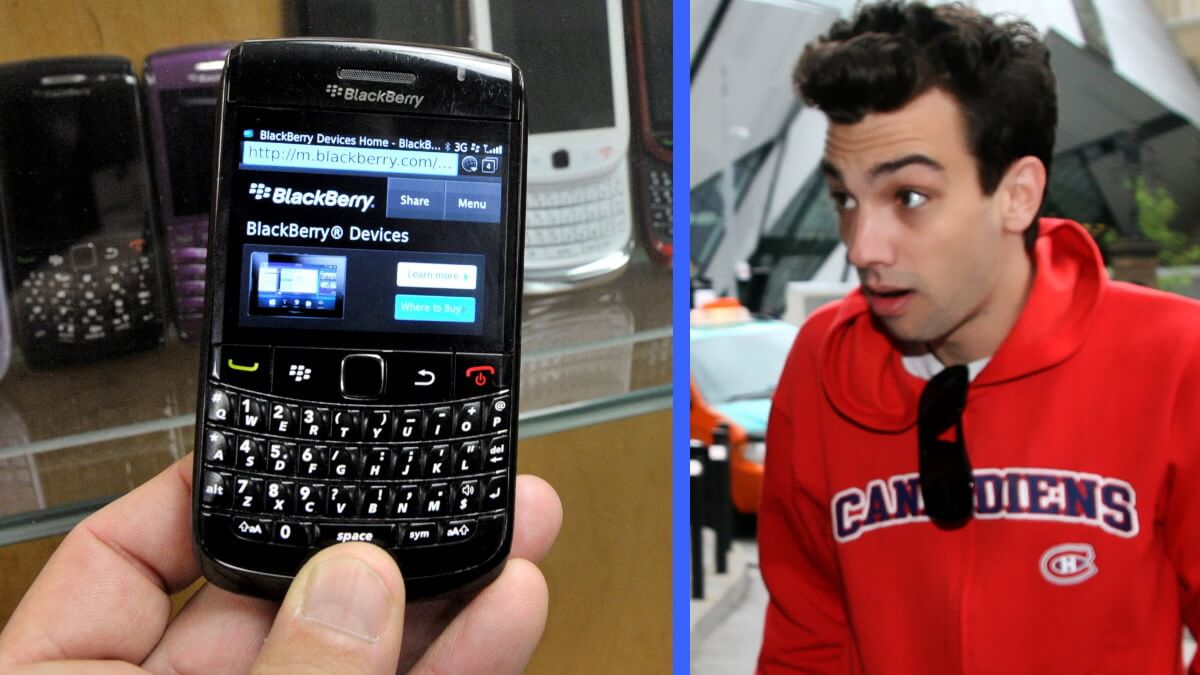 Jay Baruchel of This Is the End and Man Seeking Woman Fame is the lead in a movie about the rise and fall of BlackBerry, the once seen as “status symbol” phone brand.

Baruchel, who has no shortage of geeky roles under his belt, is reportedly attached to the project alongside Glenn Howerton (It’s Always Sunny in Philadelphia).

According to Variety, the movie has already wrapped production.

The story of BlackBerry

Baruchel and Howerton are likely to play the BlackBerry founders and co-CEOs Mike Lazaridis and Jim Balsillie.

Since back in the 90s and early 2000s BlackBerrys were the status symbols for phone users, especially in corporate settings, the movie has plenty of potential to capture audiences – both as a nostalgia train and as a documentary.

The movie is simply called BlackBerry and it’s based on a book that came out in 2015 called  Losing the Signal: The Untold Story Behind the Extraordinary Rise and Spectacular Fall of BlackBerry.

Since that was published, there have been a few attempts to revive the Blackberry line of phones, including having TCL build the BlackBerry KeyONE, but the company is mainly active in the cybersecurity area.

Why did BlackBerry fail?

As for why BlackBerry failed, there are many reasons for its demise.

In 2011, Blackberry held more than 33% market share in the UK but, once the iPhone popularized touchscreens and BlackBerry refused to adapt, the end was near. Then, with Android also gaining ground in the market and the possibility of downloading endless apps, BlackBerry’s OS and closed ecosystem meant that the phones simply couldn’t keep up with the new user-friendly offerings.

Those decisions, along with probably some fascinating behind-the-scenes deals, will probably be featured in the BlackBerry movie.