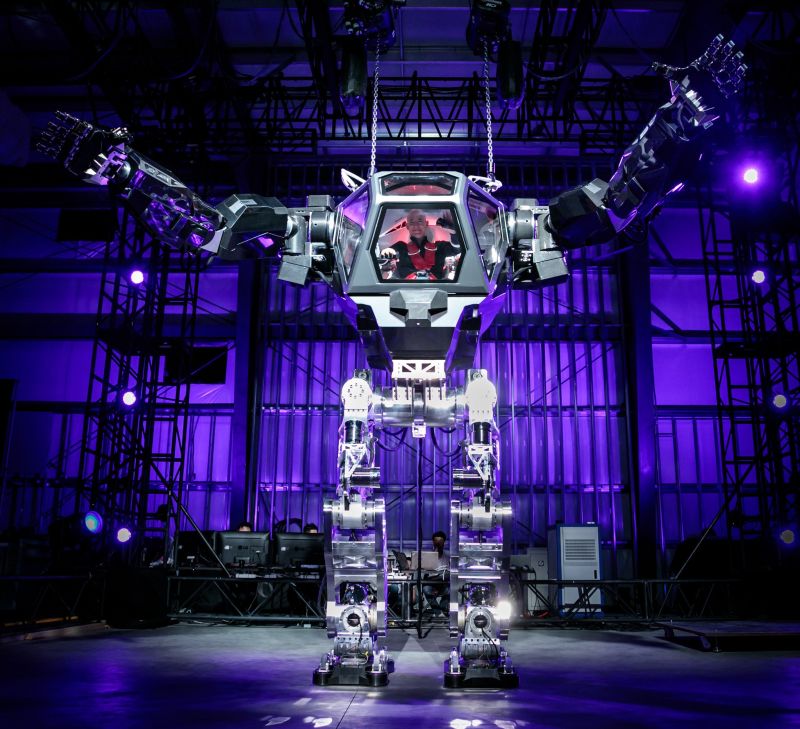 Amazon CEO, Jeff Bezos, had the time of his life at the MARS conference, showing up on stage in a brand new suit. Before you ask why is that newsworthy, let’s just say this was a special “couture” outfit: a 13-foot tall robot #machinemagic

MARS, which comes from Machine learning, home Automation, Robotics and Space exploration, is an invite-only, annual event organized by Amazon.  This year, the fifth richest man in the world and company CEO couldn’t resist the chance to show that he was the biggest man in the room. He slipped “unnoticed” in a huge metal costume that resembled the robots from Avatar. You could see the CEO enjoying himself in the upper area of the robot’s body, where a glass capsule was found.

If you didn’t see that, you can still get an idea of how good it felt to be “on top of the world” from this video:

The robot is called Method-2 and was designed by Korean company Hankook Mirae Technology. Videos showing the robot walk around have been circulating since last year but are probably fake. As you can see in the video, it appears that Bezos has only control of the robotic arms. The entire machine is kept in place by support chains that are attached to the shoulders of the bot. It’s not that it won’t move, it CAN’T.

Nevertheless, it’s pretty badass just to wave from inside a gigantic robot, right?