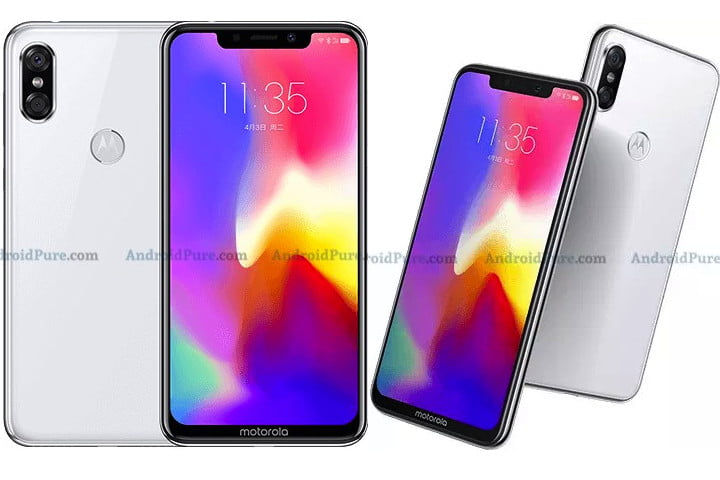 The notch isn’t going away anytime soon, as a new leak reveals that the Motorola P30 will adopt the standard set by iPhoneX. It’s a premiere for Motorola if you exclude the Motorola One alleged pics.

Starting from the metal and glass design with round corners, looking at the notch on the 6.2-inch 19:9 aspect ratio display and inspecting the rear cameras on the back will all land you at the same conclusion: you really have to look closely to realize you’re not holding an iPhoneX.  What’s different on the looks front is the rear fingerprint sensor found in the Motorola logo and yet another logo, so you don’t forget which device you’re holding.

Featuring a Snapdragon 845 paired with 6 GB of RAM and either 64 GB or 128 GB of storage, all of it powered by a 3,000 mAh battery with fast-charging, the Motorola P3 offers plenty of bang for your buck. Looking at the cameras, the back brings a 16 MP + 5 MP combo, while the front 12 MP shooter f/1.8 aperture and AI support will provide you that necessary bokeh effect for your next portrait. What’s notable is that Motorola previously teased a 5,000 mAh battery but, so far, that’s not been confirmed.

However, it’s highly likely that the generous battery will power the star of the P3 lineup, the Moto P30 note, which will start like its sibling at the CNY 1,799 ($290) price point.

For budget-oriented shoppers, the Moto P30 Play will start at $260.

In any case, we’ll find out more tonight, as Motorola has a big unveiling planned for August 15, and we’ll get to test the device at IFA 2018, where all the phone makers are expected.