The Huawei Mate 20 Pro became an instant success with both the regular Huawei users as well as with the reviewers, when it launched, so the company’s next smartphone, the Huawei Mate 30 Pro, will have a lot to live up to.

Though we cant tell for sure when Mate 20 Pro’s successor will make an appearance, the smartphone has been spotted online, on Chinese social media site Weibo. The leaked images -if they show the real phone- confirm the previous rumors that said the device will feature a curved-edge design and an OLED display. 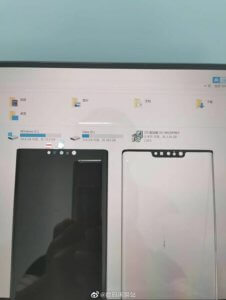 In these images, we can also notice that the phone features a pretty solid notch, which might indicate that the device will come with facial recognition technology, a speculation that arrives as a bit of a surprise, as it was expected that the display will actually host just a punch-hole design. 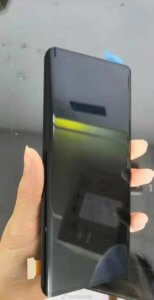 We don’t have any information about what is going on on the back of the phone though and there have been no rumors about the cameras that we can latch on to, for the time being. It is expected that the handset will feature a quad-lens camera but don’t take our word for it. 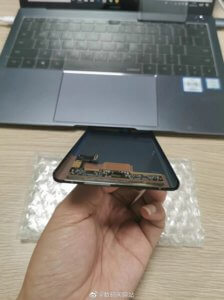 The Huawei Mate 30 Pro is expected to arrive with a 6.7 inch AMOLED display that will feature an in-display fingerprint sensor.

According to some rumors that have been floating around, we’ll find a Kirin 985 chipset under its hood but also a Balong 5000 5G modem that will offer 5G technology and a 4,200mAh battery with 55W fast charging support.

Huawei also announced its latest EMIUI 10, so the phone will most likely feature it out of the box. However, keep in mind that none of these specifications have been confirmed, so take them with a grain of salt.

The company has made a habit of releasing its Mate series smartphones in the month of October, so we’ll most likely see the phone make an appearance then. We can expect to receive more leaks in the coming months though, so we’ll soon have a better picture (no pun intended) of what’s to come.