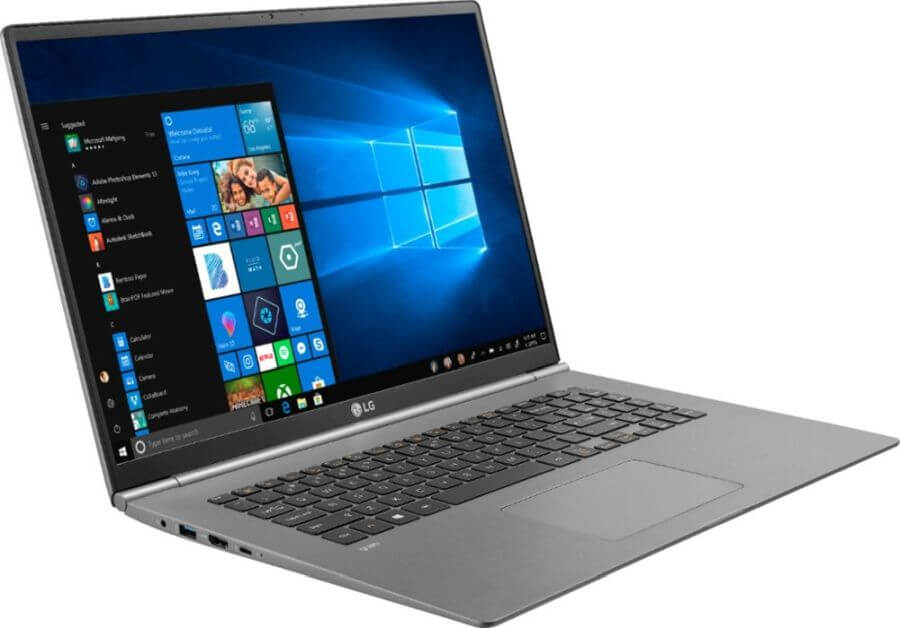 LG is moving fast to cover a gap left by Apple in the market, as 17-inch MacBook Pros stopped hitting the market a few years back. Best Buy just listed the newest LG Gram, another addition to their lightweight laptops.

Once they spilled the beans, Best Buy took the page down but we got a peak at the LG Gram specifications.

What should make you pay attention to the new 17-inch LG Gram is not just the screen size but the fact that it’s incredibly light, weighing almost half as much as the models from HP, Dell or Asus’ VivoBook line. The LG Gram 17 weighs under 3 pounds, which is amazing considering its specs.

Featuring an Intel Core i7-8565U processor paired with 16 GB of RAM and 256 GB of SSD storage for the base, $1700 model, this configuration is pretty powerful considering the laptop’s dimensions.

Oh yeah, and a 19.5 autonomy, which, if true, would be pretty epic for an ultrabook!

However, since the page has been taken down, it’s likely that LG will reveal this lightweight laptop next year at CES. Perhaps feign surprise when the official announcement comes?