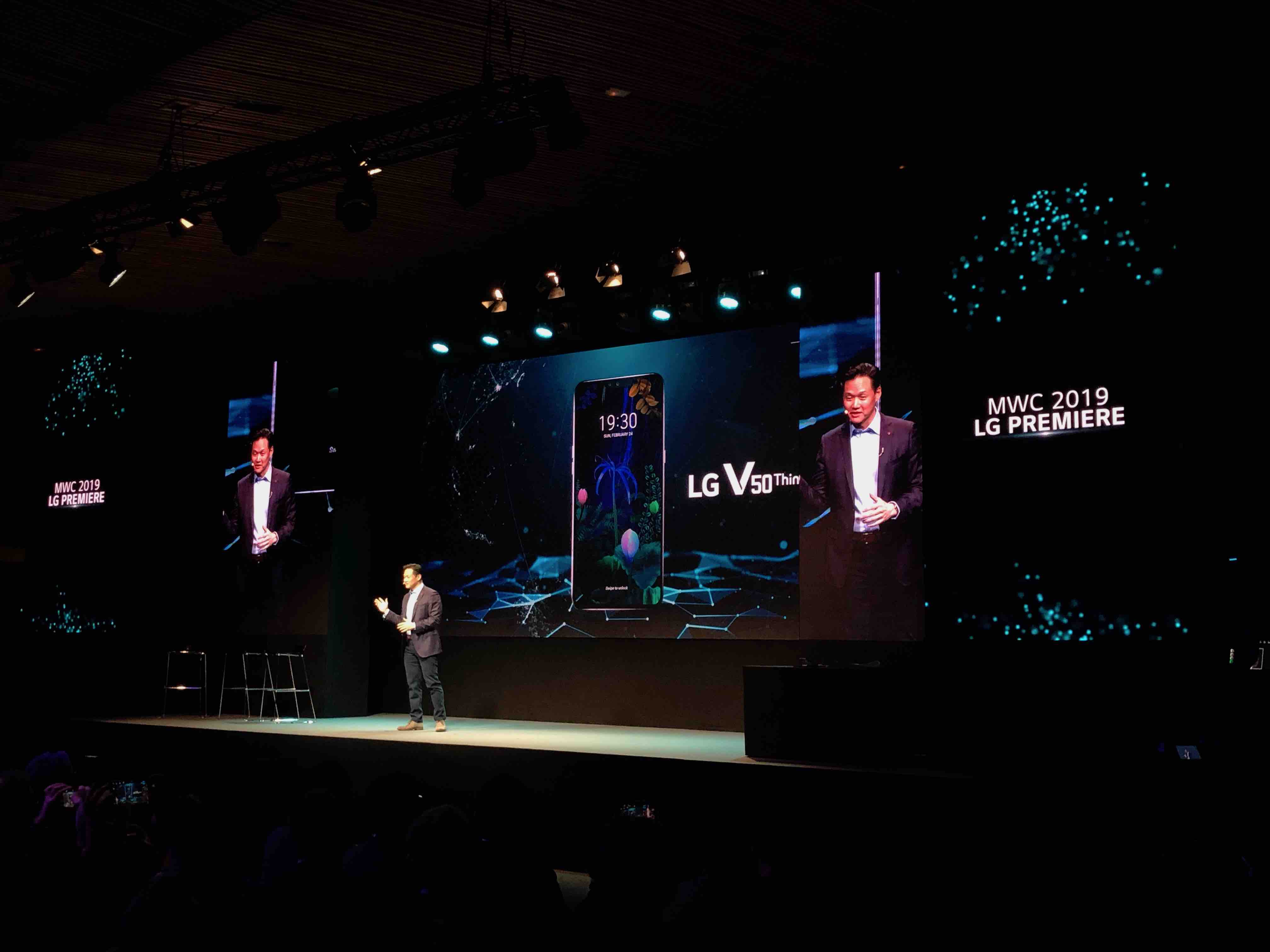 At Mobile World Congress Barcelona 2019, LG started off their press conference by stating their mantra: “Insightful Innovation.” For the multinational electronics company, that meant examining how people use smartphones and creating technology accordingly.

Recognizing the need to do things in real time, LG developed and introduced its new smartphone the LG V50 ThinQ to pioneer the 5G mobile experience. With a 6.4 inch OLED display, 20% improved battery efficiency, and 40% quicker charging speed, this new smartphone addresses many issues of current generation phones while embracing the 5G era.

LG V50 ThinQ is powered by Qualcomm’s new Snapdragon 855 5G mobile platform. This processor is able to make full use of the 5G platform as it can do 7+ trillion operations per second resulting in 3x the performance improvement from previous iterations.

Also announced for the LG V50 ThinQ is the LG Dual Screen. Although attached, the two screens can work independently. You can play games with a dedicated game pad, watch two videos at once, and multitask in many different ways. This Dual Screen truly allows for flexibility of content and with the power of 5G, this experience will be seamless.

It can be said that one of the most important features of a phone is its camera and in a way, LG delivered with its LG G8 ThinQ. With the G8 ThinQ, LG leveraged new computer vision technologies to go “beyond touch” as they so eloquently put it.

Through their new Z Camera, the G8 ThinQ focuses on depth. By calculating light response time, the Z Camera can evaluate how far an object is and act said distance. This new time of flight technology, powered by Infineon’s Real3 Image Capture System, enables a variety of new smartphone interactions.

Through this, the G8 ThinQ offers a new differentiated security system, Hand ID, that works through vein authentication. This system is one of the most secure as the probability of two people having the same vein structure is less than 1 in 1 billion and because it is difficult to hack through 3D images or otherwise.

Additionally, the Z Camera powers the 3D interface. Time of flight technology allows the G8 ThinQ to respond to different hand motions, a system LG calls Air Motion. By moving your hand in above, but not touching, the screen, you can wake the phone up, adjust volume, take photos, or launch applications, among other things.

Another cool feature powered by the Z Camera is the camera itself! Because the Z Camera calculates depth, you can add bokeh (blurred effect) in real time and adjust depth by up to 256 steps.

With all the new insightful innovations they LG team managed to pack into such small devices, it certainly wasn’t surprising that many of the press reporters were scrambling to their demo room to test them out. Our hands-on review is coming soon, so stay locked in with TechTheLead!