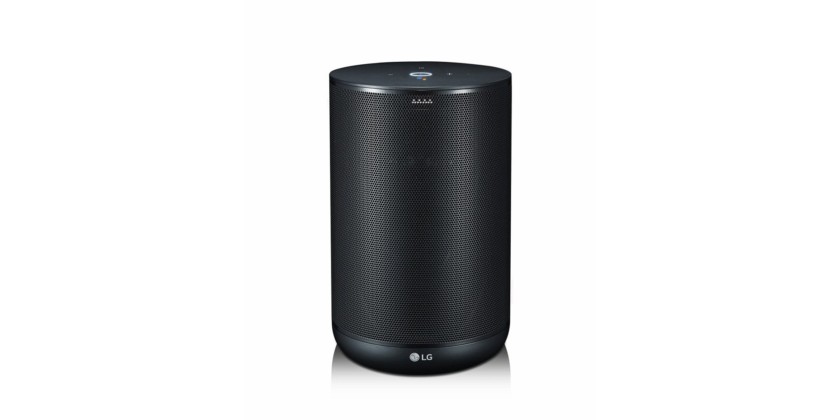 In a sea of smart speakers, will LG’s device be different enough for us to care? That’s the question we’ll get to ask and find an answer to next month, at CES 2018. The company announced they were going to unveil a series of smart devices, starting with the ThinQ Speaker developed in partnership with Google #objectmagic

LG is giddy about launching their first AI home devices, after companies like Amazon, Apple and Google paved the way in 2017. It’s not wrong to join the crowd, but did they thinq it through? With powerhouses like those three releasing home speakers in all forms and shapes, they certainly have “go big or go home”.

In the current tech landscapes, they either wow their customers with an unbelievable design/set of feature or they’ll likely be met with disappointment. That’s why is going to be particularly interesting to see their ThinQ Zone at CES, from January 9-12th.

There, LG will show a handful of ThinQ products, starting with the Google Assistant-powered speaker. Their “first premium smart AI audio product” will be powered by Google’s mighty AI. It’s said to offer great audio quality, with support from Meridian Audio, the British firm LG has partnered with. ThinQ Speaker should, therefore, deliver “more natural and warm sound”.

Is that enough to make it appealing for the majority of customers? We’ll have to see, although, price will be extremely important as well. In the end, it might be the deciding factor, if the speaker turns out to be pretty much a carbon copy of Amazon Echo.