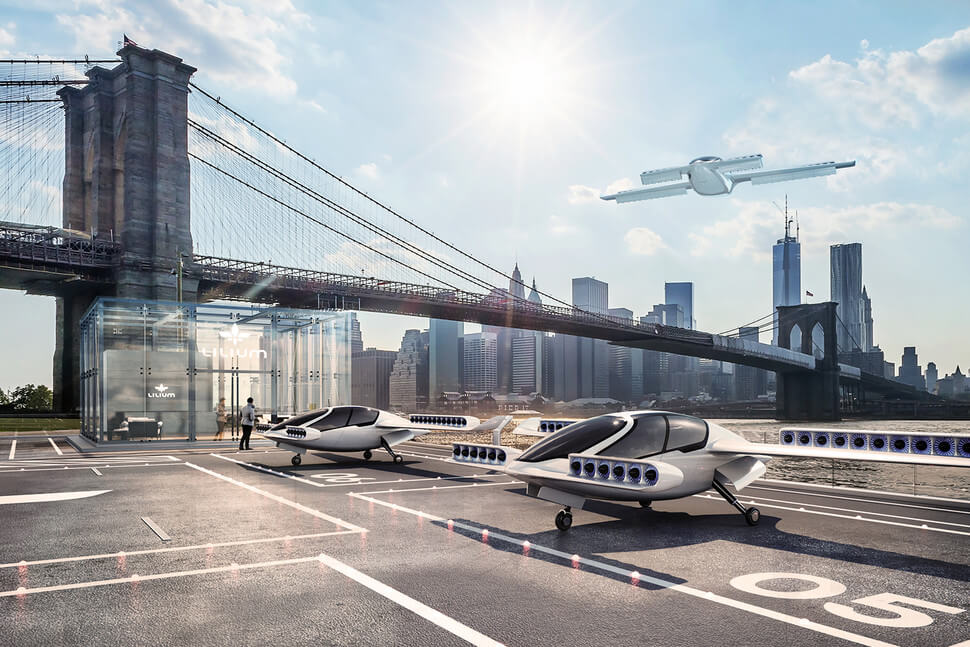 Last year, German startup Lilium Aviation revealed their “S.H.I.E.L.D Helicarrier” idea of a futuristic car. Now, the electric vertical jet has passed with flying colors its first test and is eyeing the market for a debut in 2018 #automagic

You’ve heard about VTOL previously, here, on the site. To us, it looked like the more affordable, environmental-friendly version of S.H.I.E.L.D’s Helicarrier. With its clean design and vertical take-off, it’s pretty obvious why we made the association. As futuristic as it looked, we didn’t know if the startup could pull off more than a concept. But now we got our answer; Lilium Aviation ended the first successful vertical takeoff and transition between the jet’s hover mode and forward flight mode.

The entire time, the jet was controlled remotely by a pilot from the ground at the private airfield in Bavaria. It wasn’t pushed to its limits so they could see how much speed it could withstand, though, since those were restricted by the airspace. Still, the spec sheet for such a jet shows a maximum range of 185 miles on a single charge and a maximum speed of over 185 mph. Initially, the company estimated much more power and range but hey, a lot can happen in one year…

Otherwise, the Lilium VTOL is pretty impressive. It’s powered by 36 electric engines, each of those being contained individually. This makes crashing the plane virtually impossible, since one engine failure doesn’t affect the rest. There are 12 flaps that act like steering surfaces once the plane is in the air. In the first phase, the fan engines are directed downwards so the vehicle can hover and climb until the altitude desired. Then, those go backwards as the jet moves in forward.

At that point, the pilot can take over the jet although the technology helps enormously in flight: “As a pilot you won’t have to worry about controlling the flaps. You simply push the throttle stick forward and the on-board computer controls all engines and flaps. There is a seamless transition from hover into cruise flight and you can perform turns in any flight state in between. “, explains Lilium Aviation.

The aircraft is also equipped with several power cells in case anything goes wrong with the battery. There’s no telling how much a two-seater, zero-emissions jet like this is going to cost, but it will work as an air taxi service. Plus, they’re planning on developing a taxi or ride-sharing vehicle with five seats!