Long-distance Photography? This Camera Can Photograph People 28 Miles Away 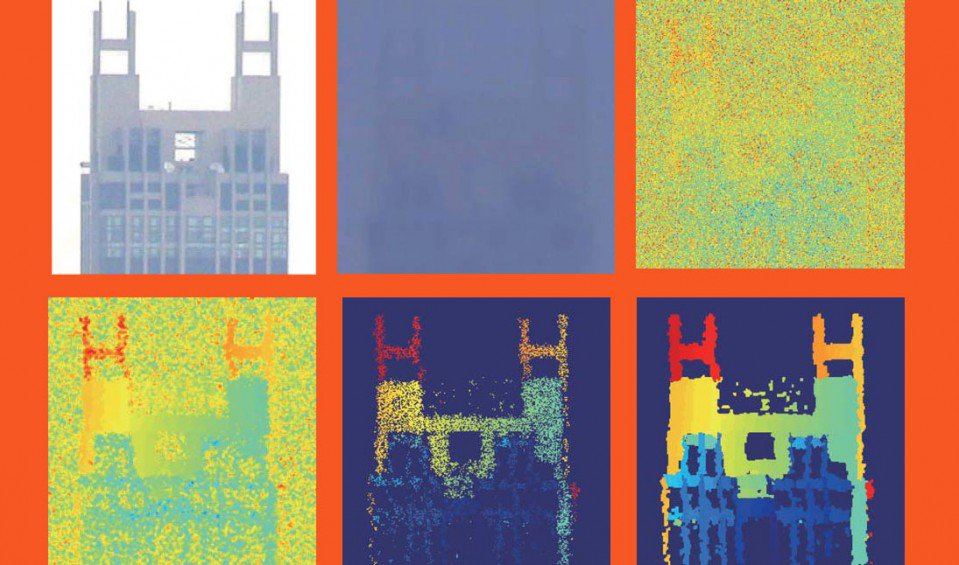 I am not a photographer myself, but, knowing a few who actually have an idea of what they are doing when holding a camera, I got a bit of an idea how hard it is to photograph objects or subjects that are far away and how capturing just the right amount of light at great distance is no easy feat.

A lot of things can ruin that type of image, from the atmospheric conditions themselves to pollution and, of course, if you’re set up high enough, the Earth’s curvature.

But physicists love to set themselves against seemingly impossible odds – Zheng Ping-Li and his colleagues from the University of Science and Technology of China, Shanghai, have managed to come up with a technique that allows you to photograph subjects that are as far as 28 Miles away (45Km).

The technique is “based on laser ranging and detection, or lidar—illuminating the subject with laser light and then creating an image from reflected light.”

The photons reflected from the subject itself return to the detector in a specific time window which is distance-dependent. Any other photons that arrive after this window can be easily ignored. This reduces the noise and also aids the LiDAR systems be more sensitive and distance-specific.

Zheng Ping and his team used an infrared laser with a 1550 nanometer wave length in order to make it work better in urban environments. Alongside it, they added a repetition rate of 100 kilohertz and a power of 120 miliwatts.

These specific details allowed the system to be safe for the eyes and made it easier for the team to filter solar photons, which would have been responsible for overloading the detector.

By playing around with the timing and an astronomical telescope with an aperture of 280mm that the researchers send and receive the photons through, they managed to pick up photons reflected from different distances to build up a 3D image.

The final step the team did was to develop an algorithm that can create one single image from the data it receives.

In a final test, the researchers placed the camera on the 20th floor of a building on Chingming Island in Shangai and directed it at the Pudong Civil Aviation Building, around 28 miles away. Thanks to the new technique, they managed to create an image with a resolution of 60cm.

“This result demonstrates the superior capability of the near-infrared single-photon LiDAR system to resolve targets through smog,” they said.

Even so, the team doesn’t plan to stop here – they see this technology being implemented in remote sensing, airborne surveillance and target recognition. Considering that the device is about the size of a shoe box, it’s relatively easy to carry around.

Zheng Ping hopes that they can continue to work on improving it in the near future: “Our system is feasible for imaging at a few hundreds of kilometers by refining the setup, and thus represents a significant milestone towards rapid, low-power, and high-resolution LiDAR over extra-long ranges.”