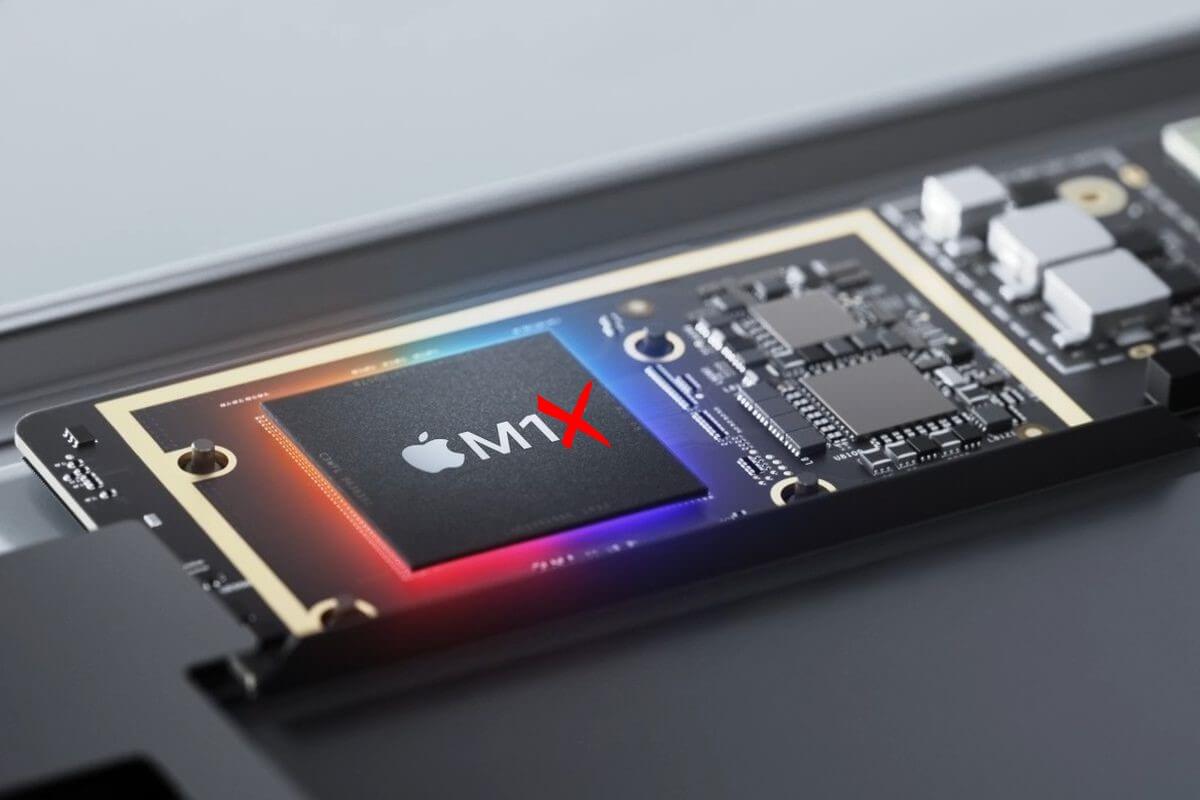 A new leak on the CPU comparison and benchmarking site CPU Monkey hints that Apple’s upcoming M1X chip, the successor to the M1, might be soon available in the new 14-inch and 16-inch MacBook Pro models.

The M1 chip, which has eight cores equally split between 4 high-performance cores and 4 high-efficiency cores, can be found in the recent line of MacBook Airs and MacBook Pros. But if the rumors are true, the new M1X CPU will come with no less than 12 CPU cores, divided into 8 high-performance ‘Firestorm’ cores and 4 efficient ‘Ice Storm’ cores. The information has been confirmed by tipster LeaksApplePro, who quoted his source as stating “if you think M1 is fast, you haven’t seen M1X,” upon testing a prototype of the chip.

However, compared to the original M1 with its 8-core GPU with 128 execution units, leaked benchmarks from a “pre-sample” suggest that the incoming M1X could offer up to double the graphics performance, by sporting 16 cores and 256 execution units instead.

If this is proven to be true, it means that M1X will sport a more impressive upgrade in the graphics department and show a vastly superior performance than the previous generation of MacBooks powered by Intel chips. But just like its predecessor, the chip will still be clocked at 3.2GHz and will be based on a 5nm production process. Instead, at least according to the leak, the Apple M1X will also feature an increased TDP of 35W-45W and support for up to 32GB of LPDDR4X memory and PCIe 4.0 storage.

Ever since 2005, Intel has had a strong partnership with Apple so, it’s somewhat expected that Intel would see the new Mac computers with Apple’s own chips as a threat. But, Intel’s new campaign, which has been aggressively running on Twitter, openly mocks Apple’s M1 Macs by comparing them to Windows PCs while claiming that “only a PC offers tablet mode, touch screen and stylus capabilities in a single device.” So there are some hurt feelings between the two parties.

Although it is close to impossible to accurately verify if the leaked specifications are indeed accurate, Apple doesn’t seem to be solely focusing on M1X as its only ARM-based processor. According to a Bloomberg article from last month, the tech company is also developing and testing CPUs that boast 32-core GPUs.

But for the moment, the M1X chip is rumored to debut in the second quarter of 2021 as part of the new MacBook Pro 16-inch 2021. However, it remains to be seen if this will apply, considering the recent speculation that suggests delays in the launch of the first Apple Silicon-powered iMac, from the initial March date to a tentative October.