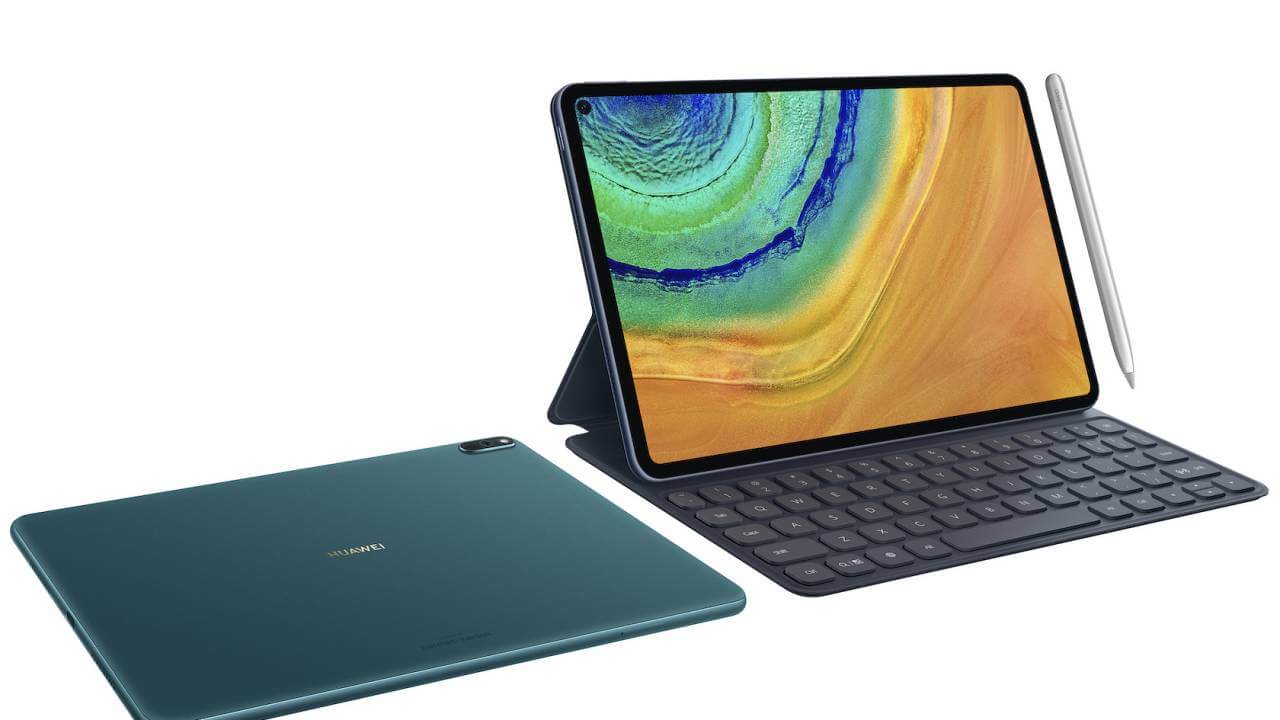 Legal-wise Huawei might still be in hot water but the company is pushing ahead with its 5G devices.

The MatePad Pro 5G features this next-gen connectivity and ups the ante with two-way wireless charging and screen mirroring with paired phones.

Because of the security woes and bans, the MatePad Pro uses the open-source Android but can’t ship with any Google apps or services like the Play Store, so it will have the AppGallery as the core functionality.

Huawei points out that the MatePad Pro is the first tablet with wireless charging.

Not only does it charge at up to 27W but you can also use it in reverse-charge, to top off the keyboard case, the stylus, a smartphone or headphones at up to 7.5 W.

In just 30 seconds of charging, you can use the M Pen for 30 minutes.

Charge it for an hour, that usage time goes up to 10 hours!

While reverse-charge on the MatePad Pro 5G works with one device at a time, the stylus is exempt from that rule – you can wireless charge your phone for example and attach the stylus to top it off simultaneously.