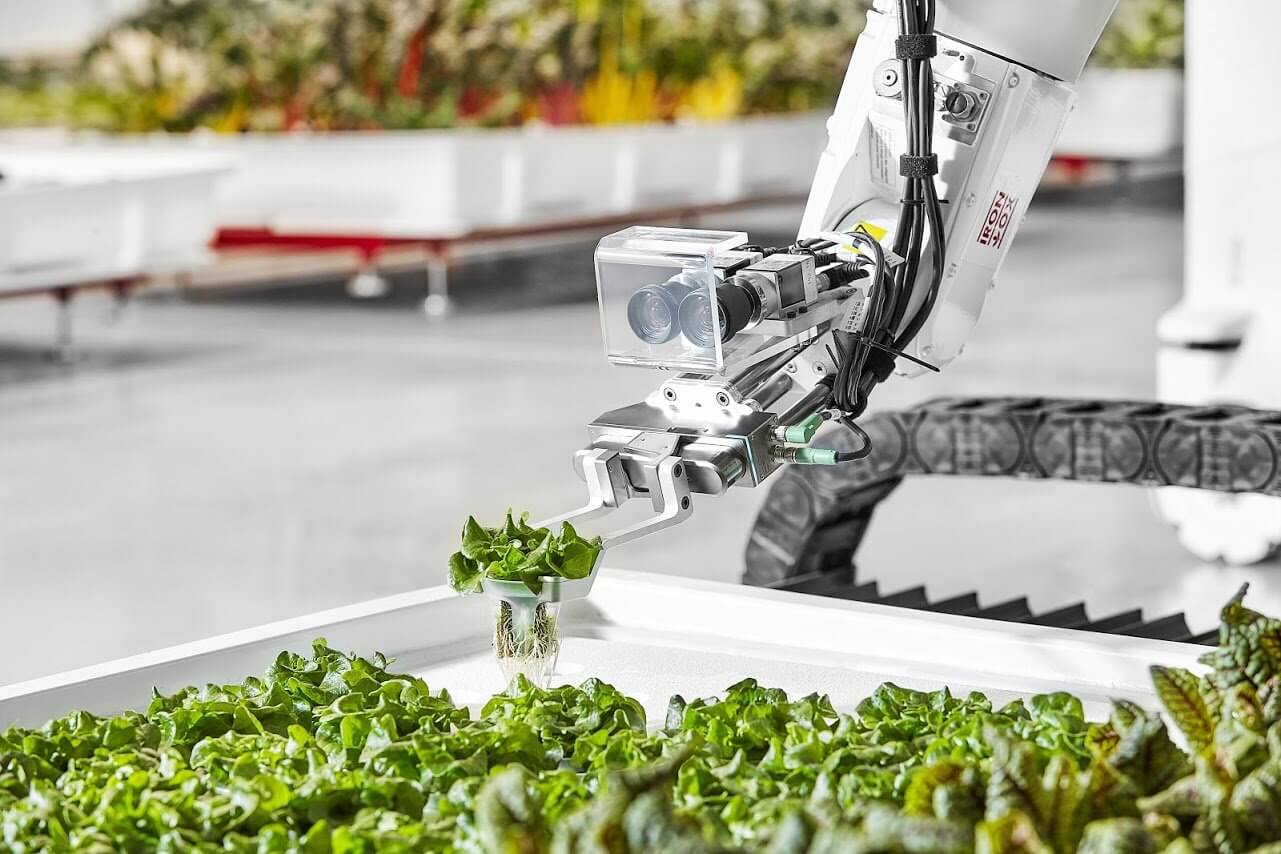 Iron Ox is a California-based technology startup who has now launched the world’s very first autonomous farm, which comes with its own 1000-pound mobile robot which they have nicknamed Angus.

The farm can be found in San Carlos; it is 8,000 square feet worth of hydroponic facility, which is also attached to the offices of the start-up. It will be able to produce around 26,000 heads of leafy greens a year. If you crunch the numbers, that is the overall production of a typical outdoor farm five times the size of the San Carlos one.

To backtrack a little, Iron Ox wanted the technology their company was developing to be put to a much wider use and they saw a potential market in the agriculture industry. Iron Ox co-founders Brandon Alexander and Jon Binney have decided to put in the footwork and take a road trip through California and ask farmers about what were the biggest issues the farming industry was facing.

The most general answer was the one you probably expected: the younger generations don’t have an interest in farming, so the labor shortages are quite massive.

Enter Angus: the robot transfers the crops from the harvesting area directly into the production center, unlike a human farmer who has to check on their crops many times a day and make sure they have the necessary amounts of water and nutrients.

Its arms pluck the plants from their hydroponic trays individually and then transfer them to new trays as they increase in size. Meanwhile, large mechanical movers carry 800-pound water-filled trays through the facility. 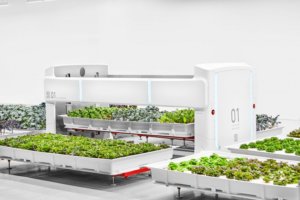 The machines work together thanks to a software Iron Ox has nicknamed “The Brain” which keeps an eye over the farm and monitors nitrogen levels, temperature and the location of the robots.

The Brain can let the robots know that a certain module is harvesting a plant and the robot will go find the module and then lift the entire thing and move it to the next module.

It’s not just robots though – human workers help around with the seeding as well as with the processing of the crops but, in the future, the company wants to create a fully autonomous farm where robots will completely take over the work of agricultural workers.

For the time being, the leafy greens Angus is taking care of will be going to a local food bank and the company’s salad bar, so there are no plans to sell any of the produce, at least for a while longer, but who knows? Soon enough you might be purchasing lettuce heads grown by Angus’ robotic hands from your nearest farmers market.