Mercedes Takes Us Back To 1901 With The Simplex Concept Car 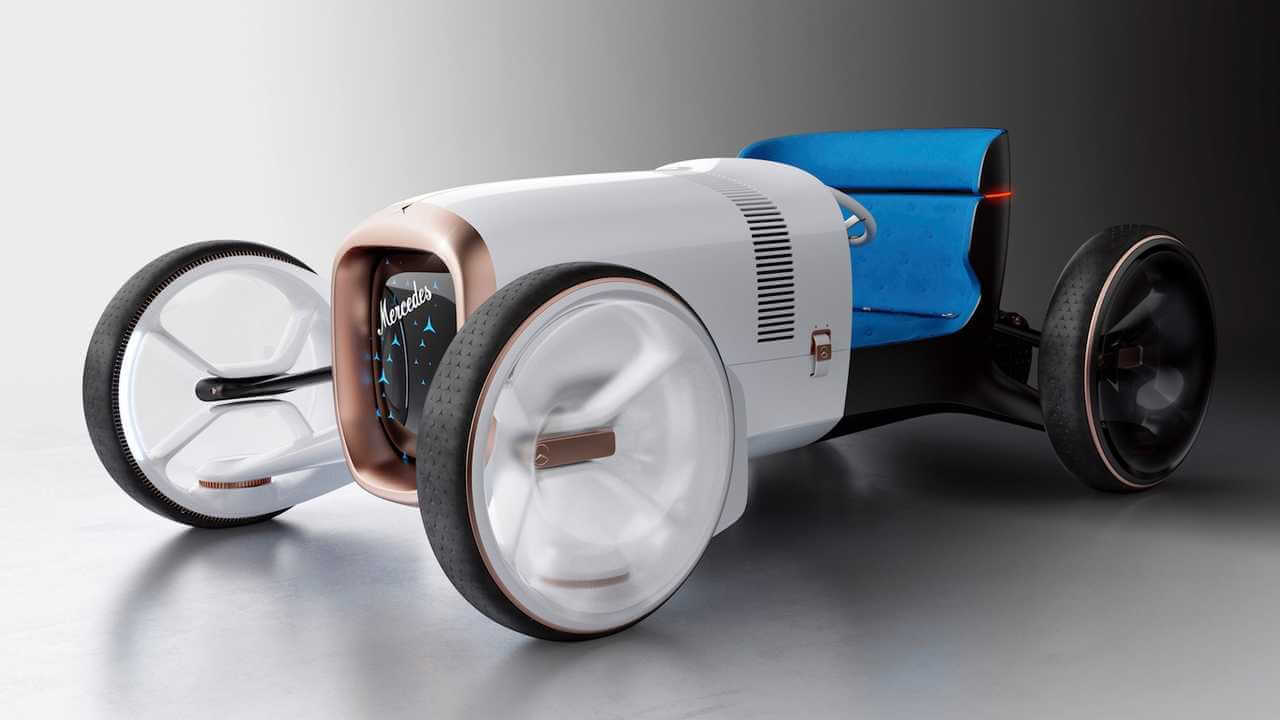 We’ve grown to expect from Mercedes vehicles that are focused on the future, be it in design or in the technology they feature but this time, Mercedes decided to blend its futuristic approach with a blast from the past. And when I say past I don’t mean, say, the 70’s or the 80’s – I mean the early 1900’s.

For this to make sense, I have to take you in the way back machine, to 1901 when the company built the Mercedes 35 PS. The car derives its name from how much power it had back then, which was a meager 35 PS ( Pferdestärke means horsepower in German) or around 26kW.  The car is widely regarded as the first modern car and, though it was first designed to serve as a race car, it was soon developed for road use.

The car weighed around 1000 kilograms back then, had a low centre of gravity and could reach top speeds of 75 km/h, or just under 90 km/h if fitted with the lighter sports body. Back then, these were more than impressive figures. 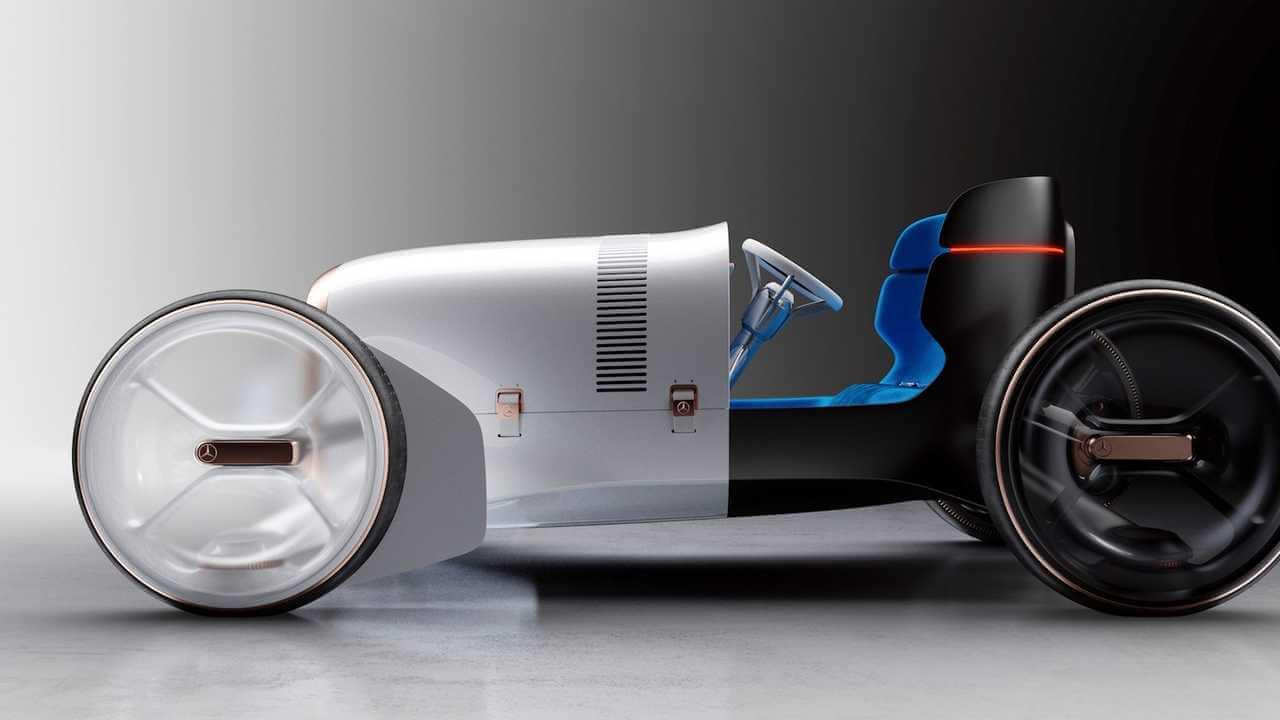 Fast forward to today, Mercedes unveiled the Vision Mercedes Simplex concept car, which draws inspiration directly from its great-grandfather from 1901 and, while the overall design stays almost the same (though it leans just slightly towards the more refined shapes and soft edges of Art Deco), the tech twists the Mercedes engineers brought onto it make sure to let us know we’re talking about a car designed for today.

The designers cut down a lot from the original and kept only the basics: the wheels are freestanding and the front of the vehicle is white while the back half is painted in black. The cherries on top are a leather bag that was attached to the tail end and leather straps that keep the hood closed. The cabin design is seamless and fluid, topped up with a wood and metal steering wheel. 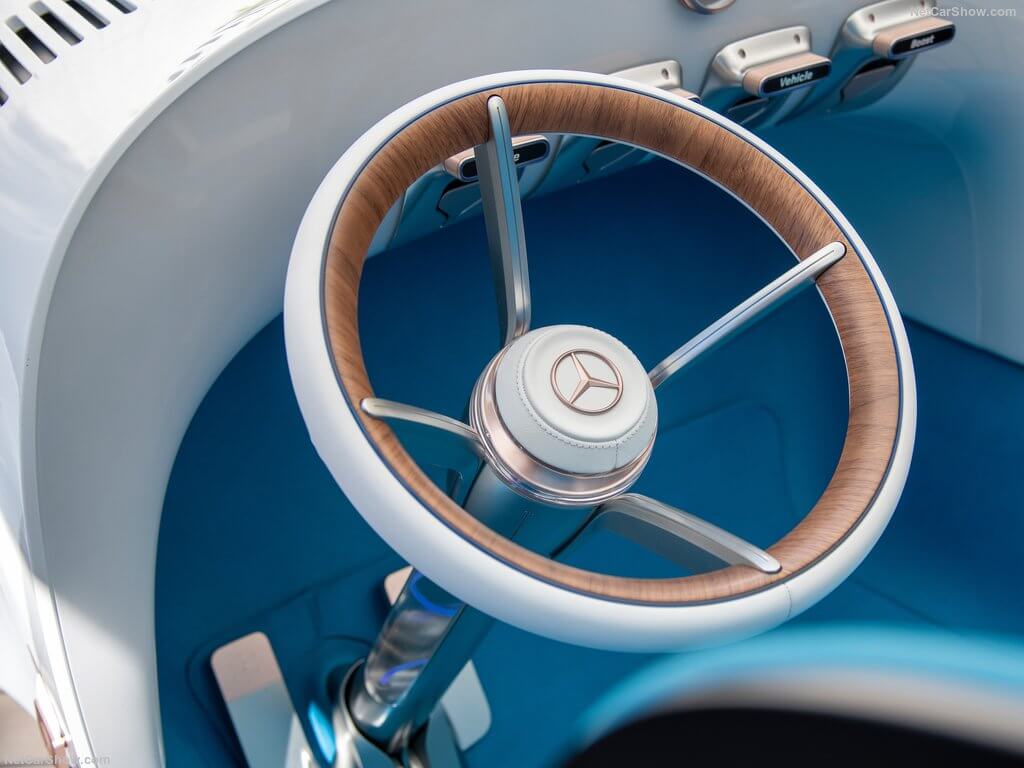 It doesn’t feature a gas engine, to begin with and Mercedes only described it as an ‘alternative drive’ so far and one of the most outstanding features happens to be the grille. It’s actually a 3D display that takes care to showcase the company’s logo and script in a vintage font. 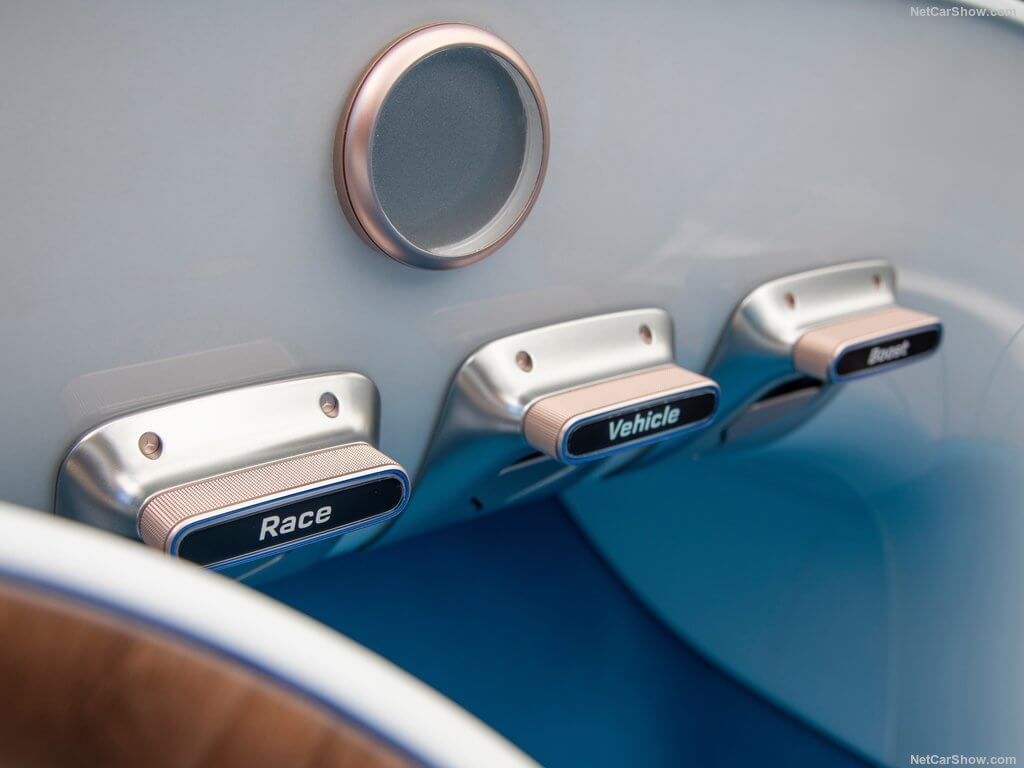 On the inside, Mercedes went as simple as it possibly could and only added a few switches here and there on the instrument panel and some projections that only display info like speed and navigation – no extra bits that could distract you.

Mercedes doesn’t plan to mass-produce the car however – designing and creating it was just the company’s unique way to celebrate the opening of its design studio in Nice, in the south of France.