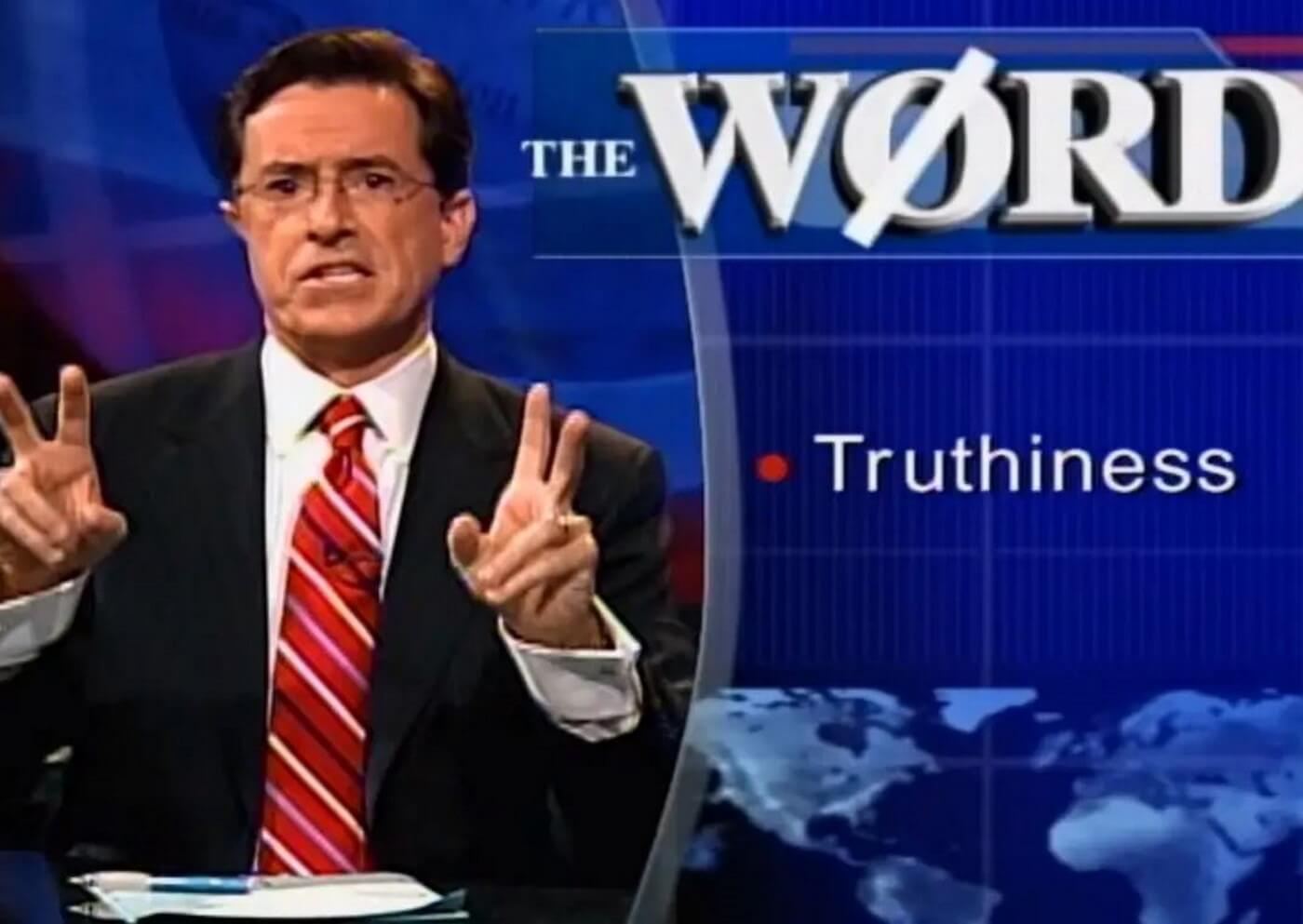 The Merriam-Webster Dictionary launched a page that records when a word was first used into print – and the dates it gives are surprising. Remember 2020? Alongside new expressions like “COVID-19” and “physically distanced” also came “murder hornets”. Remember when that was a fear?

Other fantastic examples of how the Merriam-Webster Time Traveler site is a fantastic educational tool are expressions like “truthiness” and “SARS-COV”.

Ever since Donald Trump’s presidency, his opponents have accused him of subscribing to “truthiness”, a practice of believing in things that feel true and aren’t necessarily demonstrated as truth.

In fact, truthiness entered our vocabulary officially back in 2005, when show host Stephen Colbert coined it. It was in 2005 that ‘truthiness’ became Word of the Year as designated by the American Dialect Society. In 2016, the Oxford Dictionary designated “post-truth” as the word of the year, another synonym for “truthiness” that is defined as  ‘relating to or denoting circumstances in which objective facts are less influential in shaping public opinion than appeals to emotion and personal belief’.

Kindle Unlimited vs Prime Reading: Which One Should You Choose?

Then, there’s SARS, SARS-CoV and “super-spreading” as words that defined 2020, at the start of the COVID-19 epidemic. They too are much older, entering mainstream media vocabulary back in 2003, almost 20 years ago, when the coronavirus family first came to prominence.

Games Like Wordle: Similar Puzzle Games To Keep You Busy All Day