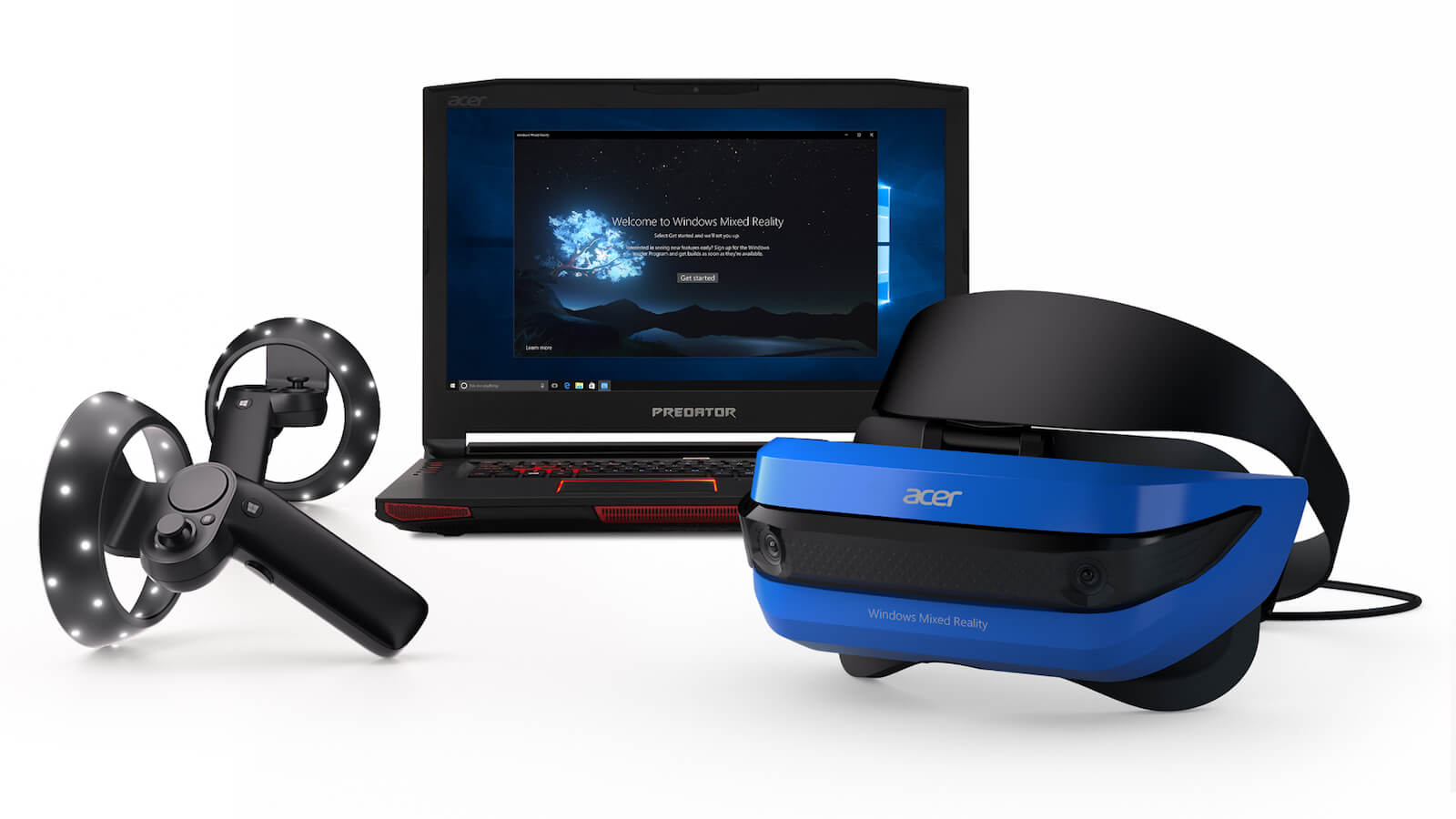 In October 2016, Microsoft announced its intention to develop Windows 10 headsets with a series of partners. Now, the moment has come to reveal those projects as well as the first MR controllers for them #realitymagic

At today’s Build developer keynote, Microsoft revealed its new motion controllers, fit for Acer and HP headsets. Each has LEDs for tracking, a panel with trackpad, plus the standard stick and menu button. The controllers also feature a Windows button and a side grip trigger, plus vertical tracking rings unlike the flat ones Vive sports.

These will make a good team with Acer’s MR headset, set to launch this summer. The device comes with inside-out tracking. If you remember, Microsoft stated that the Windows 10 kits would have built-in cameras for tracking instead of external sensors, creating a smooth, totally immersive experience.

You’ll have to see for yourself if that’s true in a couple of months when the Acer mixed reality headset starts shipping. As for pre-orders, they begin today for US and Canada. One headset costs $299. By the way, HP is opening pre-orders today also; their headset costs $329.

As for controllers, they will make an appearance in the holiday season, when Acer will release a bundle for $399. The low price of the devices might convince PC users to take a leap and invest in one of the two to get a taste of mixed reality.