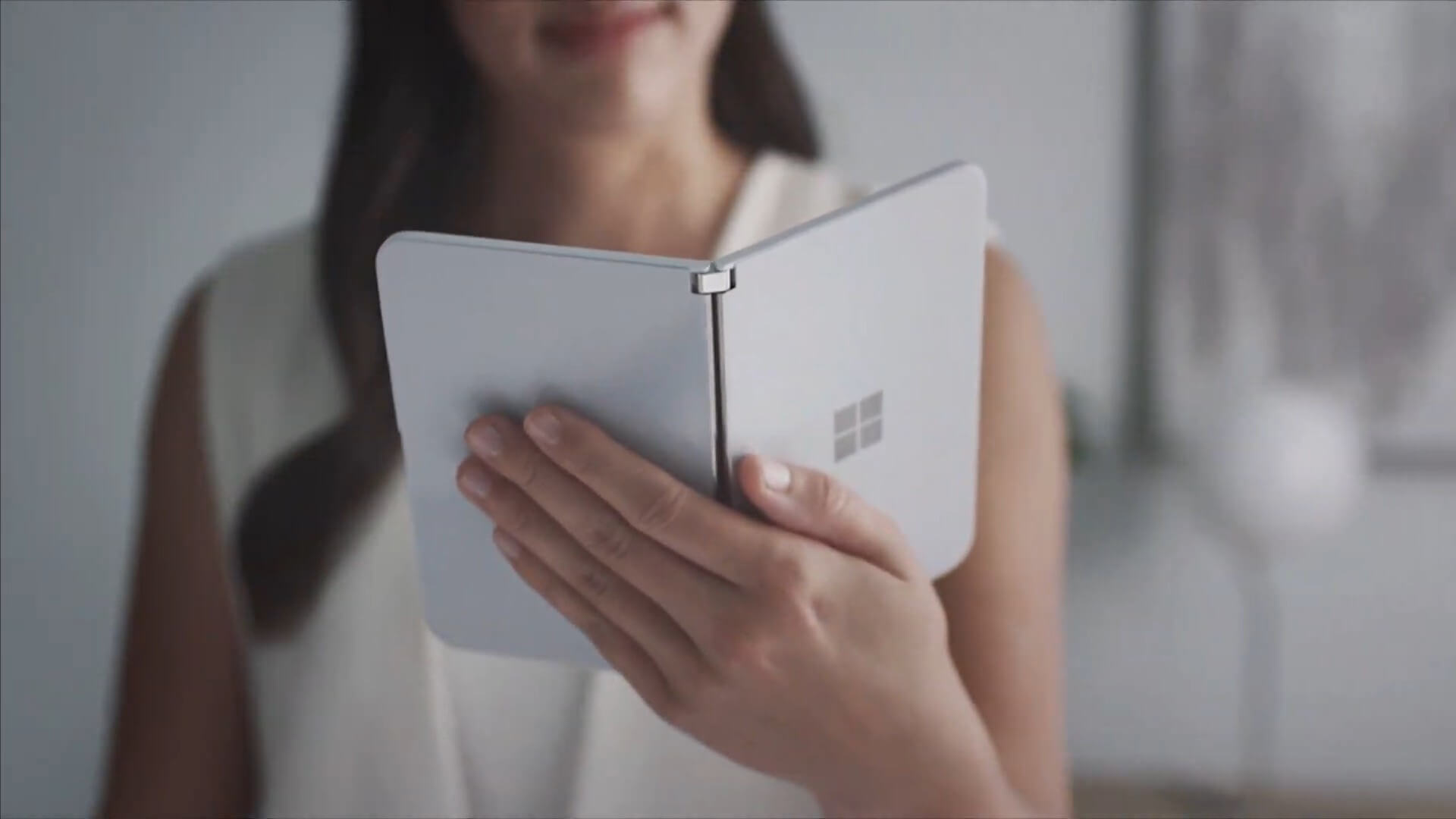 Microsoft had one last surprise waiting in line for its New York event on October 2nd and it was, by far, the best one: a foldable smartphone. Sure, we’ve had some rumors floating about something like this making an appearance during the event, but the rumors were not really backed by anything reliable.

It is hard to believe that, finally and after years of hesitation, the company took the decision to manufacture and release a smartphone with Android. But it did, and what we saw on the stage of the event seems to have quite the potential. Unfortunately, we will have to wait until the summer of 2020 before we’ll get to see the device on the market. 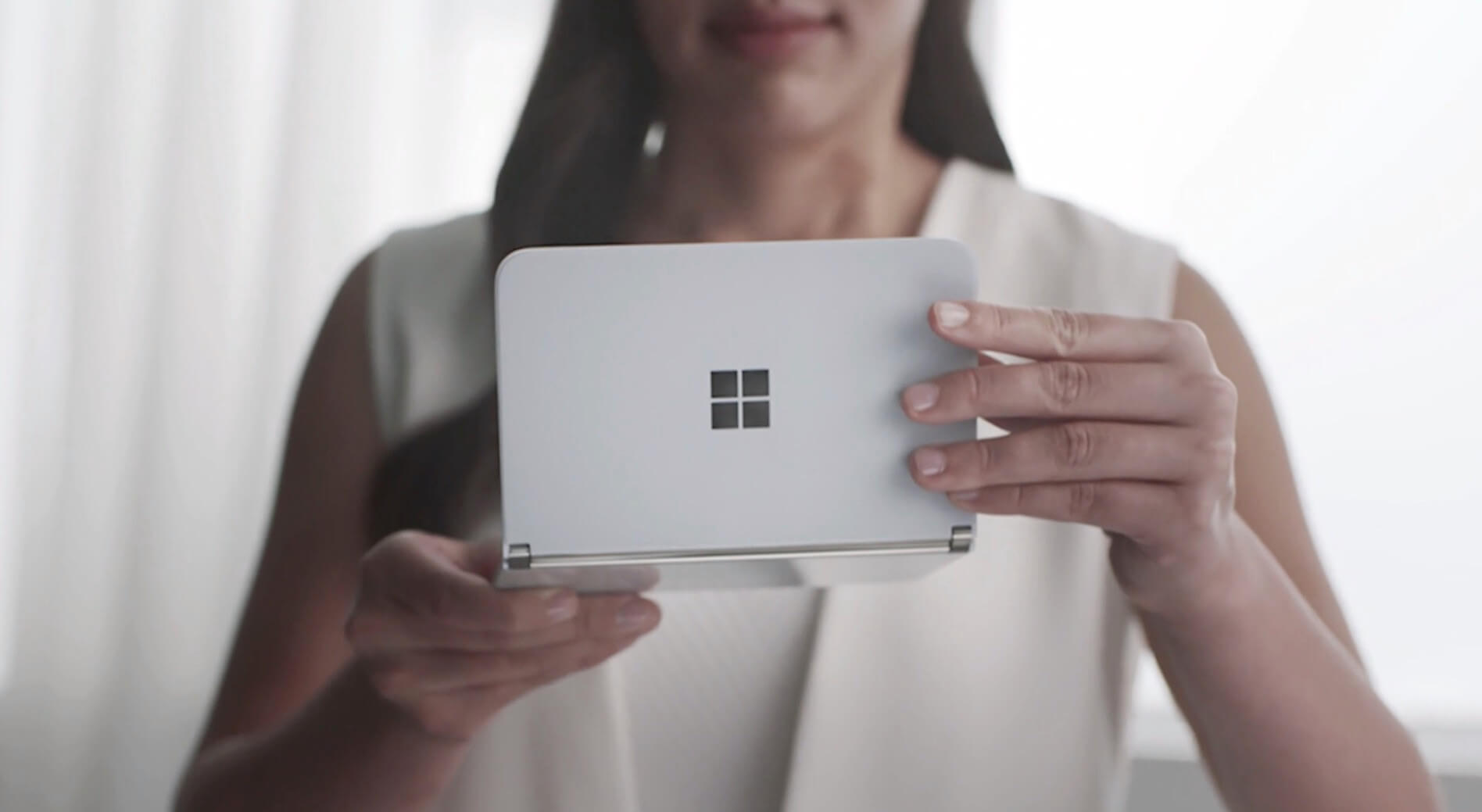 The design of Microsoft Surface Duo is similar to that of Surface Neo, which was announced just a few minutes earlier. The smartphone adopts two side- by- side screens, each measuring 5.6 inches, united by a hinge that can achieve a 360 ​​-degree rotation. The device opens up just like a book would.

The Surface Duo is a smartphone at the end of the day so it comes with a fully functional telephone module and can be used as a common cell phone. Each display can run an app at a given time completely separate from what happens on the other screen.

The user will thus be able to manage two apps at the same time, or will be able to rotate the device using it in “landscape” mode. In landscape mode the secondary display can be used much in the style of a keyboard or a game controller. 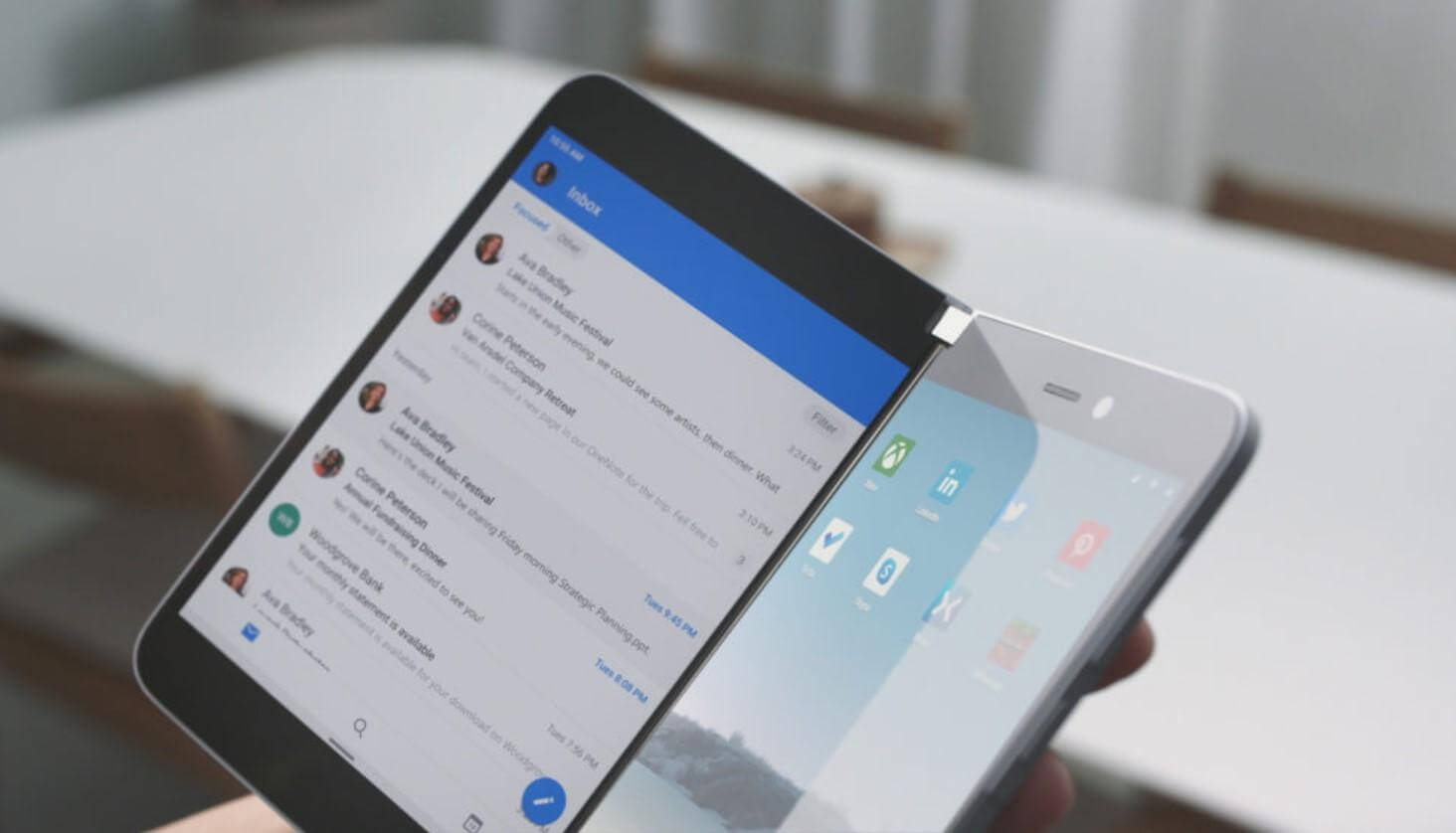 In terms of software, the device features Android but Microsoft has customized and tweaked it in such a way as to resemble Windows 10X. But don’t worry, it’s purely for design and branding only: the device will be able to run any application in the Android ecosystem.

According to Wired, who had direct contact with the device, the Surface Duo uses the Qualcomm Snapdragon 855 processor but a number of design elements have not been agreed on or finalized just yet. The device the company presented on stage is still in its prototype phase and it was used to primarily represent Microsoft’s vision in regard to the smartphones of the near future.

We’re definitely looking forward to see what Microsoft has prepared for us – the company will most likely start releasing information and teasers about the device in the upcoming months, and when they do, we’ll keep you updated.