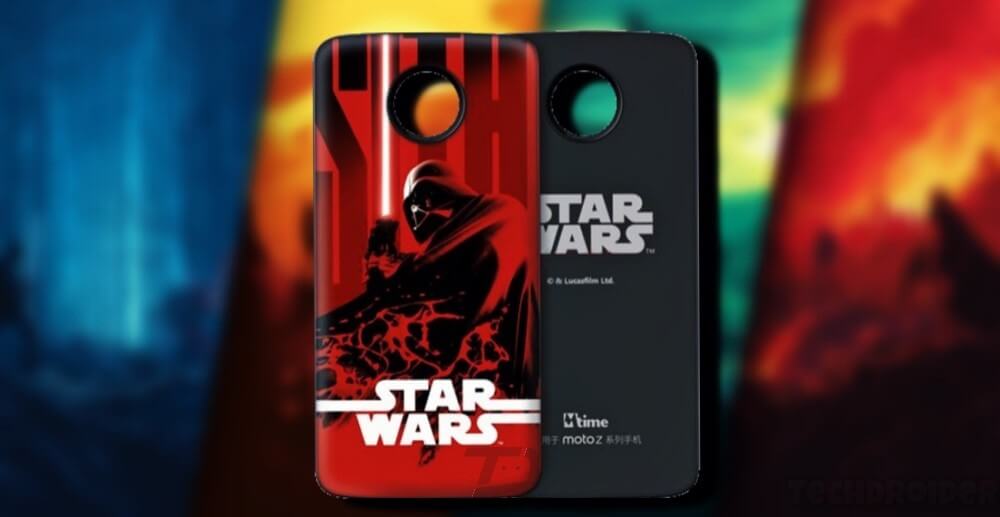 Got a Moto Z smartphone? Well, if you also happen to be a Star Wars fan, this December you’re in for a treat. Lenovo and Motorola are launching a special, limited edition mod dedicated to the Lucas series #mobilemagic

As we’re eagerly awaiting for Star Wars: Last Jedi to reach movie theaters everywhere, Motorola is wrapping up early Christmas presents for its fans. Those who already own a Moto Z smartphone or are thinking of getting one, they’ll have an extra incentive to do so. The company is preparing to launch a Star Wars Style Mod this month.

If you recall, this isn’t the first time we’ve got ourselves a limited edition Style mod. Lenovo released one inspired by Transformers: The Last Knight, as well. Back then, we could choose from five different styled shells and a Projector Mod.

This time, the Mod will look fierce but to get one, you’ll have to import from China or ask a friend there to buy one and bring it over the holidays. The Star Wars Mod will sell only there for ¥129 (19.50USD). The launch is expected to happen in the following weeks, as the movie rolls out in cinemas.

Motorola Mods are attachable accessories to Motorola Z phones, each with a different function. There’s one that functions as a Polaroid printer, if you can believe it?!