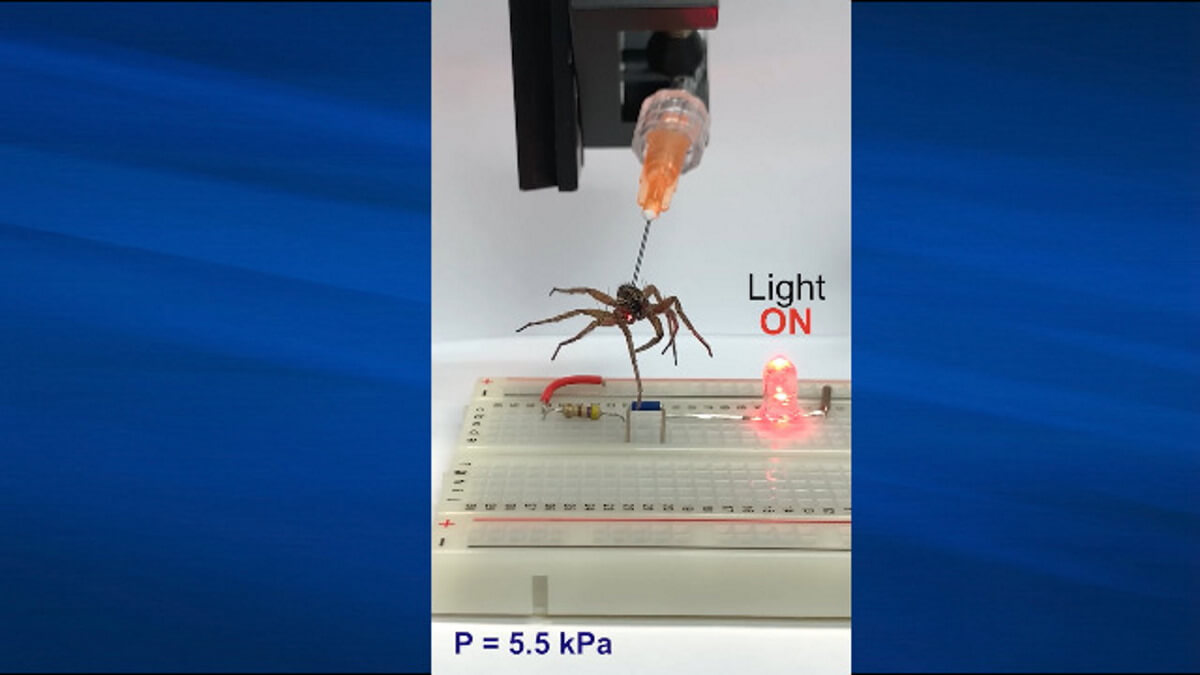 If an encounter with a spider leaves you shrieking like Ron Weasley in the second Harry Potter movie, just skip this news report entirely, because it’s nightmare fuel for arachnophobia.

For those with a tougher stomac, check out the work of Rice University researchers, pioneers of necrobotics.

In case you missed it, necrobotics is what it says on the tin (unfortunately for those with a sensitive stomach!). Necrobotics is a science field where dead creatures are reanimated as robots. It’s a thing, and in the video below it’s happening to spiders.

The Rice University researchers turned a dead wolf spider into a robotic claw grip that could pick tiny parts from a circuit board.

“Spiders are basically hydraulic (or pneumatic) grippers. Living spiders control their limbs by adjusting blood pressure on a limb-by-limb basis through an internal valve system[…]

This means that actuating all eight limbs of a spider that has joined the choir invisible is relatively straightforward. Simply stab it in the middle of that valve system, inject some air, and poof, all of the legs inflate and straighten[…]

It can lift 1.3 times its own weight, exert a peak gripping force of 0.35 millinewton, and can actuate at least 700 times before the limbs or the valve system start to degrade in any significant way. After 1,000 cycles, some cracks appear in the dead spider’s joins, likely because of dehydration. But the researchers think that by coating the spider in something like beeswax, they could likely forestall this breakdown a great deal. The demised-spider gripper is able to successfully pick up a variety of objects, likely because of a combination of the inherent compliance of the legs as well as hairlike microstructures on the legs that work kind of like a directional adhesive,” explains IEEE Spectrum.

Rutgers Scientists Develop A Spray-On, Plant-Based Coating That Could Replace Plastics On Food