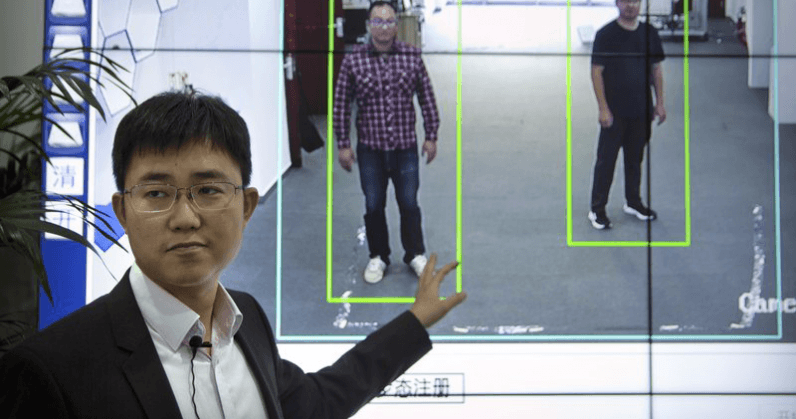 China has no less than 170 million CCTV cameras in use across the country, with an additional 400 million planned for the near future. Most of the cameras, alongside their corresponding software, are not only able to link faces to friends, family and I.D cards but also estimate age, ethnicity and gender.

With those numbers, the Orwellian ‘1984‘ future doesn’t sound that far-fetched anymore.

But China’s not done with imposing city surveillance. Authorities have begun deploying a new surveillance tool from a company called Watrix, which has ‘gait recognition’ software that uses a person’s body shape and the way they walk to identify them, even if their faces are hidden from the cameras.

The software is already in use in Shanghai and Beijing and Watrix announced that it has raised 100 million yuan (roughly around $14.5 million) in order to accelerate the software’s development.

The tool is supposed to serve as the missing piece in surveillance technology, which mostly relies on close-ups and high-resolution images of someone’s face in order to make a positive identification. The Watrix gait system only needs a clear view of the person, be it from the back, front or side, in order to start tracking people. It’s not capable of doing that in real-time yet, but that capability is under development.

Chinese security officials intend to create an integrated national system of surveillance camera data which will put to use all the available software, including the gait identification system.

The system is supposedly there to aid people too, in different ways, such as by identifying citizens in distress, like an elderly person who might have fallen down or track down jaywalkers and fugitives, thus making life much easier and safer.

At least that’s what the Chinese authorities are saying.