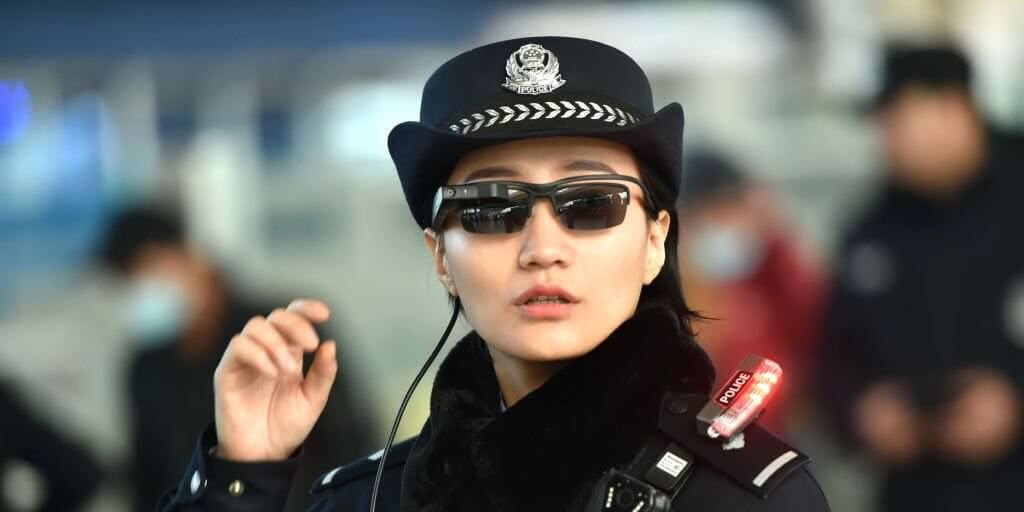 Who doesn’t like smart glasses with facial recognition? Most likely, people who have something to hide from the Chinese police. Of course, there are also those who are fearing a tech-fueled surveillance state.

The photo above was taken on February 5th at the Zhengzhou East Railway Station in the Chinese Henan province. You can see the police officer with a pair of smart glasses made by LLVision Technology. According to a WSJ report, they’re capable of identifying faces within 100 milliseconds and have a design similar to that of Google Glass.

The police officer’s smart glasses connect to a database that can link travelers to criminal suspects. While the 100 milliseconds identification is a number from a study that tested the glasses on a database of just 10,000 people, it’s safe to assume that these facial recognition glasses are just as capable outside the lab.

In other dystopian news, the organizers of the 2018 Winter Olympics in South Korea live in fear of drones carrying bombs from North Korea. Their solution? The organizers will deploy a tactical airplane and “drone-catching drones” to secure the perimeter.

If the Olympics turn out to be a bit boring, the expected 1 million spectators at the scene will be at least able to look at a drone-filled sky. Either way, there’s no denying the dystopian vibe. Even chickens have been submitted to facial recognition software in China.