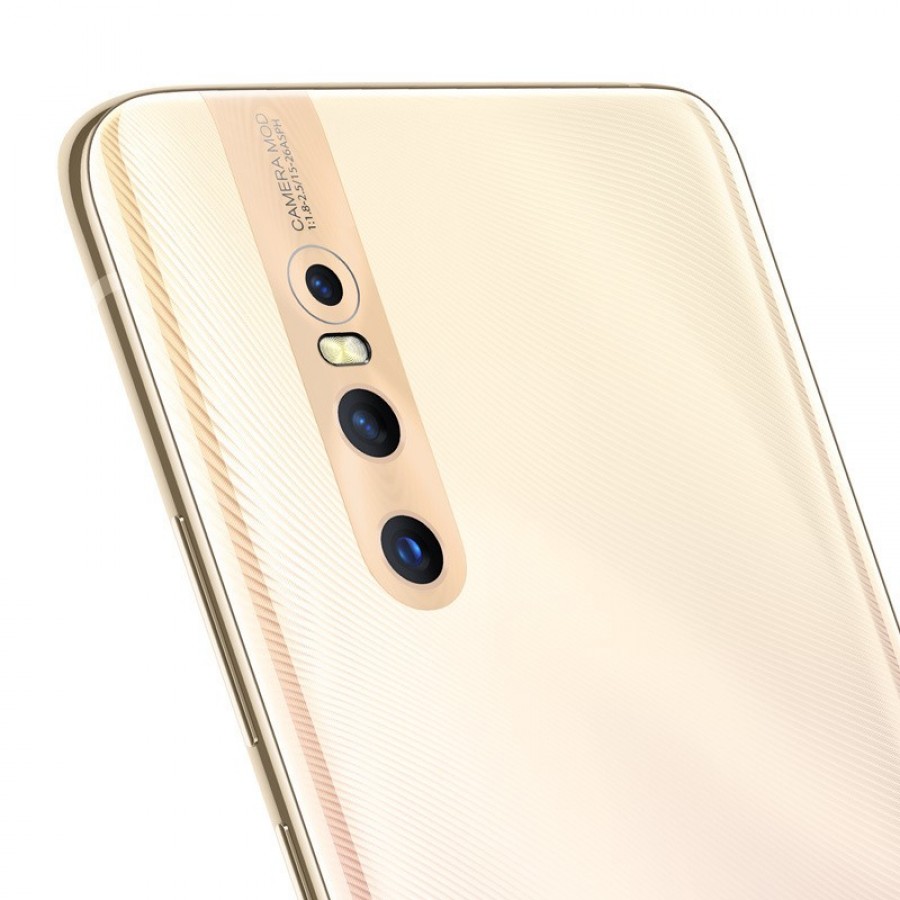 Vivo will be launching the X27 smartphone today and, even though we already know a handful of things about the device thanks to consistent leaks and have a pretty solid idea about what’s coming, a new set of official renders have just leaked online thanks to Twitter user Venkatesh Babu.G.

According to these renders, the phone practically has no chin to speak of – if anything, it’s a bezel itself and, without a notch or a cut-out for the camera to obstruct the view, we have to admit all that screen space looks pretty sweet.

Aside from the gradient blue we’ve seen from the previous leaks and teaser videos, the new renders also show that the phone will come in a shimmery, cotton-candy pink option which has been dubbed ‘White Gold’ for some reason.

According to a previous leak that appeared on Weibo, an Emerald Green version will also be available.

The smartphone will allegedly arrive with a 48MP rear camera and two others on the side as well as the-now-famous pop-up selfie camera, 8GB of RAM with 256GB of storage and a 4,000mAh battery.

In addition to all that, the X27 will also have an in-display fingerprint sensor, which is a first on a Vivo device.

With all this information on hand, all we have to do is wait and see if Vivo has any surprises left in store for the launch today and if they do, we’ll definitely let you know.