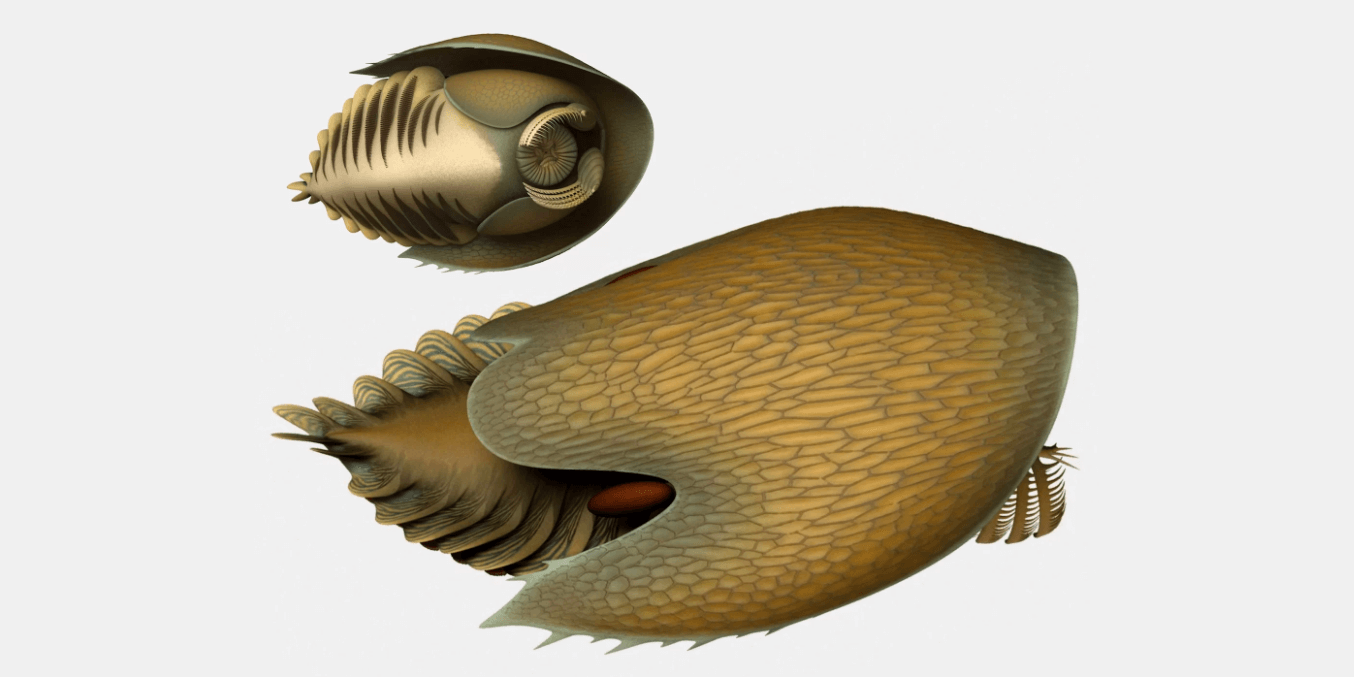 Paleontologists working on an excavating site in the Canadian Rockies, the Burgess Shale, have discovered a new species of arthropod which they had not seen before. The nicely fossilized specimen used to have an upper shell with a very particular horseshoe shape.

So, what do paleontologists do when they make a new discovery? They nerd it out, it’s what they do. The team decided to name the species Cambroraster falcatus, inspired by Han Solo’s Millenium Falcon since the species resembles the ship’s shape quite a bit.

Geologist David Bressan described the fossil in a Forbes article as follows: “Cambroraster falcatus displays, like Anomalocaris, lateral flaps that stretched along the lower portion of its body and a set of disc-like jaws. The new species was smaller than Anomalocaris, up to a foot long, yet still a giant compared to other Burgess Shale creatures, most less than one inch long. Its body protected by an unusually large carapace covering almost the entire animal.” Bressan goes on to add that the Cambroraster was most likely a predator. “Unlike Anomalocaris, a fast swimmer thanks to the flexible lateral fins and able to catch prey in open water with its tentacles, Cambroraster used its carapax to plow through the upper layers of the seafloor, catching smaller animals hiding there with a series of appendages and hooked spines surrounding its mouth.”

Paleontologist Joseph Moysiuk was more candid about the fossil when he answered some questions from CBC: “we really didn’t know what to make of it,” he said. “We nicknamed it ‘The spaceship’… because we thought it looked a lot like the Millennium Falcon.”

“Cambroraster is kind showing a mish-mash of traits that we see in some modern groups,” Moysiuk went on to explain. “It’s telling us that the Cambrian ecosystems were really complex. This is not a sort of primitive, simple organism. This is a highly specialized predator.” 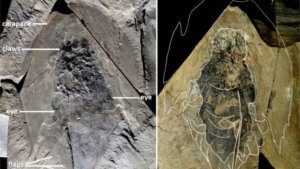 Moysiuk has seen the first pieces of Cabroraster fossils back in 2014 when he was just starting his PhD and had been invited to join a field expedition at the Burgess Shale site. This particular site has become one of the most important sites of its kind as it holds numerous preserved fossils from circa 508 million years ago. They are very diverse and have often served as evidence for evolutionary lineages that we wouldn’t have known about if not for the Burgess Shale. Its value has been well-documented and the location has been a World Heritage Site since 1980.