OnePlus 5T Is Getting The Star Wars Makeover This December - TechTheLead 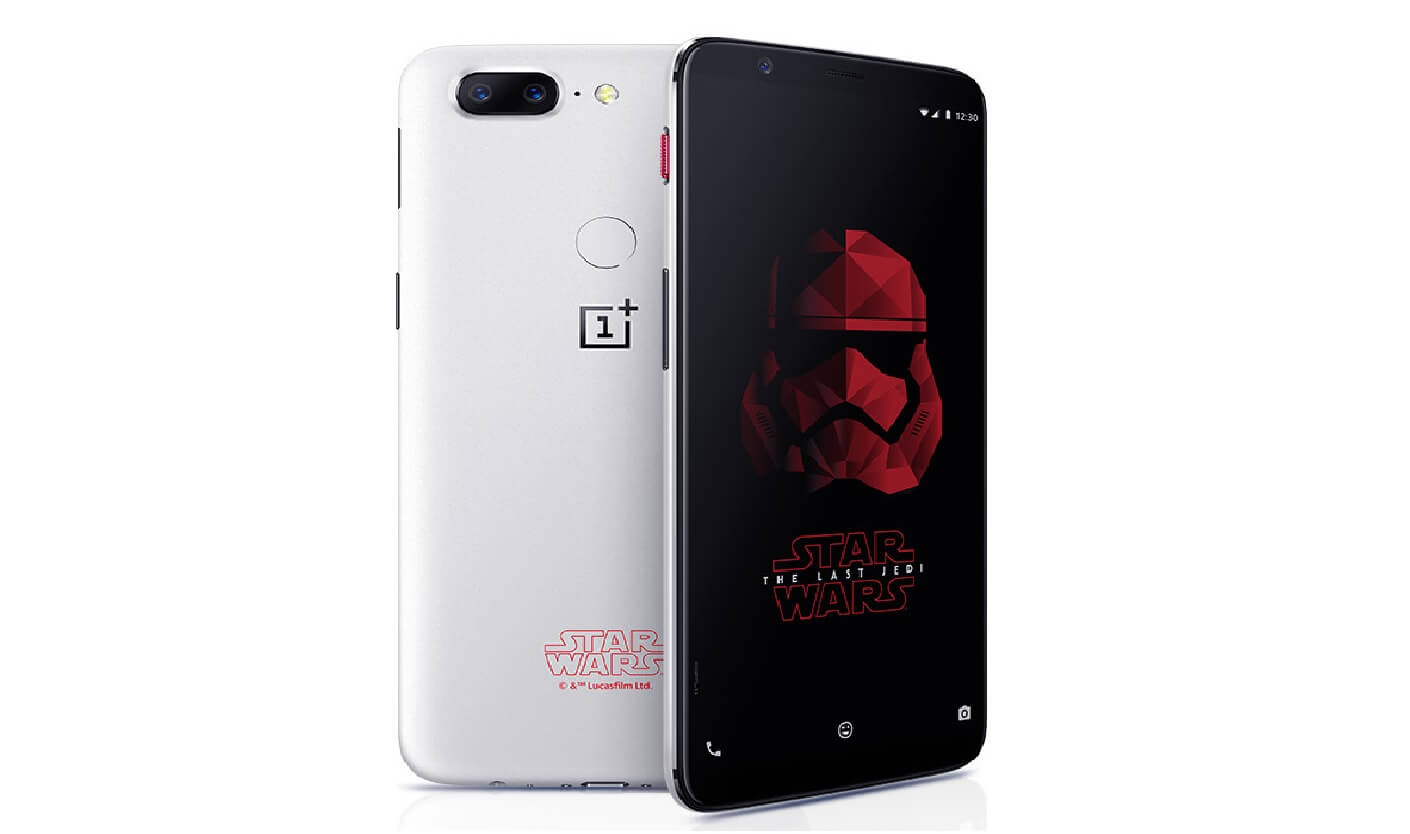 If Motorola’s Star Wars Mod looked badass, wait until you see the limited edition phones from OnePlus. The smartphone maker is set to launch this month its latest flagship, 5T, with a Star Wars theme present from design to interface #mobilemagic

OnePlus India revealed they were preparing a special surprise for Star Wars fans as the last movie from the series, Star Wars: Last Jedi, approaches cinemas. That will be a limited edition of their OnePlus 5T devices (which you can read about here) inspired by Stormtroopers and the Force.

On December 14, the Star Wars smartphones will debut and on the same day the new movie hits theaters, that’s December 15, they will go on sale. Since OnePlus is working with such a tight schedule, it’s best to keep your expectations low; that is, they’re likely to sell the phones only in India. If you do happen to visit the country this month or live there already, check the  OnePlus store, Amazon.in and other outlets for them.

The smartphones will come with a white rear and black/red highlights. OnePlus will also make sure you’ll feel a part of the Star Wars universe after you open the phone; a special theme and custom wallpaper will be waiting for you.

One more thing: if you happen to be in Mumbai on December 14, head over the IMAX Wadala. There, fans will be in for a treat; in exchange for a ticket that will cost Rs. 999 (~$15), they’ll get drinks, snacks and other goodies.