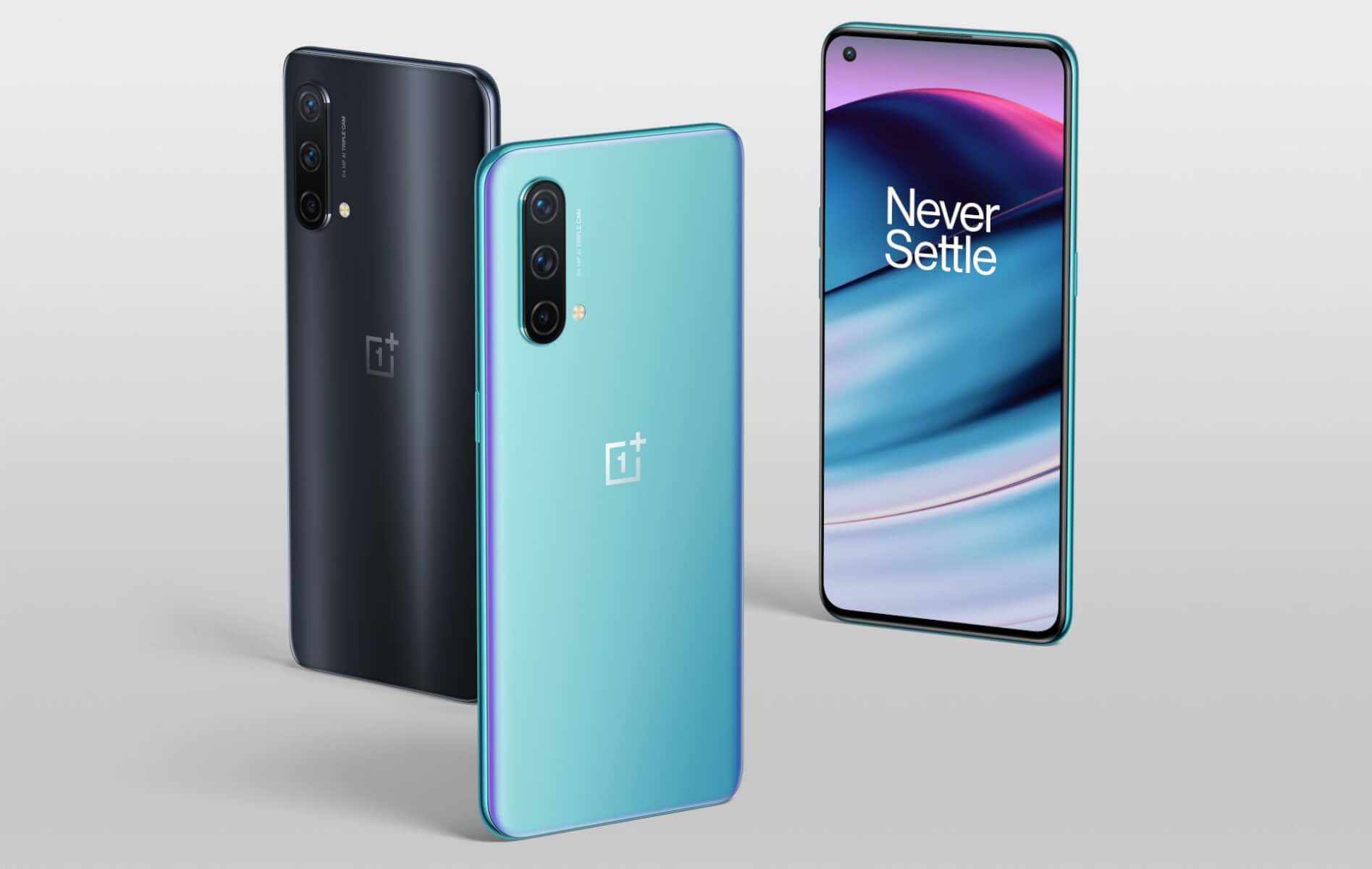 OnePlus has officially launched the OnePlus Nord CE 5G smartphone, the fourth in the Nord series.

The CE in the name stands for “Core Edition”, as OnePlus aimed to combine the “core elements of the middle-class smartphone” in one, all-encompassing device. This resulted in the OnePlus Nord CE 5G, a smartphone packed with features that does not break the bank.

The device has a 6.43-inch AMOLED screen with a 20:9 aspect ratio and a 2400 x 1080 pixels (410 PPI) resolution. That resolution, coupled up with the HDR10+ means that the details on the display are sharp and no pesky pixels will bother the users when watching videos or playing games. Of course, it also features a 90Hz refresh rate.

As always, the main star of any device is the camera and the ones on the Nord CE 5G have more than enough to offer, considering the affordable price range of the smartphone.

On the front, we’ll find a 16MP selfie snapper, hooked up to Sony’s IMX471 image sensor. OnePlus has used it before on other OnePlus models and it has proven its worth more than once. 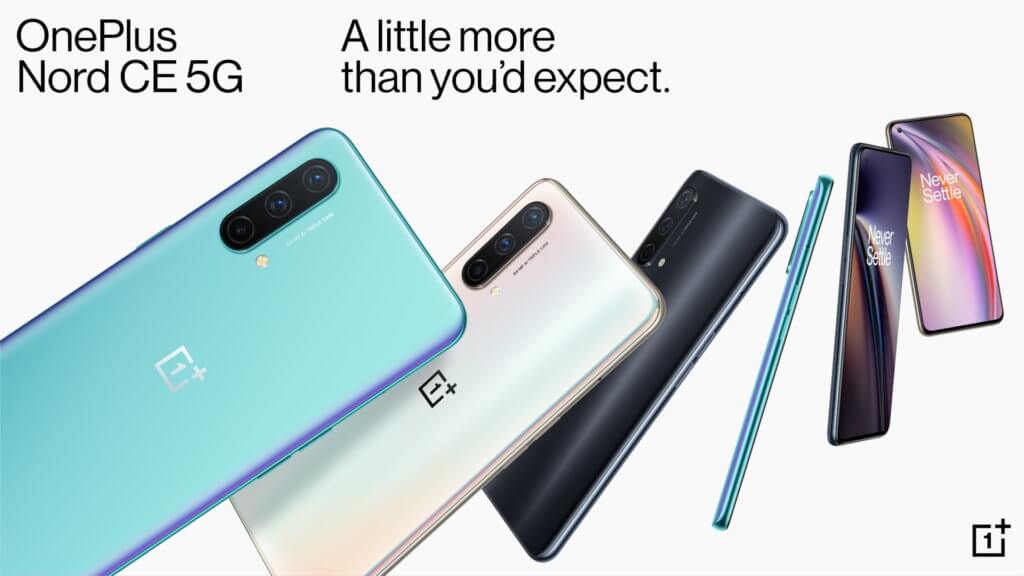 On the back, we’ll find a triple camera setup consisting of a 64MP primary with f/1.79 aperture, an 8MP ultra-wide that boasts a 119-degree wide angle as well as a 2MP monochrome camera for bokeh. The main camera is also capable of recording videos in 4K.

The OnePlus camera app comes with a bag full of features such as the Nightscape mode which improves shooting in the dark and adjusts AI scene recognition as well as the camera and image settings to fit the lighting (or lack of it) of the scene. There’s also a Pro mode that gives the users full control over adjustments like white balance, ISO, focus, shutter speed and more.

Under the hood of the device we will find the Qualcomm Snapdragon 750G chipset, which is also specially optimized for mobile gaming and of course, 5G reception. Other features include Dual-AC WiFi and Bluetooth 5.1.

Storage wise we are looking at 6GB, 8GB and 12GB RAM options and 128GB or 256GB data storage but not memory expansion abilities. 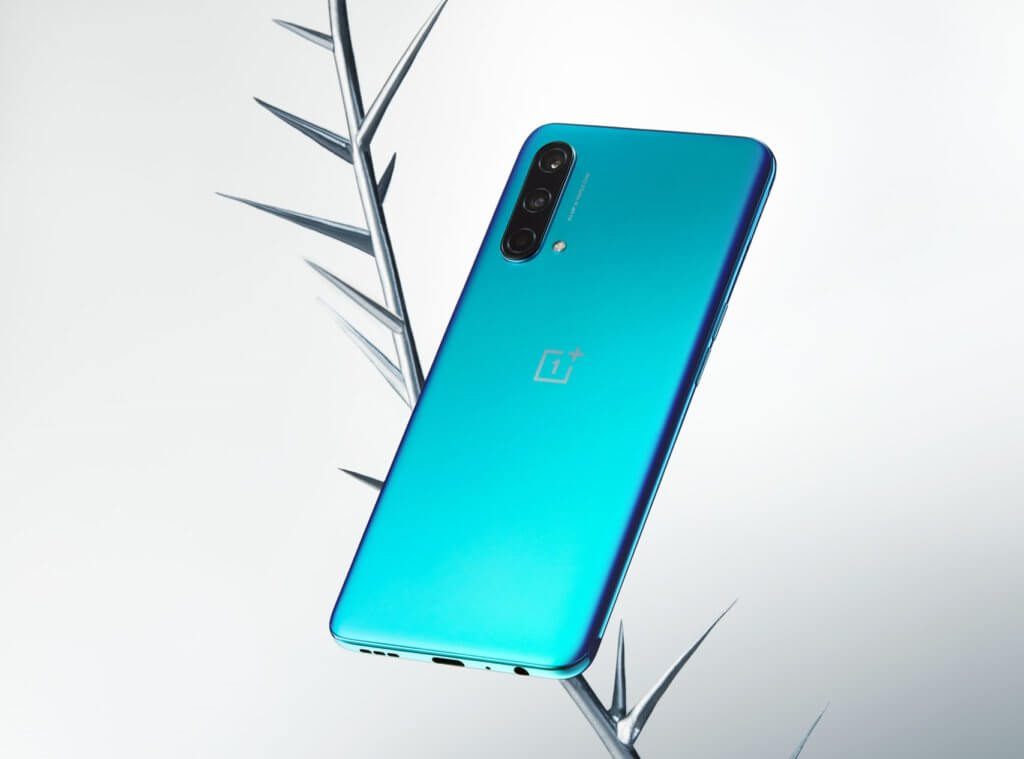 The 4,500mAh battery comes with the fast charging technology Warp Charge 70T Plus. According to OnePlus, this allows the phone to charge from empty to 70% in half an hour.

On the software side, the device will have OxygenOS 11 out of the box, which comes with features like always-on display, dark mode and a Zen Mode that locks the phone while the users are working.

It is expected that the phone will update to Android 12 later this year and, in addition to that, OnePlus stated that it will support the Nord CE 5G with three years of security patches as well as two years of software updates.

The device is available in Blue Void, Charcoal Ink and Silver Ray (i.e blue, black and white) color variants and will be ready for purchase as of 21st of June.