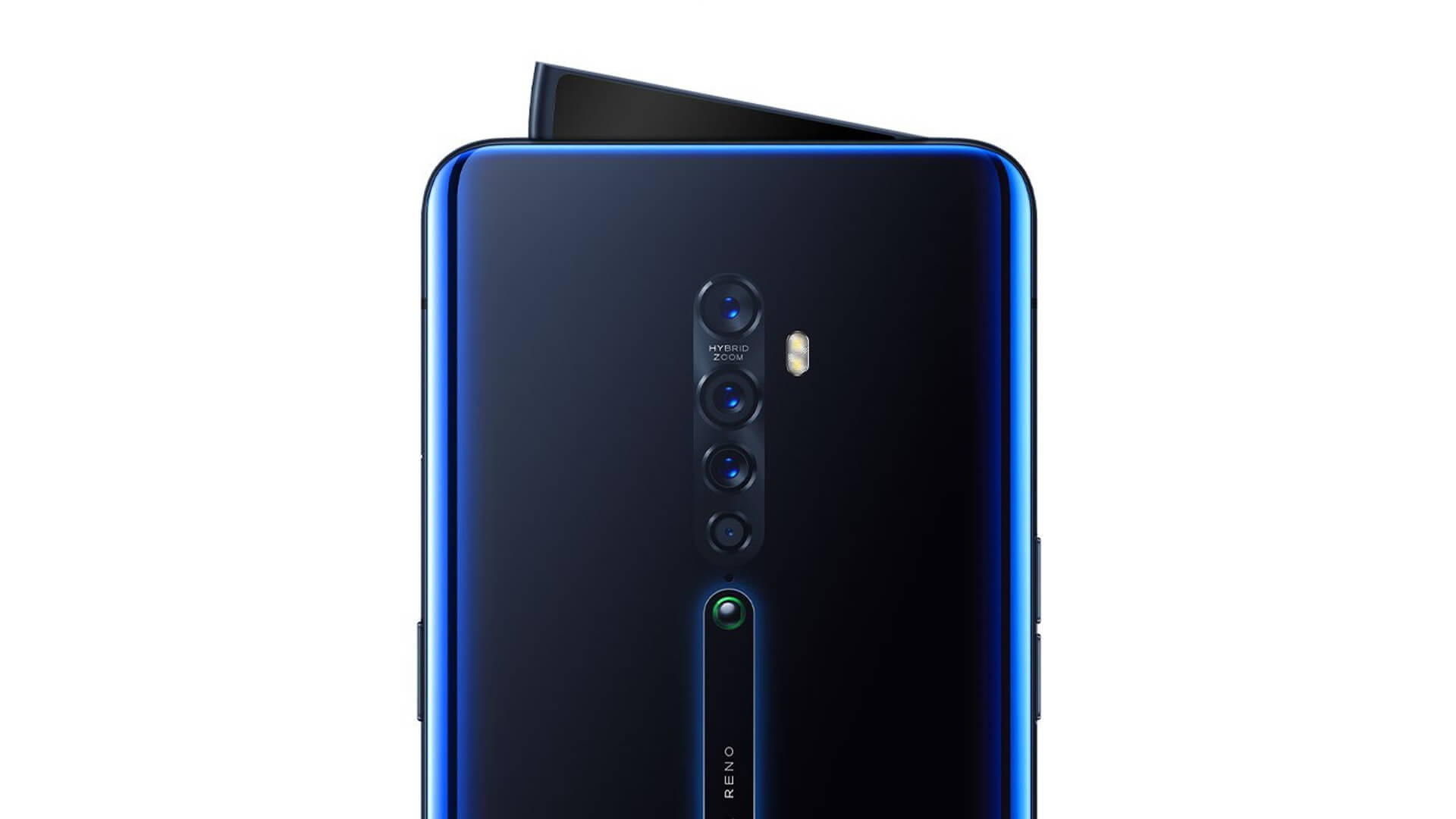 Oppo’s latest smartphone, the Oppo Reno 2, is finally here and it brings along with it four rear cameras and a number of upgrades over the previous generation.

The phone maintains the design of its predecessor: it’s nicely curved in all the right places and comes protected by Gorilla Glass 5 in two color options: Ocean Blue and Luminous Black. Thanks to a 7-layering process, the smartphone has a bit of an iridescent effect going on, if you’re into that kind of thing.

The smartphone has a 6.5 inch AMOLED display with a 50% higher autonomy, better visibility and reduced energy consumption of 6%. It holds a 16MP front camera and a Night Shield feature, which reduces blue light emissions by 37.5%. The display also hosts a fingerprint sensor which is 11.3% faster than its predecessors.

That selfie snapper can open up in 0.8 seconds and, according to Oppo, it can be used for over 200,000 times. This pop-up camera has a shark fin-like design.

On the back, the quadruple camera setup is all integrated into the body and protected by the beloved Gorilla Glass 5. The back of the phone also features a ceramic protection designed to keep the camera slightly raised from the surface when the phone is placed flat on the back.

The main camera in this setup is a 48MP, capable of shooting in Ultra Clear Shot mode, which delivers maximum sharpness. A 13MP telephoto lens capable of 5x zoom in hybrid mode and 20x in digital mode also makes an appearance. The other two are an 8MP wide-angle lens and a 2MP.

One of the features Oppo prides itself with as far as this smartphone’s camera software is concerned is the Ultra Dark Mode, which analyzes the ISO environment, learns and improves both the shooting and the night shots thanks to machine learning.

The phone has a Snapdragon 730G chipset with 8GB of RAM and 256Gb of storage. The battery is a 4,000mAh with VOOC technology. It runs on ColorOs 6.1. Unfortunately, no headphone jack is present anywhere on the device.

The Reno 2 will launch on October 18th with a price tag on £499 in the U.K, which translates into roughly $640. For all the features and the cameras, we have to admit it’s not a bad price tag at all.