Late last week, Oppo announced that the Oppo Reno 2 is coming this August.

Now, with the Oppo Reno 2 specs spotted on TENAA and the cat out of the bag, the company decided to talk more about the features.

The standard Oppo Reno 2 features the Snapdragon 730G chipset, where the G stands for gaming. 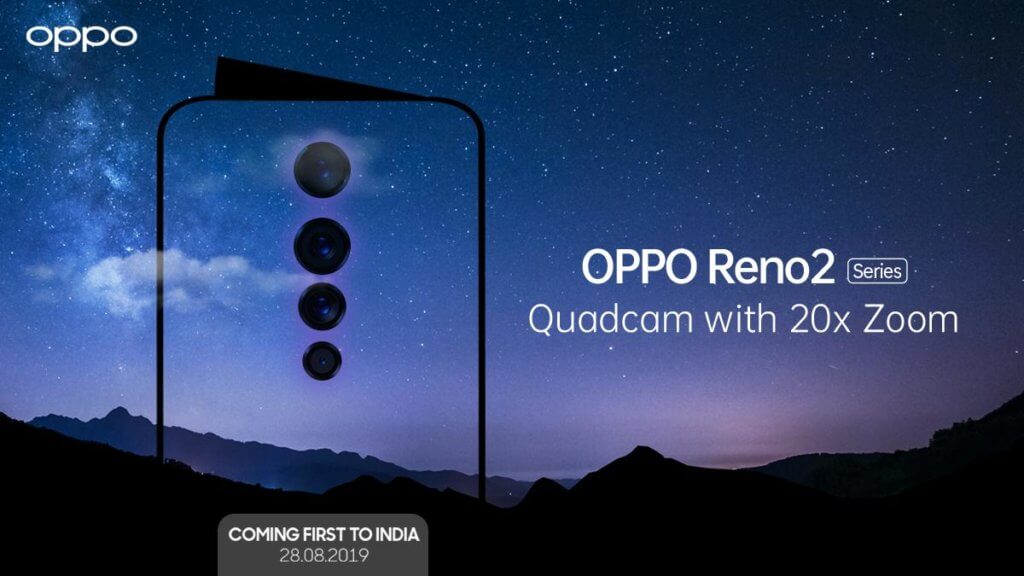 That means users can expect an up to 15 percent better GPU performance than the one on the usual Snapdragon 730, alongside a list of benefits like HDR gaming support, reduced in-game stuttering and lower Wi-Fi latency.

The chipset is paired with 8 GB of RAM and 256 GB of storage, all of it powered by a 4,000 mAh battery, so the Oppo Reno 2 is lining up to be a satisfying gaming smartphone.

It’s also quite the step up from the first Oppo Reno, which launched this spring.

The device features a massive 6.55-inch OLED screen with a 93.1 percent screen-to-body ratio, which, as Android Police also highlighted, is a pretty good indication of the presence of the SharkFin pop-up camera.

While Oppo tried to keep some specs under wraps, the TENAA listing spilled the beans.

So far, Oppo only teased the night-time photography capabilities but that listing shows that you can expect a rear quad camera of 48 MP + 13 MP + 8MP + 2MP, a 16 MP selfie camera that pops out and 20x zoom.

All in all, the only question now is “How much?”.

For that answer, you’ll have to wait for the official Oppo Reno 2 launch, scheduled for August 28th.