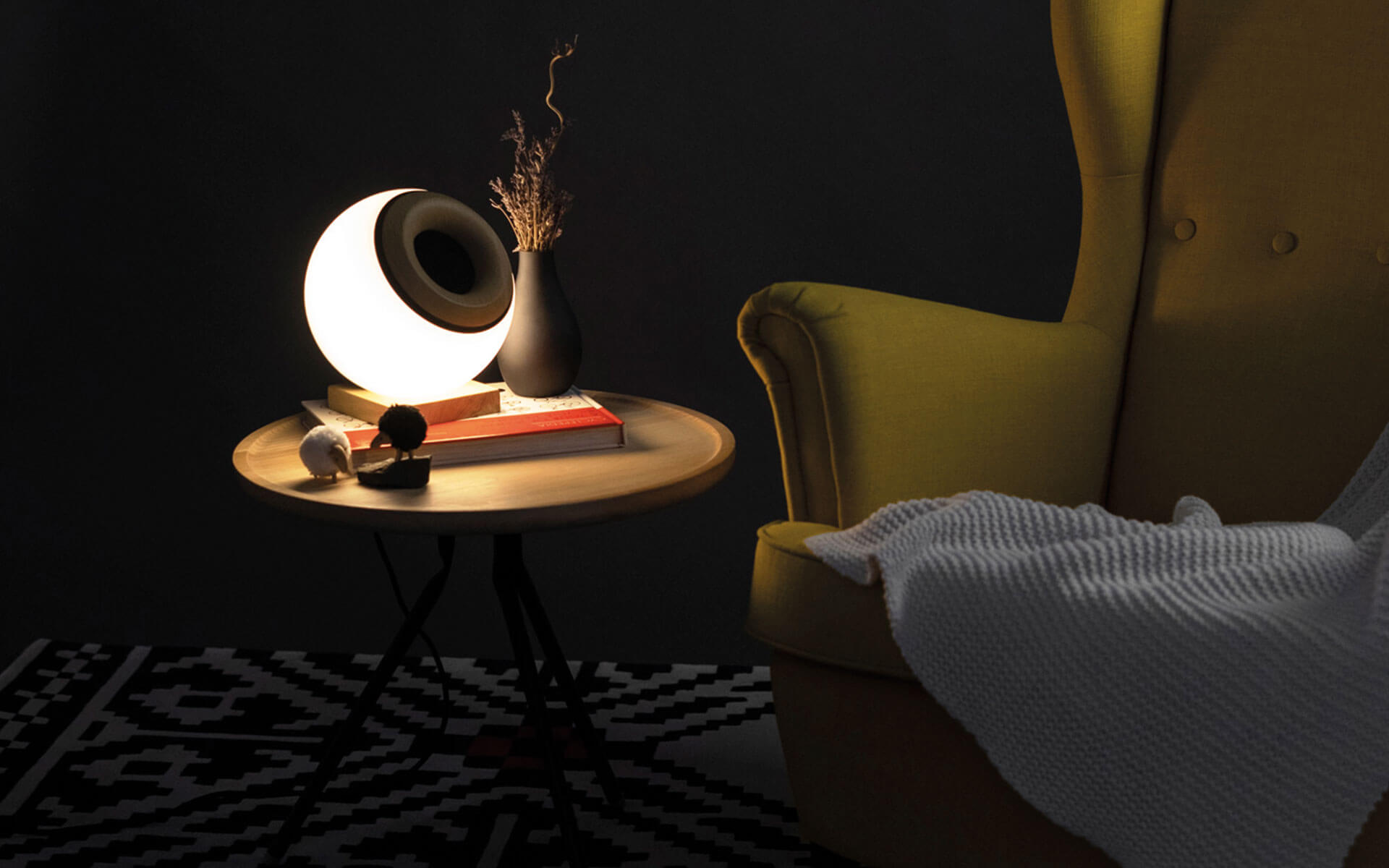 The households of the future will be clean and simple – that’s how most of us imagine them. They will blend in technology into our every day lives unobtrusively and make the way we interact with the objects in the rooms we inhabit easier and more natural.

The motto of ‘own less, do more‘ was what Romanian product designer Vlad Iorgulescu had in mind when he came up with Oupio, a high-fidelity speaker with a smart lamp that aims to add ‘human-centric’ lighting into our homes while delivering quality sound.

“Ambiance should be dynamic and respond to our human needs – so it can have a positive influence on our mood, health and well-being. And while current technologies offer a vast array of functionality, they also create a vast array of clutter.” Iorgulescu said in a press release. “So we also need hybrid products, with mixed functionality, that merge tech with interior design principles and, as a result, seamlessly integrate in any home environment. Companies such as Google call the application of these notions ‘neuroaesthetics’. We prefer to call it good design. ”

He went ahead and applied his architectural knowledge to a product design that can truly define a room’s ambiance and, much to his surprise, he found that integrating sound and light is not as easy as it sounds.

“They don’t like being together in the same small space. For example, the LED drivers create noise and the LEDs themselves generate a lot of heat that we needed to dissipate so it would not interfere with the sound,” he explained.

But he made it happen and came up with his own unique design: a spherical shell of while opal glass, anodized aluminium and wood, which he called Oupio.

Both the audio and light experience can be controlled via a touch interface that can be found on the central speaker ring so, just like that, with one touch, the entire atmosphere of a room can easily shift.

The ring of light holds 20 high-powered LEDs that can deliver crisper, colder hues or warm, yellow tones, depending on the mood of the user. The LEDs can last a minimum of 10,000 hours, so don’t worry about finding yourself too comfortable around the device – on the contrary, take all the time you need to enjoy it.

On the audio side of things, music (or any other sounds you might prefer for relaxation) can be streamed via Bluetooth only. A streamlined Balanced Mode Radiator technology and a pair of co-axial drivers offer a frequency range of 65Hz to 20KHz that can deliver a top volume of around 90dB.

Oupio launched on the 26th of June 2019 on Indiegogo and the campaign features special rewards and, of course, discounted rates for the backers and early birds.

If the campaign proves to be successful, the first Oupios will be delivered sometime in July 2020.