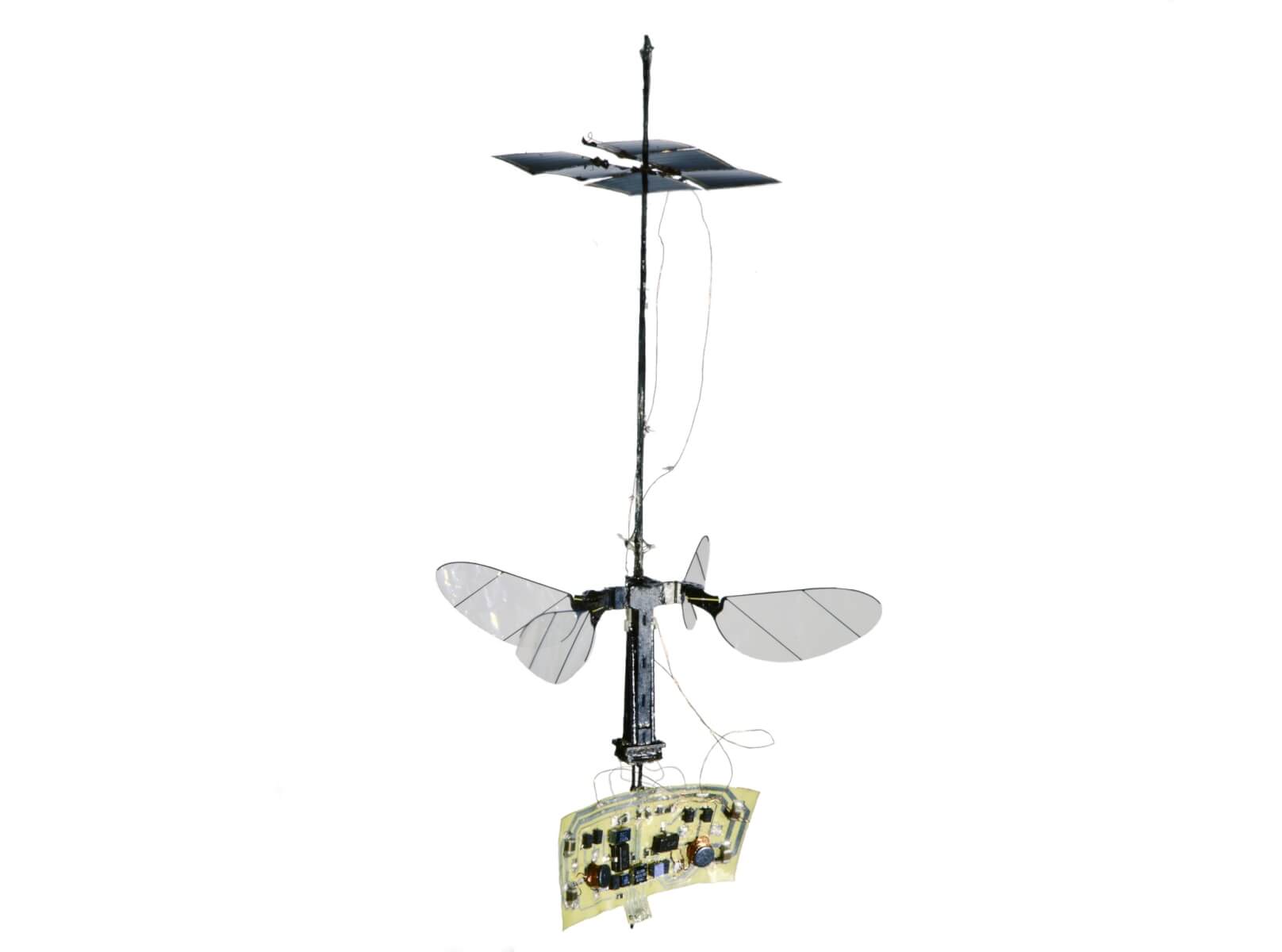 A while ago, researchers from the Harvard Microrobotics Lab introduced the first RoboBee, a robot bee the size of a paper clip that could fly around with two wings. It was a pretty cool project because it showcased the fact that yaw control was indeed possible with two wings.

With that paper clip-sized success as their foundation, the researchers, led by Professor Robert J. Wood, have introduced the four-winged version of the RoboBee, dubbed RoboBee X-Wing, who can fly untethered thanks to solar cells and a light source.

Robot Fish Can Swim For 36 Hours

Because the extra wings can aid in increasing the RoboBee’s efficiency by 30% and help it compensate for the weight of the solar cells and all the other electronics.

“Moving from two wings to four wings was really a factor of, how do we increase our lift without also increasing our power consumption?” Harvard University engineer E. Farrell Helbling has said. He is the co-author of a new paper in Nature which discusses the RoboBee X-Wing. “So we can still stay within this regime where we can carry onboard power with such a limited payload capacity.”

The RoboBee X-Wing is only 5 centimeters long (1.9 inches) and it weighs 259 milligrams altogether.

At the very top of the machine we can find the solar cells and at the bottom the drive electronics that are needed to boost the voltage that they receive from the solar panels.

The maximum voltage that can come out of them is 200 volts and they’re responsible for driving the actuators that help the wings flap at 200 Hz.

It looks a little strange, sure, but there’s a logic behind it: the solar panels need to stay away from the airflow of the wings and, at the same time the design ensures that the robot’s center of mass stays where it’s supposed to: where the wings are.

The researchers opted for solar panels because the kind of battery it would need to power up its wings would have been too heavy. In addition to that, they wanted to get rid of the tether the first version of the machine featured and that meant they had to figure out how to give it some sort of wireless power source.

Forget About Drones: This Hummingbird Robot Is Here To Steal Their Jobs

The best choice for now was to use powerful lamps, however, this X-Wing version is not prepared to be sent out into the wild just yet, as it’s not quite practical due to all the power it requires.

During the tests the researchers performed in the lab, the X-Wing only managed to stay in flight for half a second, so the solar cell technology and the batteries will still have to go through some redesign work.

The researchers also have to figure out how to keep the robot going if it ends up in the shade.

Its 25% larger version will be able to function outdoors but that is still a work in progress at the moment. According to the researchers, they should be able to keep the larger X-Wing sibling going for more extended periods of time. 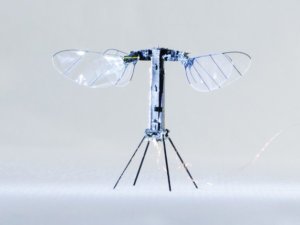 “Studying a system like this, it kind of forces us to think really, really hard about optimizing everything,” Harvard robotist and co-author of the study, Noah Jafferis said.

Al the small-scale engineering that goes into making the X-Wing an autonomous robot of sorts is expected to benefit other technologies in the long run as well, such as medical devices that could be built in centimeter or millimeter scales.