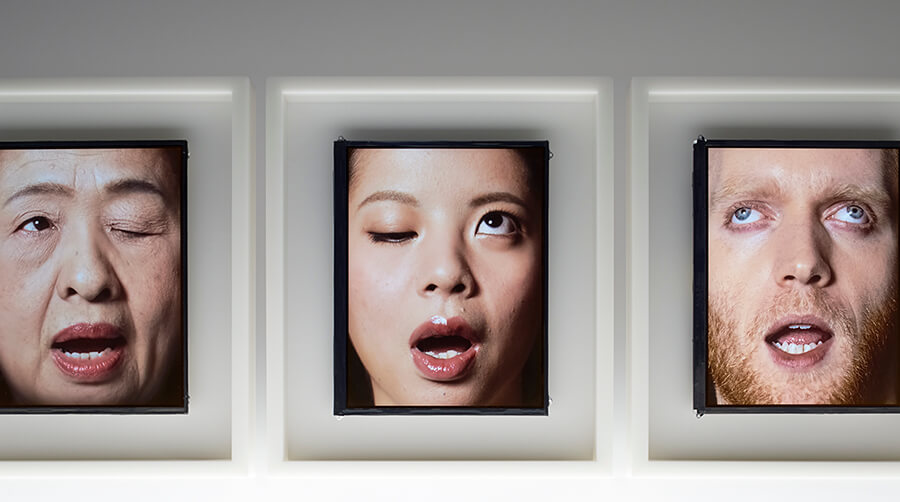 Wanna scare the hell out of your friends this Halloween? Don’t go for the classic skeleton in a closet joke or cracking noises soundtrack. You don’t even have to redecorate your house with cheesy ornaments this year to see their frightened faces. It’s enough to place this creepy Japanese clock where it can be heard and seen… on and on… #objectmagic

Japanese design studio we+ came up with a bewildering idea for their latest wall clock. It has a minimalist vibe, if you think about it, disposing of analog hands, but it’s more alive than any other similar device. That’s because we+ decided to use human faces to keep track of time. They’re not smiling faces of children, either (hence our Halloween suggestion).

Nope, the Patience clock comes in three variants; one with the face of a young woman, the other with the face of a man and the third focusing on the portrait of an older lady. None of them are stills, though; they’re actually videos in a loop. The design studio recorded these people blinking, opening and shutting their mouths.

The eyes are supposed to be the clock hands, with the right eye indicating hours and the left eye indicating minutes. The mouth opens and closes to tell seconds. Therefore, you get a pretty distorted face with annoying popping noises escaping constantly. Not at all soothing, but actually unnerving.

We+ says the Patience clock is supposed to represent the heavy burden that time has on human life. But more than depressing and thought-provoking, it’s completely creepy and fit for Halloween.