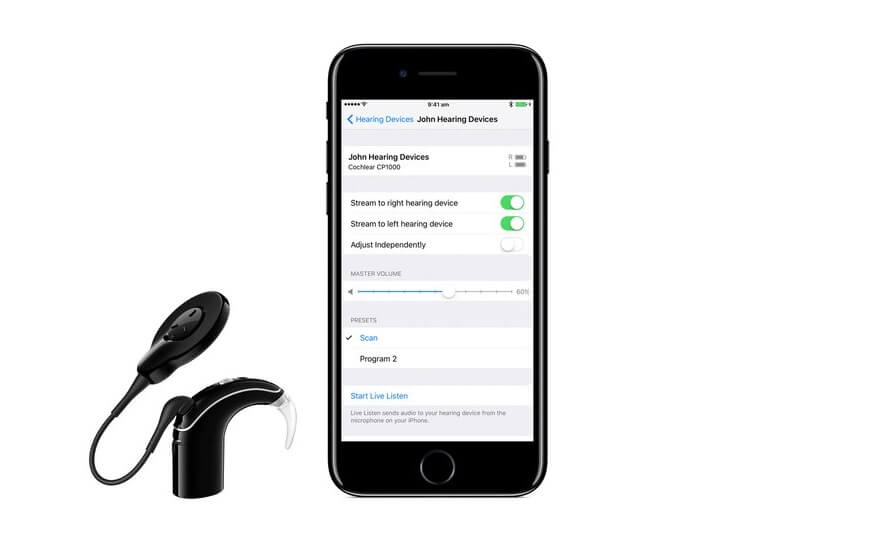 Thanks to the Apple-Cochlear partnership, there’s now an implant capable of sending phone calls, as well as music or TV show sounds directly to the brain. #objectmagic

In 2014, Apple’s Made for iPhone technology worked for hearing aids with Nucleus 7 sound processor. Now, the same tech supports cochlear implants, effectively sending radio signals to the auditory nerve. No other devices required to pick up the audio. As opposed to hearing aids, cochlear implants are connected via electrodes to the nerve and are removable only with surgery. They don’t amplify sounds, but send them directly to the brain.

In June, Apple got FDA approval for Cochlear’s Nucleus 7 sound processor, finally linking implants to phones and tablets. To do so, Apple developed Bluetooth LEA (Low Energy Audio); the new technology doesn’t drain the battery and still pairs the iPhone with the implants, like it would with one of their accessories, such as AirPods. Then, when a phone call comes, the user simply has to hit the button to answer it.

The implants are capable of streaming audio directly from the iPhone into the central nervous system. One of the first users to check this technology is Mathias Bahnmueller. The 49-year-old executive in automotive safety underwent surgery for a cochlear implant last year and should have been dealing with chunky remote controls to adjust its settings, as well as extra equipment to connect the smartphone with the implant. Now though, thanks to this tech, “his over-the-ear device linked to the implant is streaming directly from his iPhone—essentially putting the conversation in his head.”

“Our goal was to get rid of all those extra things that need batteries and can get in the way, so when a phone call comes in you just hit the button to answer it and that sound is streaming into your hearing aids,” explained  Sarah Herrlinger, Apple’s director of global accessibility policy, for Wired. Well now, that’s more than a possibility, it’s reality.