Photographer Took Over 2,500 Portraits To Show Every Skin Color Is Beautiful - TechTheLead 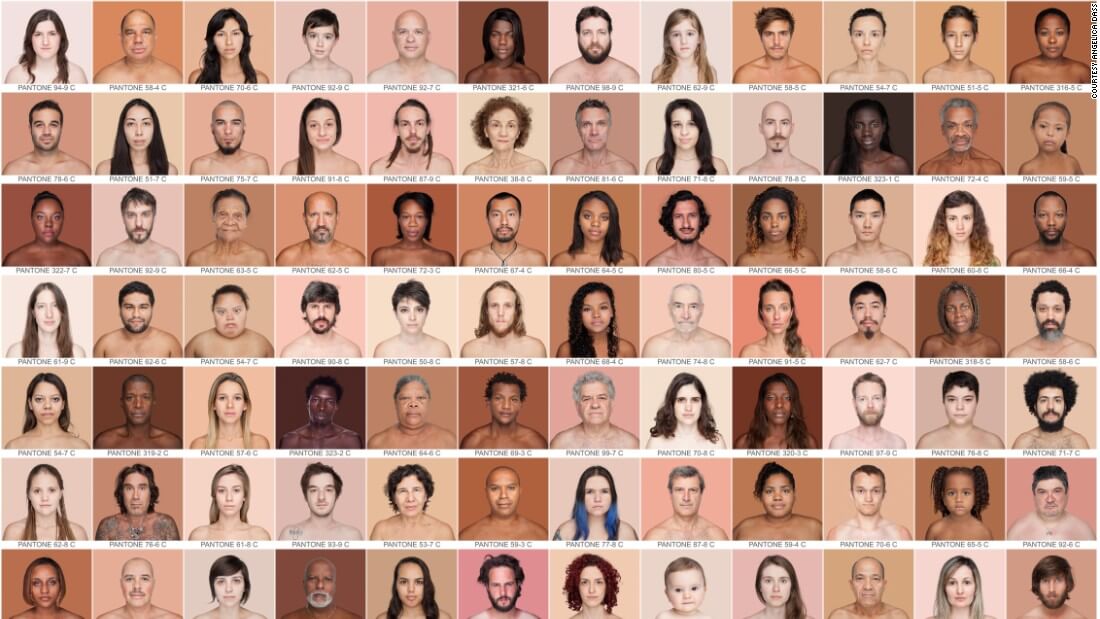 One photographer spent 3 years and traveled to 12 cities to capture beauty, in every shape and color. Angelica Dass shot more than 2,500 portraits of men and women and matched them with Pantone Institute’s color catalog to show that every skin color is beautiful #fotomagic

Photos can make viewers daydream, think, stare, inspire and even embrace their identity. The latter was especially true in the case of Angelica Dass’  Humanae photo project.

The project started with her parents. They volunteered to help Angelica with her Master’s Degree. But soon, it attracted more people, happy to share Dass’s goal: initiate a discussion on identity.

After traveling from city to city, 36-year old Dass realized she had captured 2,500 portraits for a thought-provoking chromatic inventory of humanity. She wasn’t done of course, but it was enough to “subvert our codes”. With no information about the nationality, origin, economic status and age of the volunteers, we, the viewers, could look at their beauty without judgement.

For the final touch, Dass dyed the background of each photo with the exact Pantone tone extracted from an 11×11 sample of the face captured. The contrast between the skin and the background therefore disappeared, making us see the similarity between the two, not the difference.

At this moment, Humanae is on exhibition at Gund Gallery in Gambier, Ohio, but you can see the pictures on the photographer’s Tumblr. That said, the project is far from being over – Dass hopes to have more photographic sessions and this time, on every continent.