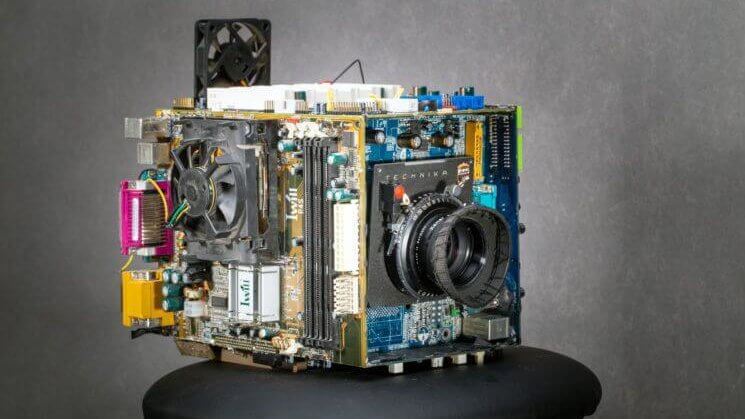 Most people throw away the computers once they completely break down or give them away for recycling. However, Iranian photographer Alireza Rostami had other ideas: he decided to repurpose it and turn it into a camera.

Rostami set aside some of the various computer components and used them to build a light-sealed box for the camera body and then added a wooden backing in the rear, which was used to hold his film and, finally, a Linhof lens mount at the front. 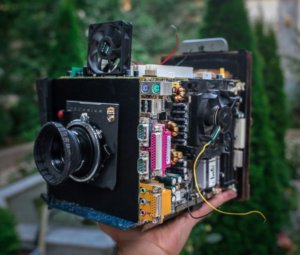 “I found it very exciting and beautiful. Like space science fiction. And now I have a very special camera,” Alireza said.

But repurposing an old computer was not the only reason why he chose to to create the camera box – he also wanted to remind people that there is a way to produce less waste by repurposing old items or simply recycle them, in order to give the environment a helping hand. Alireza believes that, if younger people will see his project, they will also get inspired to create while keeping sustainability in mind.

One of his future projects involves creating a computer camera that can also double up as a computer but he still needs to figure out the ins and out of such a task.

Of course, you’re wondering: does it even work? Apparently it does, though the photos are not what we’re used to nowadays: they have the eerie, faded quality of old photography from the times when we had not quite figured out lenses and cameras as a whole. You can have a look at the photos shot with the quirky camera below. 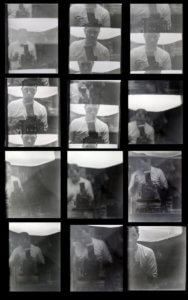