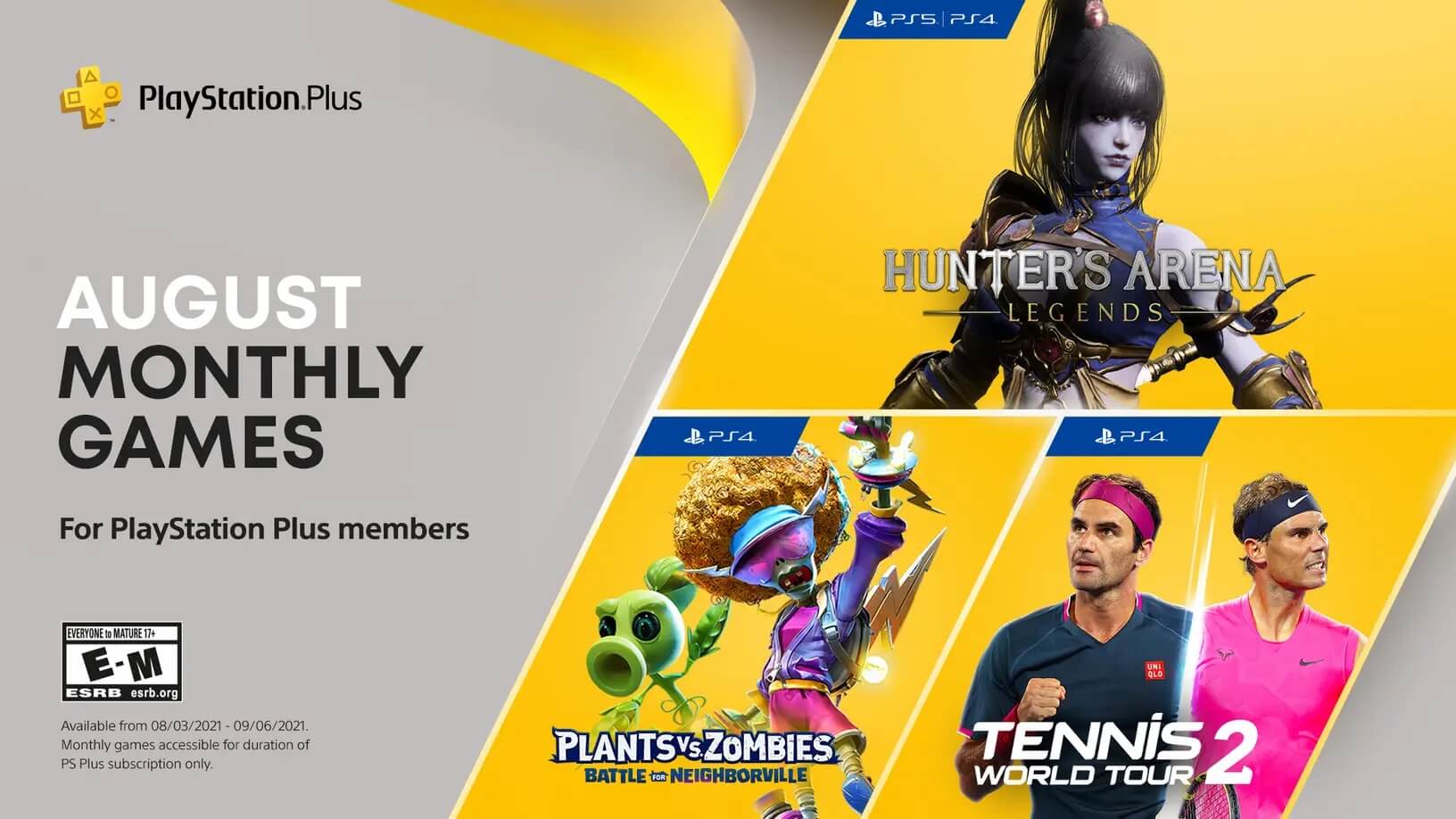 Every month, PlayStation Plus subscribers get a selection of free games to download, keep, and play as long as they continue being members with the service.

For the month of August, subscribers can download Hunter’s Arena: Legends (PS4/PS5), Plants vs. Zombies: Battle for Neighborville (PS4), and Tennis World Tour 2 (PS4). All games will be playable Tuesday, August 3rd.

Here’s a brief description of each game:

This mythical take on the battle royale genre was announced earlier this month during the July State of Play. It is a 30-player royale where players can use both martial arts and swordplay to defeat both other players and enemies which stand in the way of the elusive victory.

Plants vs. Zombies: Battle for Neighborville

Plants vs. Zombies meets a class-based team shooter in Battle for Nieghborville. Players can pick one of 20 customizable character classes based on the iconic Plants vs. Zombies series and battle it out on either team Plants, or team Zombies. Modes include the traditional team-based shooter, but there are also PvE and Battle Arena game modes to play.

Play fairly classic tennis gameplay using world-renowned professionals or a character of your own. The Career mode takes players through the life of a professional tennis player, managing season, staff, equipment, sponsors and more.