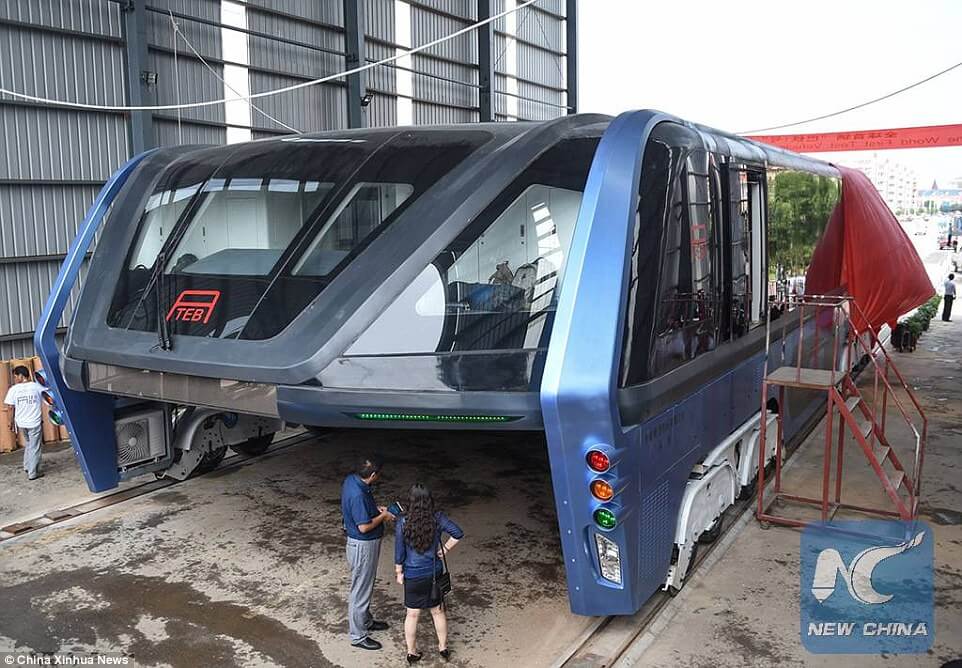 The straddling bus concept that made headlines last year proved to be… a scam. A police investigation was launched after weird setbacks and suits were filed against the company behind the bus concept. #automagic

It seems that we won’t see a 72ft long bus with 300 passengers on board moving six feet above from the street anytime soon.  The prototype showed last summer was, well, just for show. Chinese police are almost certain of that, after launching an official investigation. In the months after the big publicity stunt, several things started falling apart.

First, the payment for the design firm behind the project, Autek, was postponed indefinitely. They were supposed to get millions for their work on the bus, yet Huaying Kailai, the platform behind the TEB, didn’t pay them a dime. Secondly, the test tracks and the bus itself were abandoned at the beginning of September, instead of being removed as agreed. In the end, the government took apart the tracks and moved the prototype to a parking garage.

Last but not least,at least 72 investors filed lawsuits against the company. Ironically, the firm had succeeded in raising 9.1 billion yuan ($1.3 billion) from them but delivered nothing.

These events prompt the Chinese police to make a move and investigate whether this was a scam after all (it was painfully obvious by 2017, anyway). The authorities are accusing the company of illegal fundraising and are now holding over 30 people involved in the TEB business.