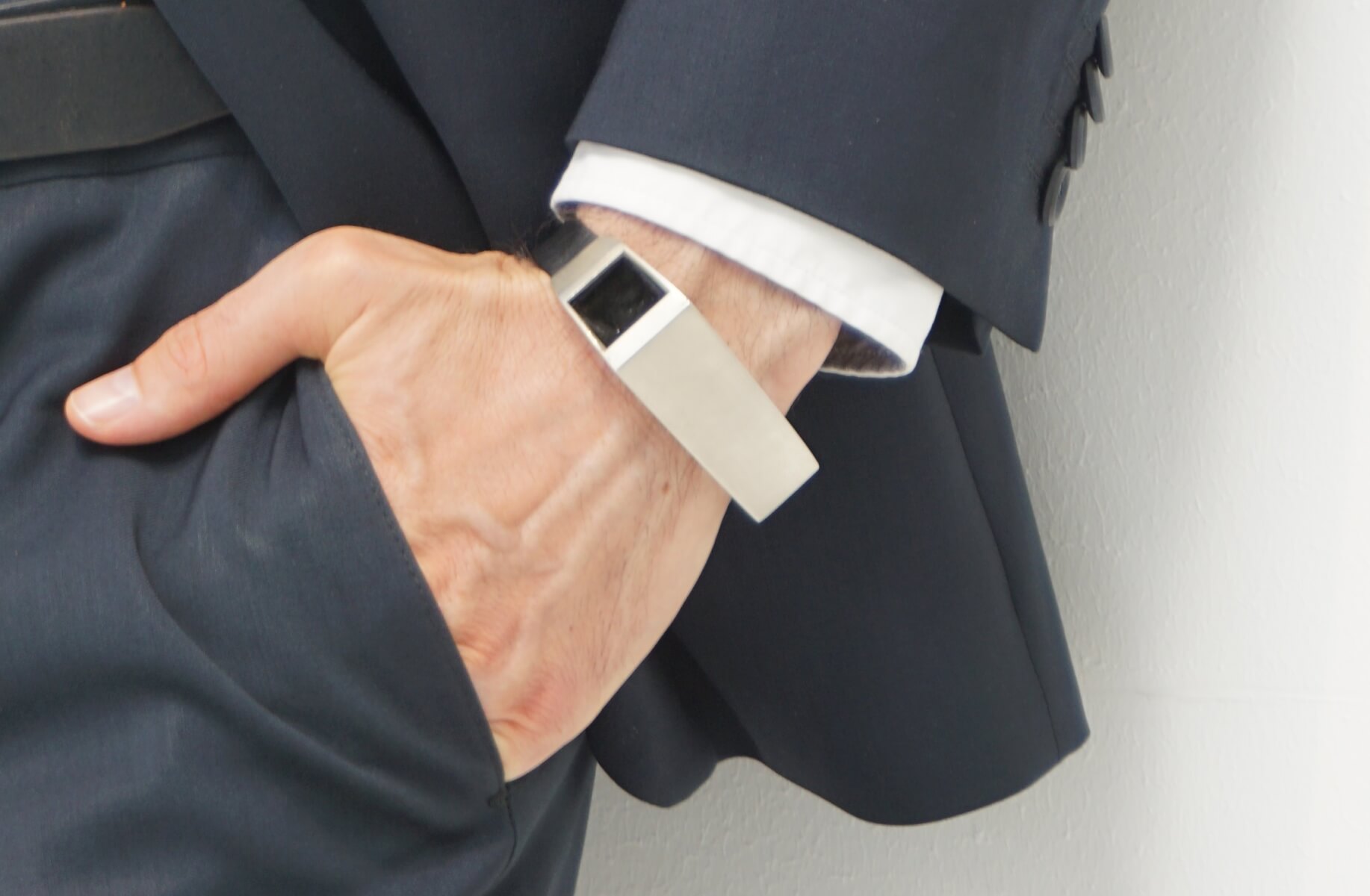 Most dads-to-be are happy to share the pregnancy joys with their partners, right? Jewelry designers in Denmark at least thinks so, and they developed a wristband that sends a signal every time the baby moves and can even, they claim, mimics those movements #objectmagic

First Bond Wearables have worked on a wearable that, when worn by dads, can make them feel more involved in the pregnancy process. Instead of waiting to get a feel of the baby’s kicks and movements through skin contact, apparently a future father is going to be thrilled by the idea of making the mom wear a patch so he can sense every move, in real time, everywhere. Yeah… we don’t get it either.

Nevertheless, the technology behind it is interesting. The patch sends all the alerts through GSM to a chunky wristband called Fibo. Here, the designers passed on the classic haptic feedback through vibrations and used rotating beads. These move in sync with the baby, reproducing the tiny punches and kicks in a way that makes the user discern between the two.

During usage, Fibo collects movement data which can be used to create a unique jewelry design at the end of the pregnancy. As you can imagine, buying a bracelet like this becomes slightly impractical after 7-9 months, so First Bond Wearables wants to deliver it using a rental system.

The Fibo bracelet is likely to be launched next year but there’s no date available.