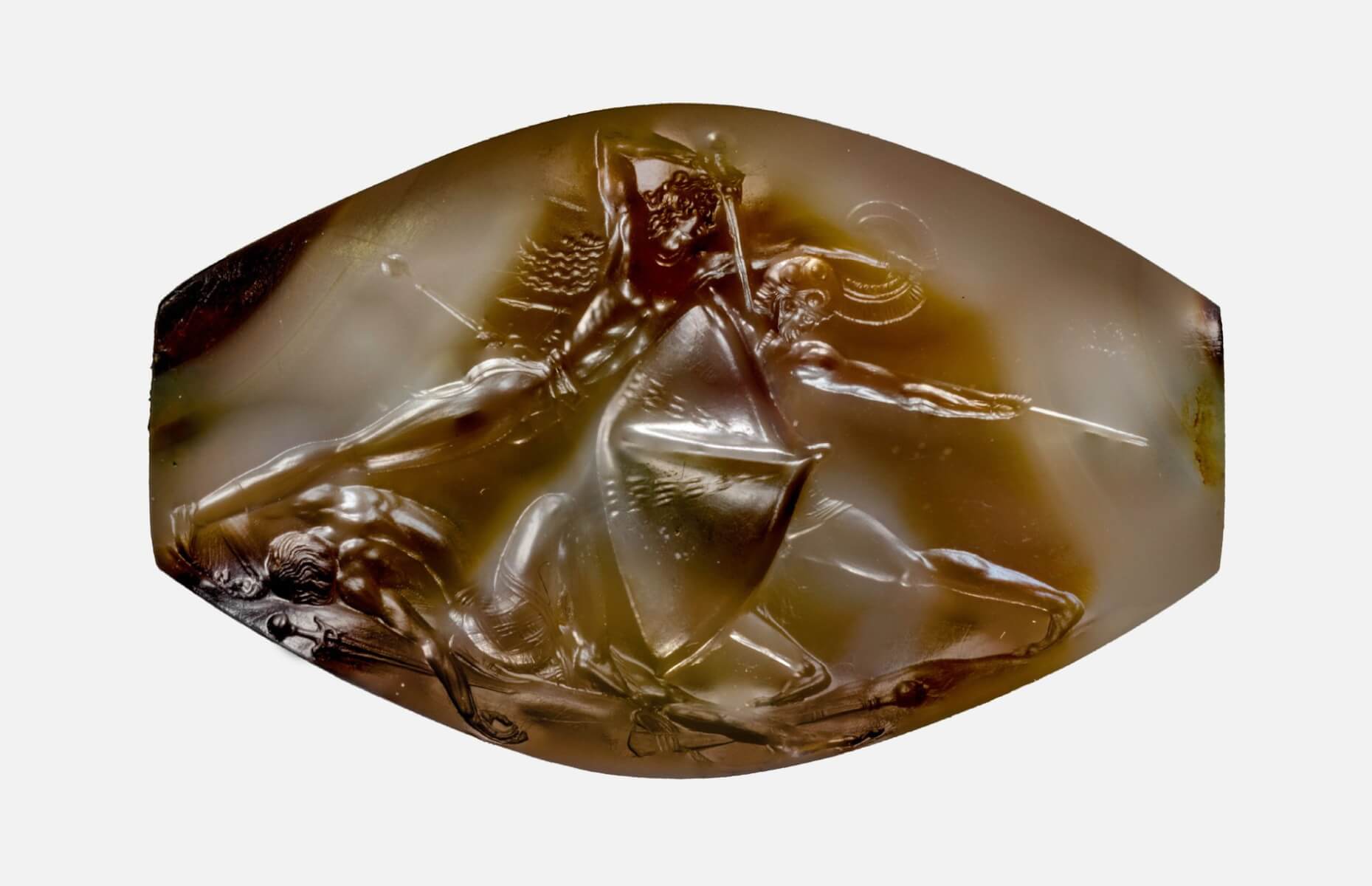 The Pylos Combat Agate, one Minoan stone carving discovered two years ago amazes thanks to its level of detail, almost impossible considering its minuscule size.

Called the Pylos Combat Agate because of what it depicts, this sealstone is just one and a half inches wide, but the artist who made it around 3,500 years ago created an incredibly realistic and detailed picture.

This beautiful gemstone, found in the tomb of a Minoan warrior who lived three and a half millennia ago, “shows that the [Minoans] ability and interest in representational art, particularly movement and human anatomy, is beyond what it was imagined to be,” said department head Jack Davis from the University of Cincinnati.

Sharon Stocker, a senior research associate in the University of Cincinnati classics department, said in a statement that “this seal should be included in all forthcoming art history texts, and will change the way that prehistoric art is viewed”.

If you think the Pylos Combat Agate gemstone is beautiful as it is, take a look at a drawing made by Ben Gardner at the University of Cincinnati. Once it’s in 2D, it’s easier to see just the sheer amount of details and the beauty of what the artist achieved 3,500 years ago.

And the best part? For history lovers, where it came from is a place full of other priceless artifacts.

The Pylos Combat Agate was discovered in 2015 by these scientists in Pylos, Greece, and contained countless other treasures. It is believed to be the most significant archeological discovery in the past 50 years in Greece, especially since the tomb was not looted or disturbed for millenia.

The Minoan tomb belonged to a man who might have been a powerful warrior, raider or merchant. From it, they unearthed perfectly preserved golden jewelry, beads made of agate, amethyst and jasper, and a golden dagger.