We know you like fly kicks but what about smart ones?

Puma is taking the lead for sneakerheads and revisiting history in one smooth motion with this announcement: a revival for the Puma RS-Computer, the smart shoe that actually came out in 1986.

Back then, the Puma RS-Computer Shoe was absolutely revolutionary, featuring a custom chip in the heel that worked as a fitness tracker, recording time spent walking, distance and calories burned. Then, sneakerheads could upload that information to an Apple IIe or Commodore 64 PC which, for the 80s, was pretty hi-tech. If you really want a blast from the past, check out the video above!

Now, Puma is honoring that trailblazing legacy with the Puma RS-Computer Shoe 2018 (called OG, of course), keeping the looks but upgrading the tech. 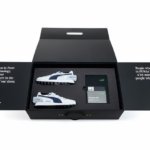 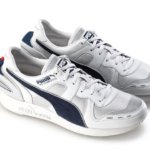 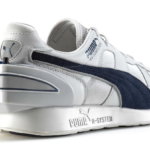 You’ll now be able to charge the shoe using USB and sync the data saved for up to 30 days on the dedicated smartphone app via Bluetooth.

Oh yes, and there are also two light indicators showing the battery left on the shoes and if you hit your daily steps target.

Of course, because we’re talking streetwear and sneakers, a hype-based industry, the Puma RS-Computer Shoe 2018 will only be available in 86 pairs starting December 13th.

If you think you have the chance to cop one, you’ll have to visit one of the few Kith stores or the Puma stores from Tokyo, Berlin, and London – the hubs of sneaker enthusiasts worldwide.

For those left out, the official specs will have to scratch that itch: