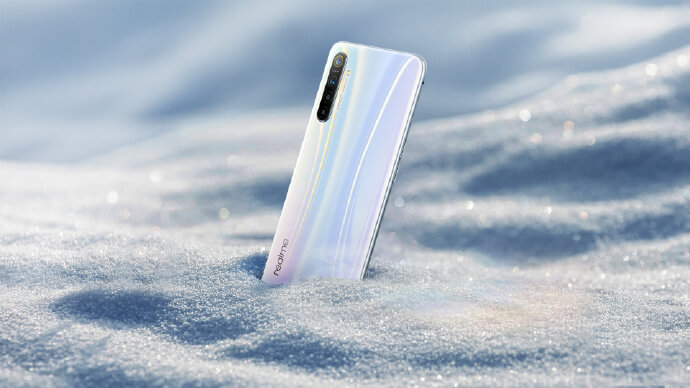 Realme’s XT handset will be the first smartphone to feature a 64MP camera: the company’s CMO, Xu Qi Chase shared an official render of the upcoming device on Weibo and made sure to let everyone know that one of the rear cameras will feature a new high resolution sensor. Most likely, it will be the Samsung ISOCELL Bright GW1.

This new sensor will have the same 0.8 micron pixels as the rest of the 48MP cameras out there and will use pixel-binning technology to deliver highly-detailed shots in most lighting situations. This sensor will also be the one the users will use for digital zooming, as the setup does not include a dedicated telephoto camera.

The other three cameras on the rear setup will include an 8MP ultra-wide sensor with a 119-degree field of view, a 2MP depth sensor as well as a 2MP macro camera.

The company did release a couple of images taken with the new sensor, you can view them in full HD glory here and here.

Aside from this much-talked about camera sensor, the phone will be, at its core, the Realme 5 Pro, with some slight differences: it will have a somewhat larger display, to begin with – a 6.4 inch Super AMOLED with an in-display fingerprint sensor, unlike the Pro, which has a 6.3 inch LCD screen and hosts its fingerprint sensor on the back.

Under the hood, it will host a Snapdragon 712 chipset with 4GB, 6GB or 8GB of RAM alongside 128GB worth of expandable storage.

It will have a 4,000mAh battery that will feature 20 watt fast-charging abilities as well as a 16MP selfie snapper housed in a waterdrop notch.

A 3.5mm port is included as well as dual nano-SIMs, Bluetooth 5 and a ColorOS 6.0.1 set on top of Android Pie.

It’s unknown when the phone will make an appearance, though it’s widely accepted that it will be unveiled sometime in September. Price details are also unknown.

It’s worth mentioning that Realme is in a bit of a race against Xiaomi, who also plans to release the Redmi Note 8, which will feature a 64MP camera. It’s unclear which device will be revealed to the world first but it will be interesting to see what the differences will be between them, if any.